Do you love wild outposts of Nature, where the creatures don’t scurry away but instead come up for a closer look? Do you love being all alone surrounded by soaring peaks, with great walks and good fishing?

If you’ve been toying with the thought of sailing across the bight to Western Australia or coming east from the west coast, then here are two places that will offer a magical experiences and a place to rest.

We’re guessing that you’ve never heard of this droplet of land that pops out the turbulent Southern Ocean twenty miles from Isrealite Bay in Western Australia. A few years ago, we sailed past it on our way west, but didn’t stop as we had wind for many more miles. So this time when going east, we were keen to explore Daw Island. Especially after Ted, our ex-tuna fisherman friend in Albany told us that Daw Island once had a tuna processing ship stationed there during the fishing heyday of the 70s. 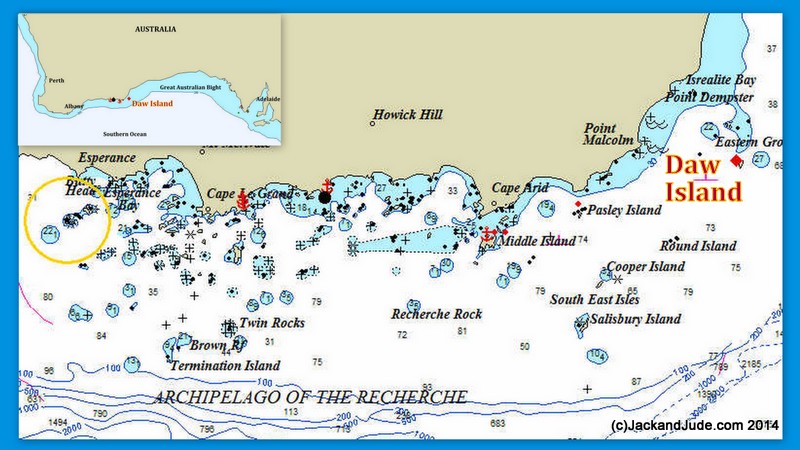 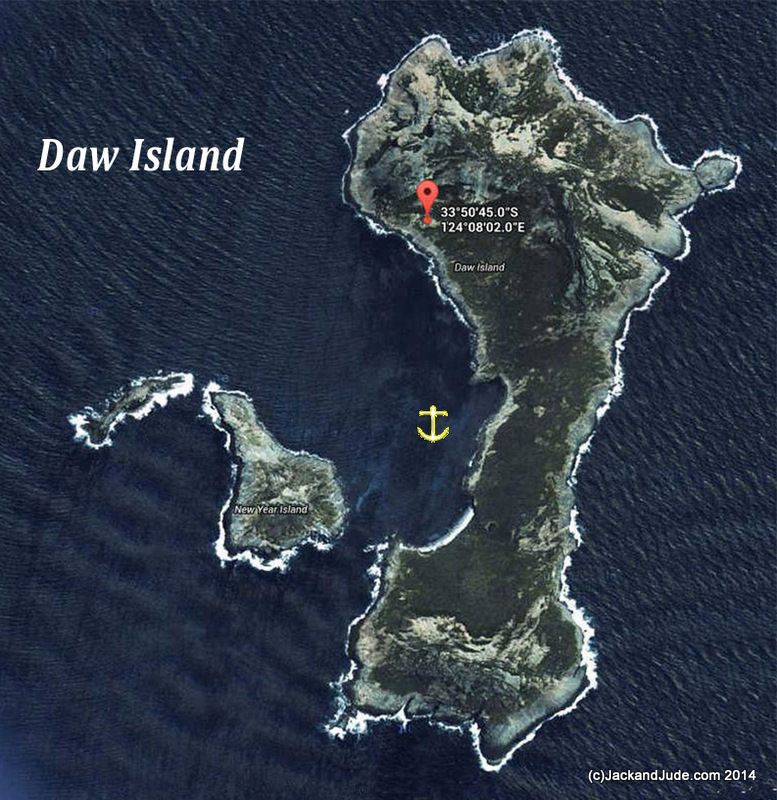 Today Daw Island is an outpost of Nature, a lonely island at the very eastern end of the remote Recherche Archipelago, impossible to visit without a stout vessel and the courage to face Australia’s south coast. Very few visit, mostly fishermen and few yachtsmen, but hardly any pleasure boats venture out that far from help.

Wild creatures live on Daw Island. Cute comical sea lions, majestic sea eagles, plump geese, muttonbirds, penguins, and deadly snakes all coexist with a myriad of other birds and critters that living away from man and his needs. At Daw Island, these creatures raise their families unmolested, far removed from the human specie. At Daw, Nature dominates. And that makes this place special. [Read More]

Investigator Islands
Facing the Great Southern Ocean, this remote outpost for Nature seemed to beg to be investigated, and so we planned to anchor there overnight if conditions allowed. Lying 55 miles west of Esperance, and 15 miles from the mainland, the Investigator Islands, which were originally called Rocky Isles and then renamed to honour Flinders’ ship, are no more than two gigantic granite boulders rising out tempestuous seas.

When first sight ten miles ahead, we were in seventh heaven flying a full main and headsail poled out, both filled by a gentle breeze, our first since leaving Adelaide eight weeks earlier. Gazing at the approaching humps gaining colour and taking shape, Jack was on the aft deck cleaning a recently caught two-meal tuna while Jude prayed the mild swell would not have much affect in the bay trapped between the islands.

These islands are the furthest west in the Recherche Archipelago that contains many areas not surveyed. Therefore, using our chart just as an indicator, we cautiously sailed into this bay that is surrounded by rising granite rock and then carefully skirted the shallow patch off its head, before proceeded with extreme caution expecting the bottom to rise suddenly. Looking about, we saw no sandy beaches, just steep bare rock all around, and so it did not surprise us that we had to sink our anchor into great depths.

Once settled, our next look about found sea-lions littering the rock slopes. Too late to row around, but we didn’t mind, in half an hour the sun would be molten gold behind black rock, providing heaps to see from our floating home. A group of what we thought were NZ fur seals were cavorting about in the rocky gap between the two islands, their dark shapes starkly contrasting against the white breaking southern ocean swells seething with foam. Through binoculars, their dripping wet coats reflected the orange glow of the setting sun through which sea-birds were already flying home.