The Wild Creatures of Diamond Islet

Jack and Jude take you on a tour of this very remote Coral Sea Islet during sea bird breeding season. Thousands of majestic Frigate-birds, the males with red inflated throat sacks, look after their featherless fledglings, as well as rare Red Footed Boobies, Crested Terns and so many others in vast numbers. Jude explains their different traits in this lay person’s tour of a far flung breeding colony. 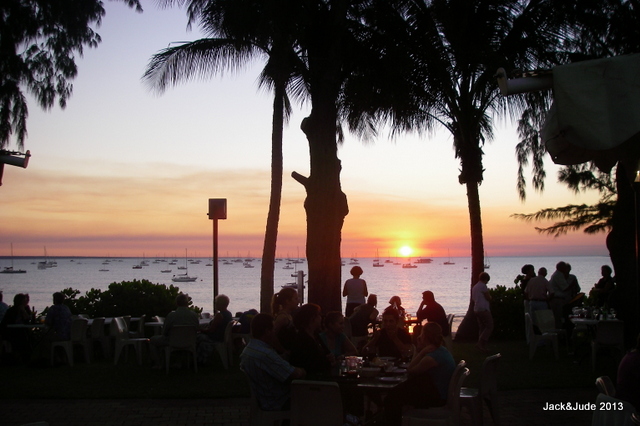 
A mighty enjoyable sail after the strong wind passage up the Coral Sea. Laid back, full moon, hardly touching the sails. One surprise, an Aussie Custom’s boat crept up on us almost silently, until the hum of his machinery had Jack bolt out the cabin, heart in his mouth! 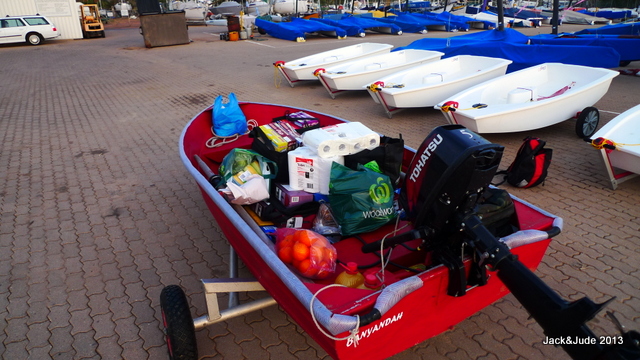 Bum shoulder:
Whinge, whinge, after Jack tore his supraspinatus tendon in Tasmania last Christmas, seems the hammock we love to sleep in, cramped his shoulders till they ached so bad he became an angry bear. Good news though, the week here in Darwin sleeping in our normal bed, along with copious amounts of anti-inflammatories and a bit of alcohol, has settled him down to being almost liveable again.

Our grandchildren wanted to see stormy sailing as they are so used to seeing Banyandah sitting placid like a sleeping giant. So we put together this video of our 660 nautical mile passage up the Coral Sea, driven by gale force winds. We even hauled in a giant fish at the end! Sailing Fast outside the Great Barrier Reef

If you haven’t seen the short Video we put online a few weeks ago of Banyandah sailing rather sweetly away from Mellish Reef, its very dreamy.

We used our very long pole to get the GoPro camera away from the boat for a better perspective. Haven’t had the courage yet to fly the camera from the kite while at sea….

Tracker:
News flash! Banyandah now has a YELLOWBRICK tracker that reports our position twice every day! So, even when we don’t know where we are, you will. Kidding of course. Here is our map.
There’s much more to these devices than a point on a map. Of course we’ve always carried an EPRIB and Personal Location Beacon, both of which can send off a MAYDAY with a GPS position. But that brings out the whole search and rescue mob, when all that may be required is a bit of medical advice and there’s no mobile phone tower. Or you may, when hundreds of miles away from normal communications, want to reassure the kids that everything is OK. For quite a reasonable cost, we have obtained a bullet proof device that attaches to our aft deck tower and communicates with the satellite phone system. We can even control it from our iPod to send messages costing less than $0.20 per 50 characters. G-Layer at Byron Bay, NSW are the people you want to talk to. So helpful, and GREEN. Italian Johnny has worked 20 years for planet Earth with Green Peace, and he loves the wild, plus he’s a sailor with 20 years experience. We really like him. 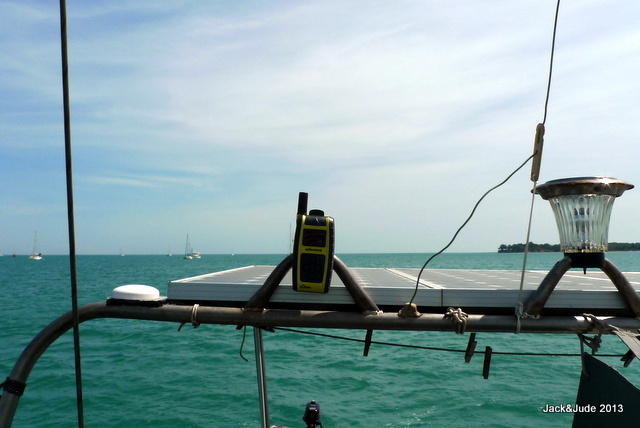 Kimberley:
A new wind system arrives this weekend and like an autumn leaf we’ll be blown west for more high adventure. Our sights are set to explore more deeply a region where we found those magnificent, mysterious Bradshaw Rock Paintings that are thought to be the oldest art on Planet Earth. Again, it’ll be just the two of us, out on dry harsh land, leaving Banyandah to look after herself for up to a week while we search caves and overhangs for more exquisite art. More on that next time.

Last 2 days to order DVDs and Printed Books:
Last post from Darwin is 2nd of August. After that we will be away for up to 2 months.
Price rise afterwards: There will be a price rise for printed books when we return. Unfortunately postage has risen, as has our printing costs, so we have to increase our printed book prices effective the day we sail. Best to get in now.

Till next time,
Dream, Explore, Discover 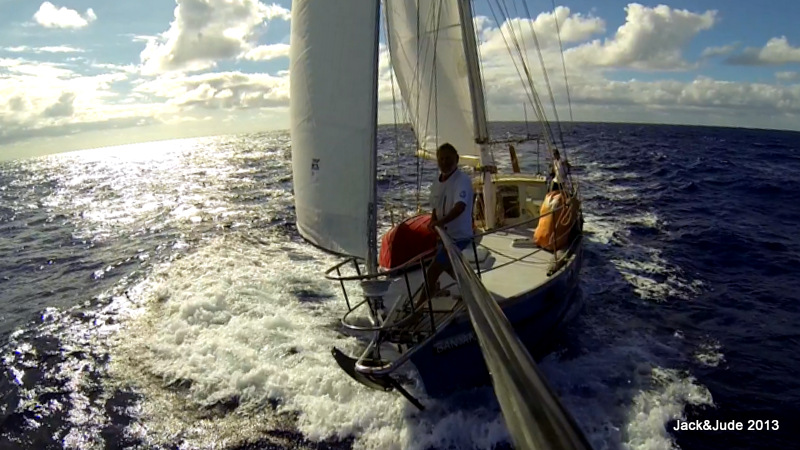