It may seem a simple chore to board a giant silver bird and fly thousands of kilometers away from an inert possession like a boat – but it takes weeks to adjust. Guess we miss our Lady and life afloat, where going on deck there’s always something interesting happening. Be it just a simple cloud drifting across a perfect sky, or a supertanker burrowing through the waves, or a work boat loudly taking workers to the farms, or maybe it’s a sail coming in from afar or just from the next bay, both give us a chance to scrutinize rig and set. There’s always something or someone to watch and engage our thoughts, even if only a faraway empty straight line.

Fortunately the shack has a charm of her own, nice lines, nice spot. Being outside helps. Jude’s been busy digging her garden, finding kilos of sweet potatoes, and has established her seedling nursery in rows of thin stalks following the sun

Back in the shack our priorities are realigned. Family first, and then health, house maintenance, a bit of camping and exploring  – when we get a set of wheels, and lots of time at our workstations reliving and documenting our time afloat in the wilds.

Back in the shack, with our Lady safe and happy down south, we get to dream of times ahead, make plans and prepare for our next jump.

NEW PROJECT
Jack and Jude produced their first DVD in 2009 when standard definition 4:3 was the popular format. Back in those early days we generally shot from the hip using a tape cassette camera, giving our viewers a fast jittery running commentary of our wild exploits. Our first product was a three hour extravaganza showcasing the wilds of northern Australia, which was later re-edited and incorporated into a 90 minute DVD of our 2007/09 circumnavigation of Australia – Two’s a Crew  – Fast and furious – and still a favorite after being shown nationwide at selected venues. From that start, while honing skills, upgrading our cameras and adding sound equipment, we have produced 6 DVDs – Off the Beaten Track in Australia. They can be streamed from our distributor, but until today, we only produced DVD discs.

Moving ahead with innovation
DVD is old technology, they’re cumbersome to make and package, expensive to mail, get scratched, degrade, and only store poor quality imagery. So, we’re moving ahead with technology and can now offer our six adventure destination videos, plus a selection of shorts, on one MEMORY STICK.
Simply insert the USB stick into a smart TV or computer and watch all our adventures on the big screen. Even better, something I’ve long wanted to do, we’re re-editing early videos to produce near HD quality widescreen files. And there’s a bonus, they’re easily posted WORLDWIDE.

Update on Matt and Gill 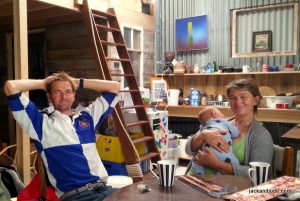 Many of you will remember our first meeting Matt and Gill when miles up a remote Kimberley River on our first voyage north in 2007. They were sailing up the west coast on their first voyage north on Wooshee. Good meet up, admired their spirit, we traded ideas then both went on to great adventures. 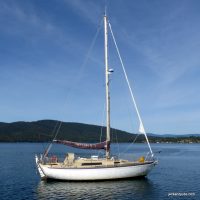 Banyandah sailed the Southern Ocean to Hell’s Gate the first time, and Wooshee to Japan, for a year of work, skiing, culture, then on to the Aleutians Alaska, all that coast with their first son. Settling in Dover, Tasmania brought another son while they were building a self designed straw bale whiz bang house.

That is living the dream – Hard work for sure, Goodonya.

Matt and Gill have launched a great new service to visitors of South East Tasmania –
Hiring out Canoes and Kayaks.

Get out on the spectacular waters of the far south.
Kayaks and Stand-up Paddle Boards for hire.
Fishing Gear also available.
Delivered to you anywhere in the far south region of Tasmania 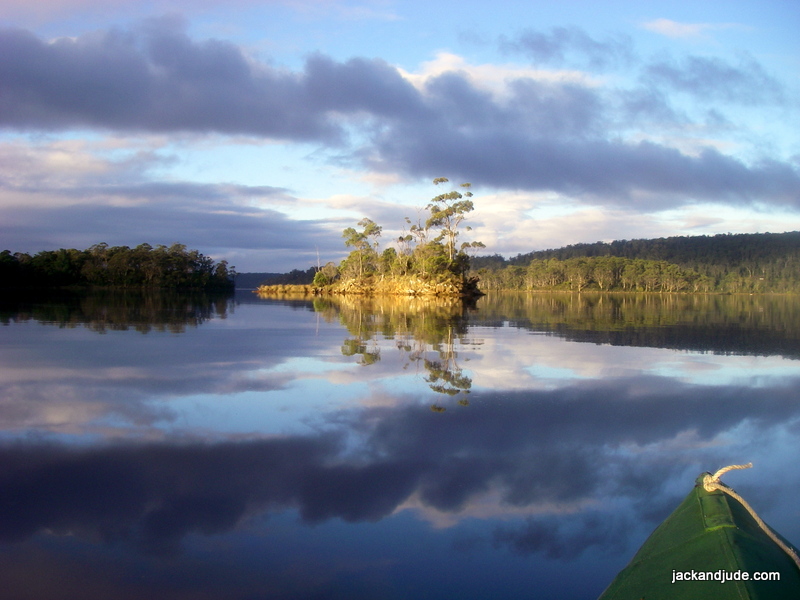 Wow! Having paddled the waters around where Matt and Gill live in Dover, we know it is some of the most spectacular calm water paddling of forested waters past a railway and jetties, both invigorating and fun, heaps of Nature, birdsong the background and peaks. 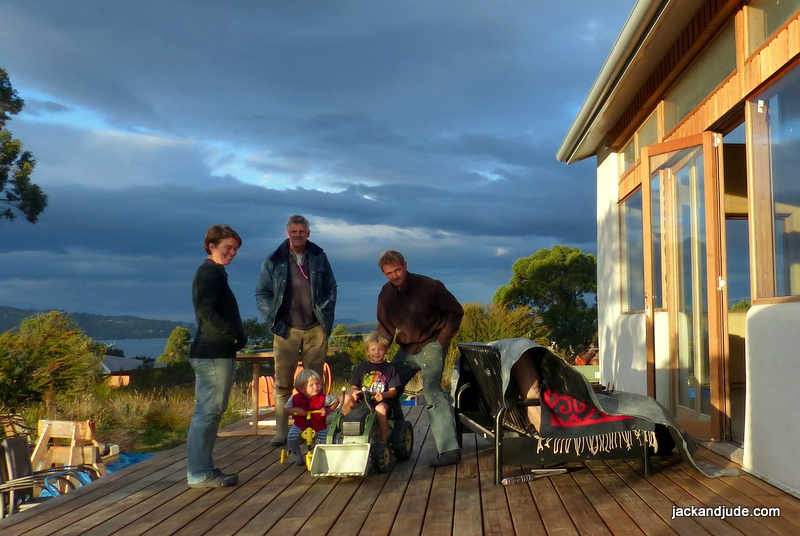 Drones on Board – first published in Deckee.com

I’ll admit to being smitten by our newest addition on board Banyandah. Jude may be our resident photographer, snapping upwards of seven thousand photos each year, plus hours of video – But they’re all at ground level! Three years ago, we tried an experiment, tying our GoPro to a kite before flying it above an isolated sand cay alive with thousands of sea birds. Although the stills are spectacular, the wildly swinging video made us seasick. Later that same year I watched a man in Albany WA fly his drone so high it was lost to sight, and then I persuaded him to show us the footage. Amazed we were!Finding the coin to finance our new love took until last winter, when we took the plunge, investing around $1800 on a Phantom 3 Advance, spare battery, iPad mini, and carrying case. Our first flights had us trembling when thinking our very expensive camera would crash or fly out of sight. This must have appealed to our lust for adventure because in no time at all we were driving to the most beautiful, isolated locations to fly the drone. After that, we took it sailing.There are several important points to remember when flying off a ship. First, the “Return to Home” facility is your enemy, not your friend. Boats move – GPS home positions do not. Next, taking off and landing in a confined space filled with rigging is also a tad bit difficult. But we have found a good place to launch, and hand retrieve. That’s a smidgen dangerous too, but isn’t all life afloat a little like that. Also, these highly technical drones do not like metal as it upset their inbuilt compass – Our takeoff site is atop the solar panels on the aft tower.We are real nature lovers – can’t get enough of the great outdoors, and now with the drone we’re keenly looking for truly beautiful sites to fly – tis fortunate we’re presently down here in Tasmania.In fact, we just used the drone for our reconnaissance and search of a very isolated area – the farm in Farm Cove, which began growing potatoes in 1825 and then pigs for the Sarah Island Penal Colony until it closed in 1832. At that time it was described as ‘fast relapsing into its original state of wild luxuriance.’

After those fires were extinguished, each time we sailed past those burnt hills we wondered what historical treasures might have been revealed. Other members of the Friends of Macquarie Harbour held a similar view, and so together we mounted an expedition to look for the farm that was last in use nearly 200 years ago.

Here’s the aerial footage on Vimeo

If you want to view the whole adventure, go here to see the complete video with the history of this amazing place.

You can see that drones are a powerful tool, great for enhancing story telling, and perfect to capture views otherwise not available to us mere mortals.

If we can be of any help, keeping in mind I’m a P-plate flyer, just drop us a line at info@jackandjude.com