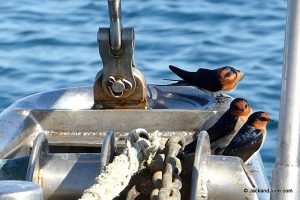 Across the still quiet lagoon reflecting an azure and quartz white sky, our homecoming suddenly lost its carefree feeling of bliss with a call to action warding off attackers.

“Another at two o’clock,” quickly became a whoosh just missing our ears.

“Get out of here,” Jude yelled waving them away. But that only caused them to circle around for another close fly-by. Darting on spitfire wings, this family of Welcome Swallows was definitely not making us feel welcome back on board our craft after her winter facing Southern Ocean storms. But, after finally gaining the deck the invasion was more easily beheld.

Eight or ten of the squeaking avian were calling our aft tower their home, while their relatives numbering another half dozen occupied our open ended boom. Later we discovered another pair happily seconded under our bow rollers where there was height enough to build a mud fortress lined with long narrow leaves and the daintiest of breast feathers. 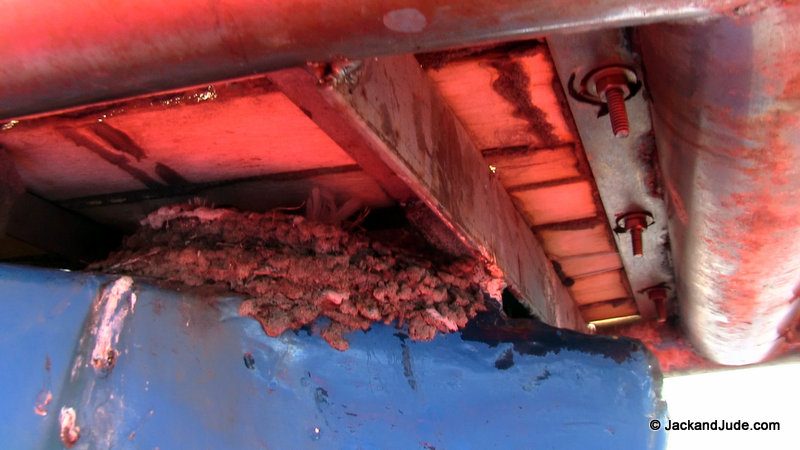 Tucked away under our bow rollers

Thank the powers that decide these matters
That pair must have just finished making their nest and hadn’t laid any of their clutch that can range from two to seven eggs with an average of four. In the other two lodgings we only had found large piles of long slender eucalyptus leaves, but no mud, nor eggs.

Discovering that made us feel a whole lot better, especially as there was still time for the birdies to find a new site and start again. 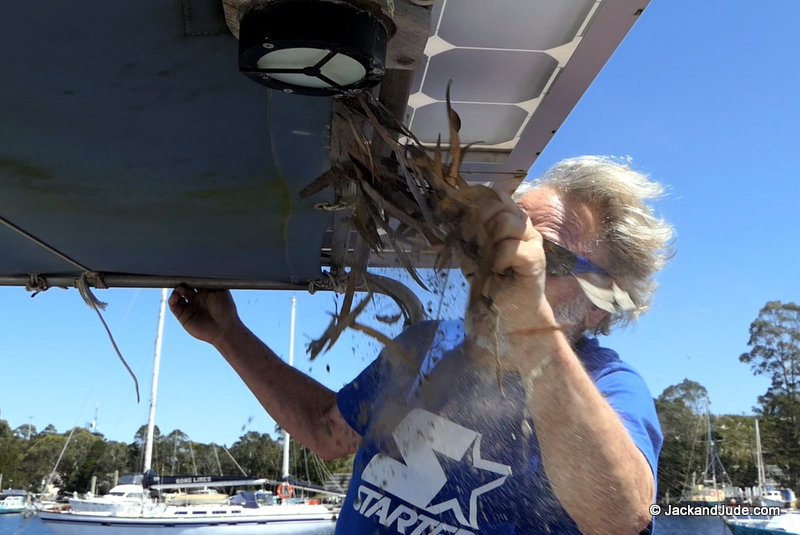 Long slender leaves and some mud, thankfully no eggs

In one way, we were blessed to find that only one pair had constructed a mud fortress weighing down the canvas under our solar cells. But, they must have started early because there were several eggs, about 18 mm in length and 13 mm in width, with pinkish colour and brown speckles, seen amongst the soft feathers lining their nest. So, last year we left them in peace and we all lived harmoniously for the few weeks before tiny chicks could be heard chirping above our heads morning and night. 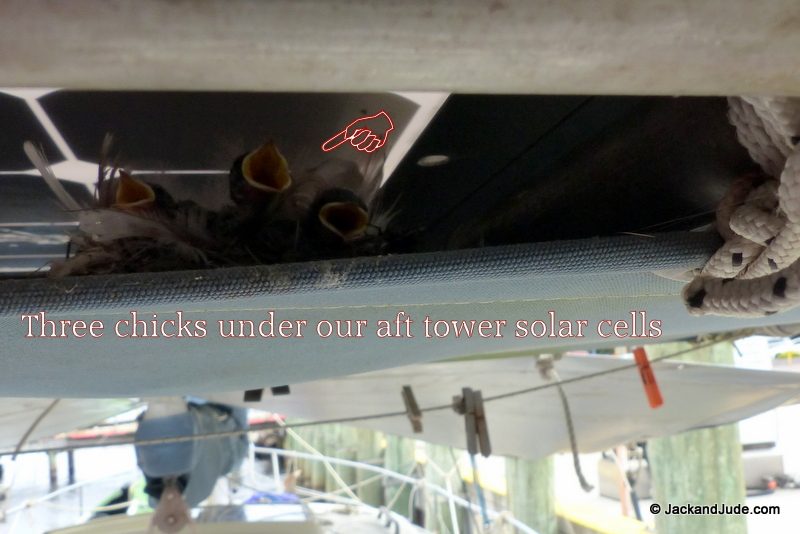 Then came the predicament
We wanted to go down harbor. Wondering whether mummy and daddy bird would be able to follow their nest, we first set off for the dock to take on fuel and water.  But, alas, mummy and daddy didn’t follow. A calamity – Oh, what to do?

Straight away, Jude went off to find baby bird food, and surprisingly returned rather excited with the news that small spiders lived in colonies around the shore lighting, and picking up a pair of tweezers and small container with a lid, she turned about hot in pursuit of baby bird food.

So sad. All for naught. Not for lack of spiders. No, no, Jude had collected around fifty that were crawling all over themselves at the bottom of the container, but even though the babies greedily devoured several, they died overnight, perhaps from the cold without mummy and daddy to protect them from the night chill. 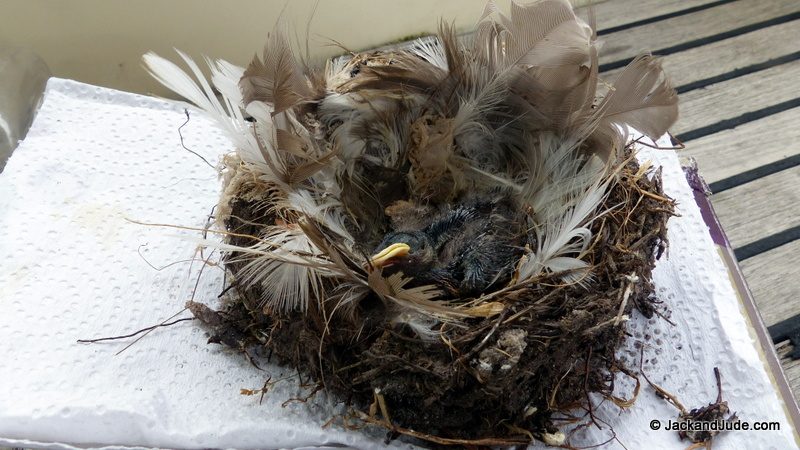 Heart broken, we wondered what more could we have done, and felt miserable, promising we’d not go through that again, knowing we would. And so, Karma has smiled upon us all this year. 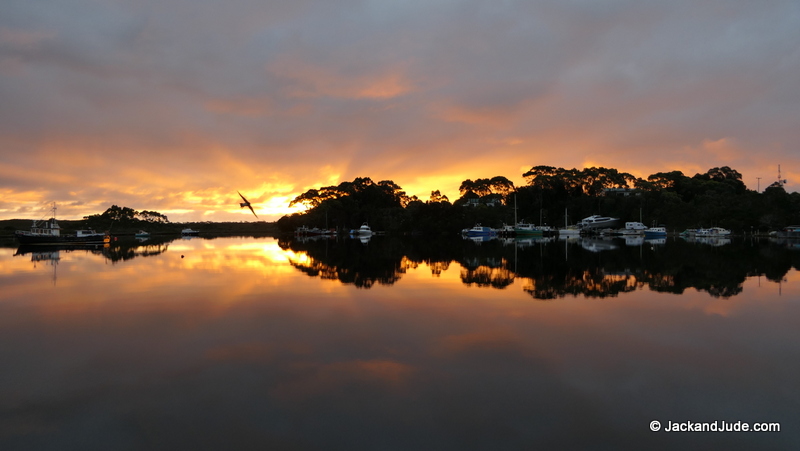 Our feathered friends still swoop the skies around our vessel