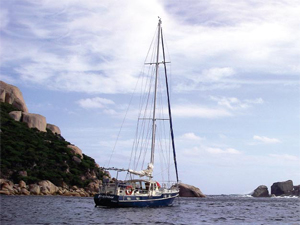 Waychinicup: the locals swear it is safe, but that’s the Southern Ocean just outside that narrow crack.

By the time the Roaring Forties pass under Australia, they have gathered energy from halfway around Earth and are either driving the sea wild or are ready to pounce when next provoked by a depression from Antarctica.

Now imagine two aging flower powers, petals shriveling yet with bright strong hearts, aboard a homemade sailboat crossing this most feared stretch of water. Alone, they must look after themselves and God forbid either be injured or suffer a body malfunction.

With my eyes aglow I have told others about the time we made a winter crossing from Albany to Wilson Promontory, me on the aft deck cudgeling the heavens trying to match Nature’s fury as a black front passes overhead. With that glow replaced by humble respect, I then describe how Banyandah began lifting to a wave that soared high above her masthead. When its top third tumbled and turned white, froth flew from its crest, and roaring like a fast train, chased Banyandah down till it washed over us. (READ MORE) 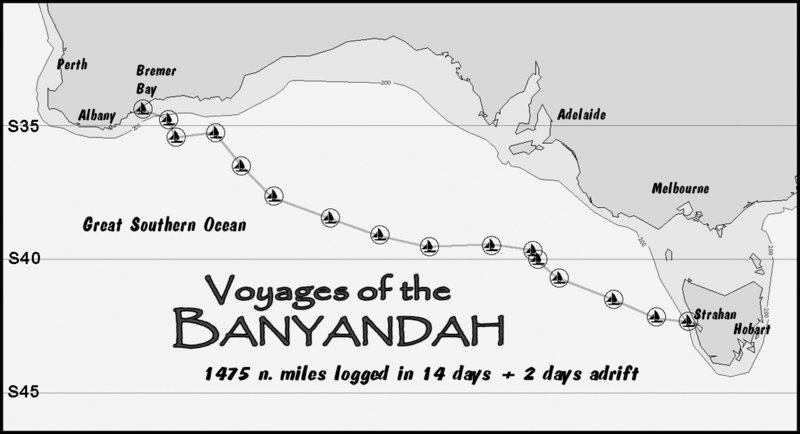 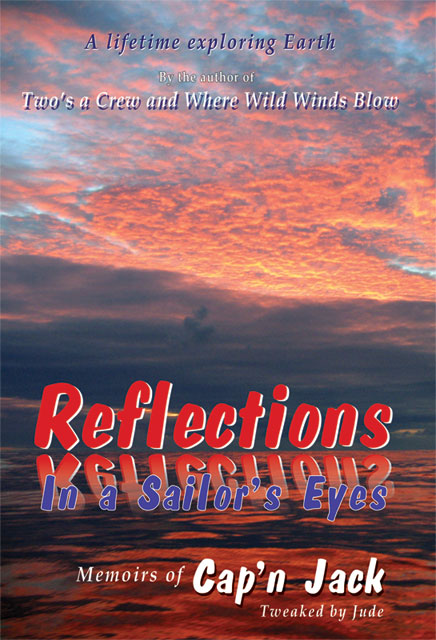 by Cap’n Jack
Tweaked by Jude

Our most popular short stories are now in print with a swag from our early years when sailing with our sons, plus two not told before, African Honeymoon and Malpelo Lessons. Read more on Reflections