The south coast of Western Australia offers stunning coastal scenery, rugged granite peaks, excellent diving and swimming, bushwalking and great fishing. This coast is exposed to the Great Southern Ocean and can be subjected to heavy S-SW swell at any time of year. Keep a keen weather eye on storm cells, even those passing much further south. 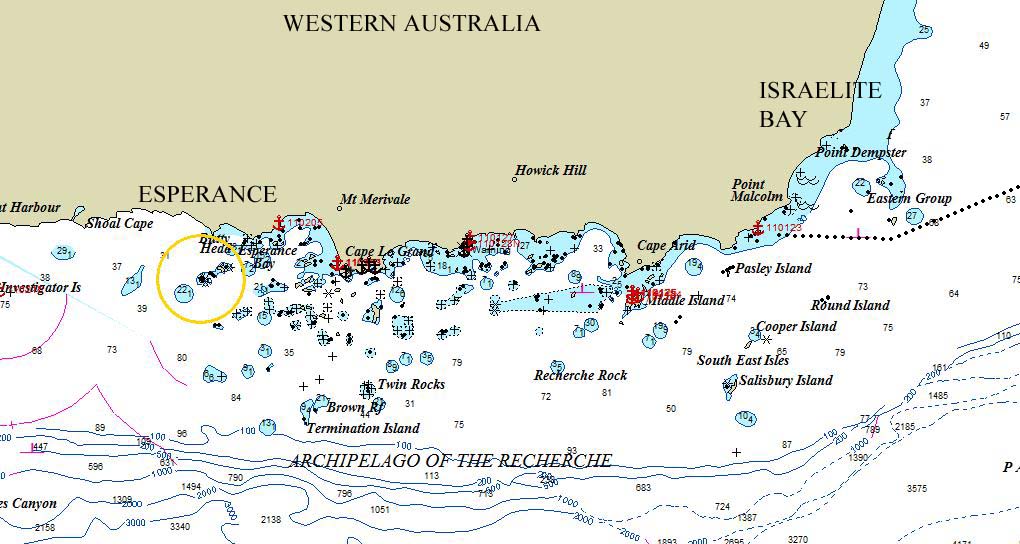 Archipelago of the Recherche is an amazingly beautiful group of 105 uninhabited islands, with over 1200 obstacles to shipping, stretching 125 NM (230 km) from Esperance to Israelite Bay in the West, and extending up to 40 NM (50 km) offshore. During the French expedition of 1792, the area was named by Bruni d’Entrecasteaux to honour the Rear Admiral’s ship, Le Recherche. And the town of Esperance was named for the other ship of the expedition. Matthew Flinders first explored and charted the islands in 1802 aboard the Investigator.

Archipelago of the Recherche 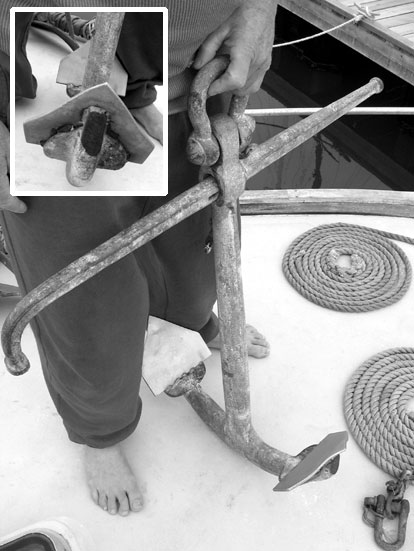 Anyone sailing the southwest Australian coast are in for a rare treat when visiting the Archipelago of the Recherche. But, be ready for weedy anchorages and changeable weather without any assistance or facilities for many miles. In 1814, Flinders wrote of it “this extensive mass of dangers …” Nevertheless, modern vessels aided by GPS navigation and a reliable engine can quite safely enjoy this spectacular area.


For anchoring in WEED: This is our modified Admiralty anchor. It was useless before adding the plates increasing the biting area as well as making the point much sharper. It had a blunt end prior. We got the idea when looking at one of Flinders anchors and remembering the ones used by old timers. 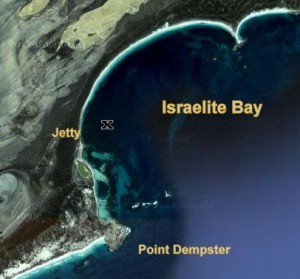 Israelite Bay,
33°35.56’S ~ 123°52.50’E
Shelter from S through W to N
Anchorage formed by reef extending from Dempster Point. Anchor northeast of jetty ruins in 7 m weed and sand. No facilities.
4WD campers onshore. The restored ruins of the telegraph station and the remains of an old homestead are picturesque. The station operated from 1877 to 1927, during which supplies were landed by ships.
Info from various sources. 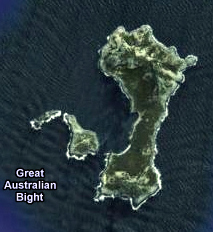 Daw Island,
33°51.179’S ~ 124°08.040’E
Shelter from NE through S to W
Banyandah visited these islands in May 2014 and found good anchorage as the two islands enclose a 12 m deep anchorage, sand with some weed, good holding. Great departure/arrival for Bight crossing. Long time tuna fisher friend told us factory ships used this anchorage as a base in the 70s.
Easy entry. No facilities. Numerous sea lions. Plenty of snakes. Easy walk to peaks. 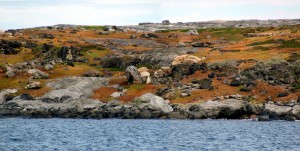 Succulents and granite on Bellinger

Bellinger Island,
33°53.04’S ~ 123°38.89’E
Shelter from ESE to SW
After 497 NM passage from Masillon Is. in Nuyts Archipelago, Banyandah used CQR in 7m weed/sand with SSW15, experiencing light swell from E.
No facilities. Numerous sea lions. Easy entry. Used by Cray fishermen.
Beaut rocks and succulents of brilliant colours. Sea broke mildly through middle of island. Shallow patches reported up to 1.5 nm SW of island, but we did not see them. 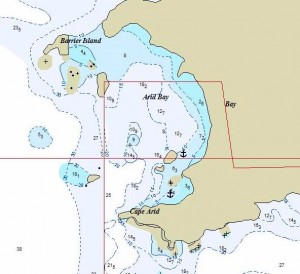 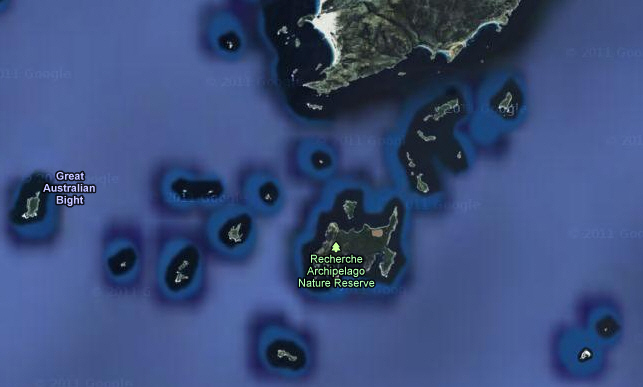 Middle Island is the largest island in the archipelago at 10.8 sq km. Named by Matthew Flinders in 1802 when he climbed the 185 m (607 ft) Flinders Peak to survey the surrounding islands. The island also contains a pink lake, Lake Hillier. The pirate, afro-American Black Jack Anderson based himself on this island to launch raids on vessels making their way between Adelaide and Albany. His treasure has never been found. 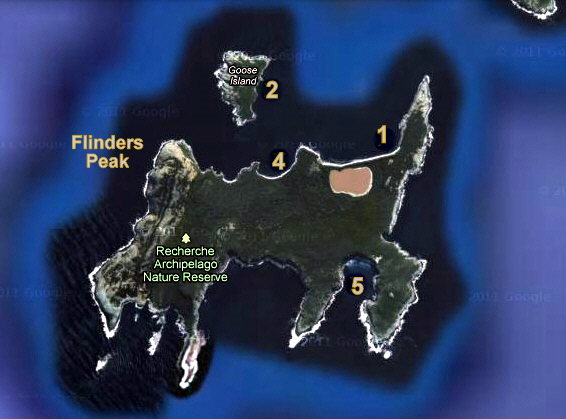 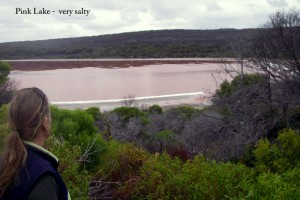 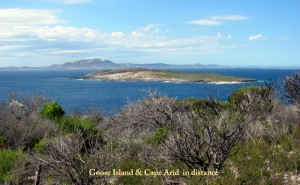 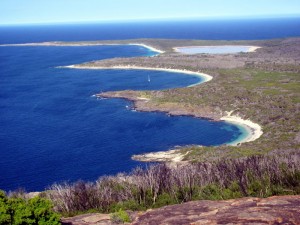 Duke of Orleans Bay, Three anchorages in a semicircular, southeast-facing 1.5 nm wide bay that spirals around from the sand spit connecting Hammer Head to the lee behind Table Island, which is a huge sloping granite headland that rises to 60 m.
Facilities: Caravan Park with general store provides basic supplies, fast foods, ice, and frozen foods. Petrol, diesel, and LPG are also available. 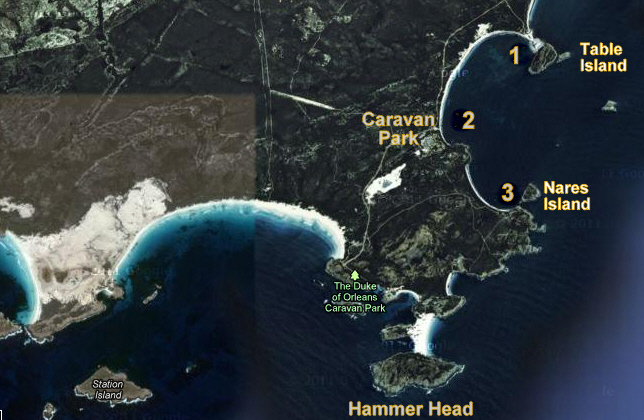 Hammer Head,
33°56.92’S ~ 122°34.41’E,
Shelter from NW thorough E to SE
Beautiful granite and pure white sand anchorage that can be dangerous in S-SW swell conditions. Do not enter next bay south, rock shelf across. Anchorage behind Lorraine Island is shallow and rock obstructed around north, with shallow entrance between mainland that breaks in SW swell. Banyandah had troubled at Hammer Head in rain, strong SE wind and heavy SW swell. Would have been lovely in settled weather. 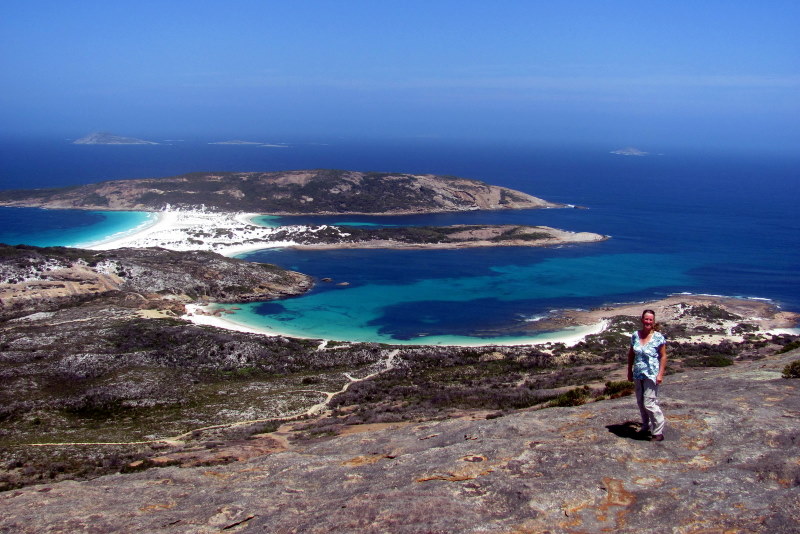 Cape Le Grande was named by D’Entrecasteaux in 1792 after Ensign Jacques-Bertrand le Grand bravely scaled the mast during a severe storm to safely guide the two vessels Espérance and Recherche through the islands and reefs into Esperance Bay.

There are three reasonable anchorages and one lunch spot. 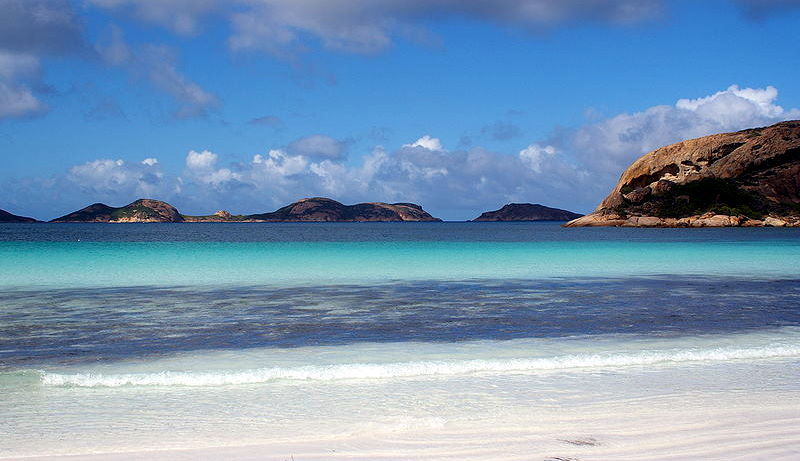 2/ Thistle Cove,
34°00.19’S ~ 122°11.98’E,
Lunch stop only, shelter from W through N to E, very weedy.
History: In 1801, Flinders, named this cove after John Thistle, master of Investigator, the cove’s discoverer. Thistle drowned ten weeks later at Cape Catastrophe.
Flinders said of him: “Mr. Thistle was truly a valuable man… We had mostly served together from the year 1794. He had been with Mr. Bass in his perilous expedition in the whaleboat, and with me in the voyage around Van Diemen’s Land… promoted from before the mast to be a midshipman, and afterwards a master in his Majesty’s service. His zeal for discovery had induced him to join the Investigator when at Spithead and ready to sail, although he had returned to England only three weeks before, after an absence of six years.” 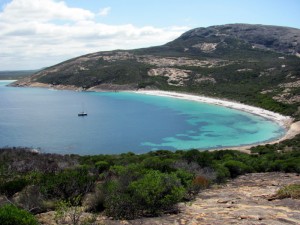 There’s a new yellow mooring closer in this corner

Esperance,
A large town in the Goldfields region of Western Australia located approximately 720 kilometres (450 mi) east-southeast of Perth. The shire has about 10,000 residents. In 1863, European settlement of Esperance commenced with the arrival of the Dempster family from Northam near Perth, accompanied by 500 sheep and 200 horses. Western Australia’s Goldrush of the 1890s saw Esperance rise to prominence as a commercial port with strong sea links to the eastern states. 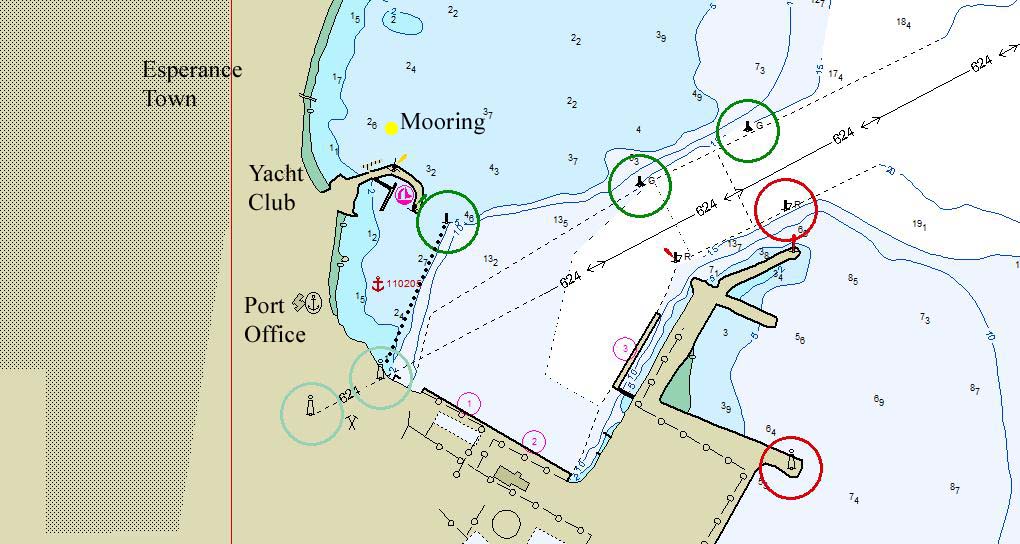 Esperance Bay Yacht Club is very friendly with bar and meals available Friday nights, and bar service Saturday evenings after races. Visiting yachts are highly encouraged to make themselves known to the Commodore.
Showers are available, and possibly a berth may be available in their small marina.
Tel (08) 9071 1427 There are no slipping facilities. 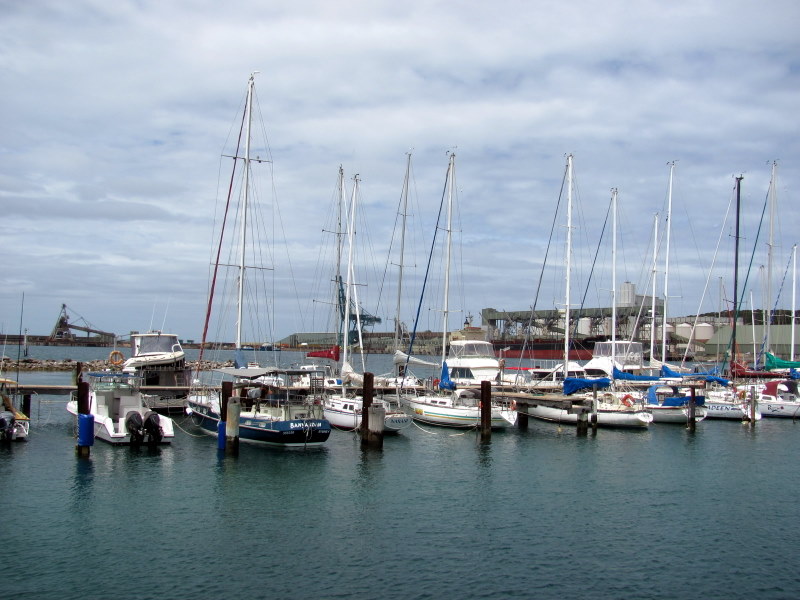 The town is easy walking from the port, has two supermarkets, several pubs, library, video hire, but little chandlery. Esperance’s museum has a diverse collection of early pioneering history, maritime exhibits and farm machinery. A unique feature of the museum is the world’s most comprehensive display of NASA Skylab memorabilia, which plummeted to the earth in 1979 to the northeast of Esperance. Open daily from 1-30 PM to 4-30 PM.

In January 2007, Esperance experienced “the perfect storm” with wind gusts of 110 km/h bringing 155mm of rainfall within 24 hours, causing significant flooding. More than 100 homes were damaged, several boats were destroyed, and 35m of a bridge linking Esperance to Perth collapsed.


Anchoring inside the port walls is possible at:
33°52.09’S ~ 121°53.79’E, with the Port Office just astern.
You must anchor outside the port boundary marked by an imaginary line between the last S’b marker and first lead onshore, outside dredged area. 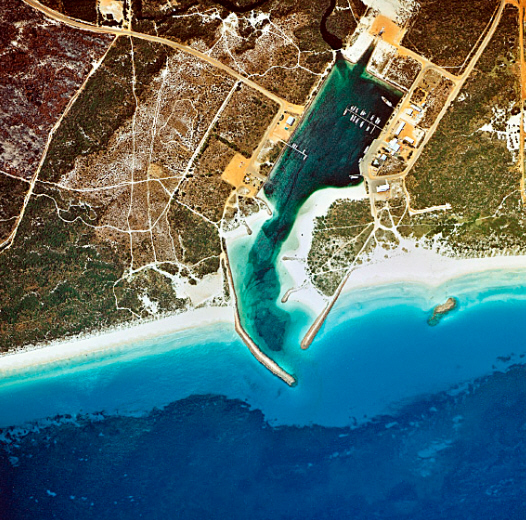 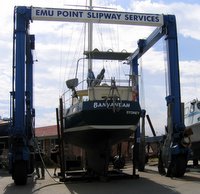 Emu Point Slipway has been in operation since 1973. The 40 tonne hoist boat lifter and associated equipment is operated by an experienced in-house team that ensures that we are able to handle a wide range of vessels professionally and safely.

All services for Yachtsman and Fisherman. Boats built in wood, steel, aluminum and fiberglass repairs. Boat and insurance surveying. 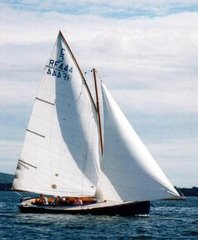