Imagine a world with abundant clean water.
Where everyone shares adequate energy from the sun and wind.
A world where forests, rivers, oceans, and wildlife thrive.
A tomorrow more beautiful than today.


This is the world we want to create. 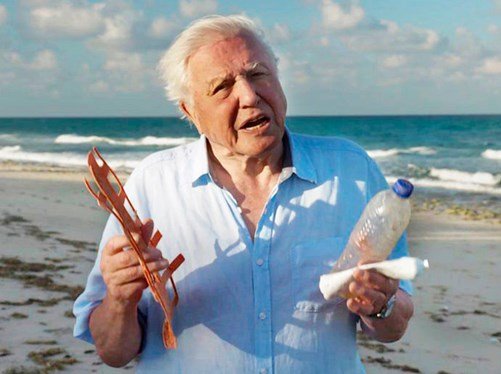 All our environmental problems become easier to solve with fewer people, and harder – and ultimately impossible – to solve with ever more people.

The Ballina Flood and our Home >>>

Flood disaster at Ballina could have been avoided

Massively silted river not dredged for thirty years
The Richmond River at Ballina is extremely wide and slow moving in normal times. Once the second busiest port on the NSW coast, this river had many ships entering the port and a fleet of fishing vessels that could leave and re-enter on any state of the tide. But all that began to end in 1993, the year the NSW State Government last dredged the river mouth.

In the nearly thirty years since then, the river has become hugely impacted by growing sandbanks silting the river mouth that have made it the most treacherous on the east coast. No ships have entered this port in more than a decade, and the fishing fleet has dwindled to just a few that now brave the treacherous entrance to bring their catch to market. 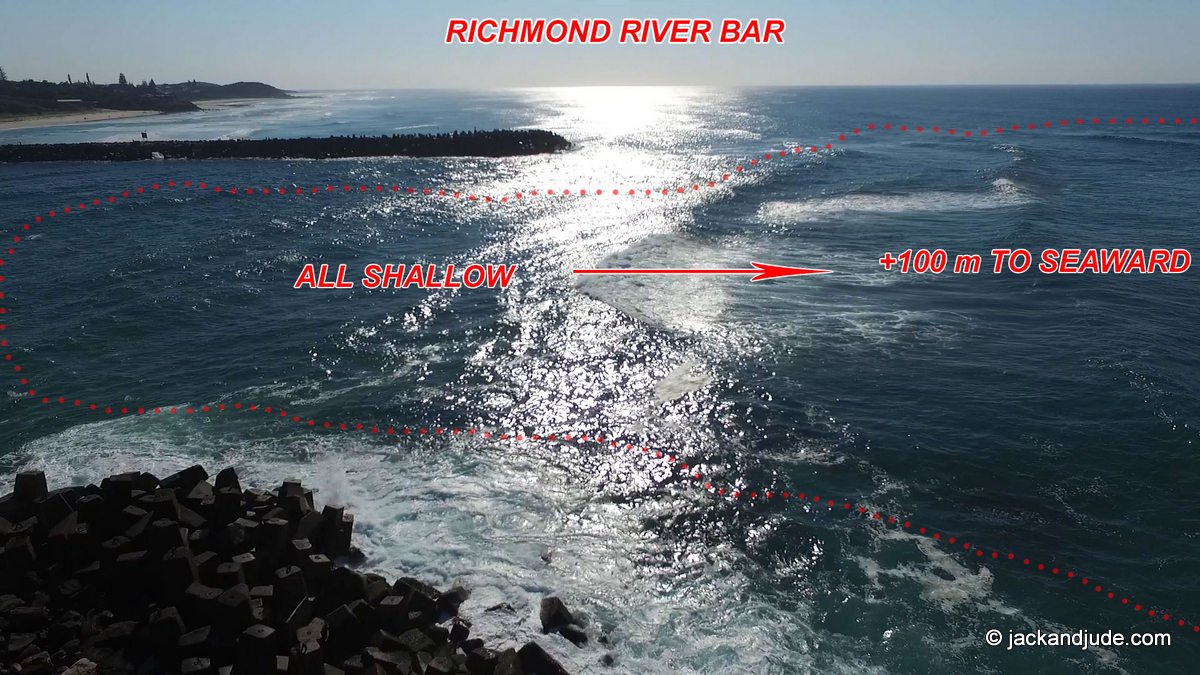 Ten months ago, Jack and Jude, two experts on oceans and waterways, warned the Ballina Council that a disaster was imminent unless the Richmond River mouth was dredged. Jack and Jude are master mariners working vessels around the world since 1974. When not afloat, they share life alongside the Richmond River these last thirty years.

In consultation with long-term residents, they raised the alarm to the impacted condition of the river mouth that had created an even greater problem than the treacherous entry. The restrictions at the river mouth have caused the river upstream to become alarmingly clogged by ever-growing sandbanks that massively slow the flow of the river. 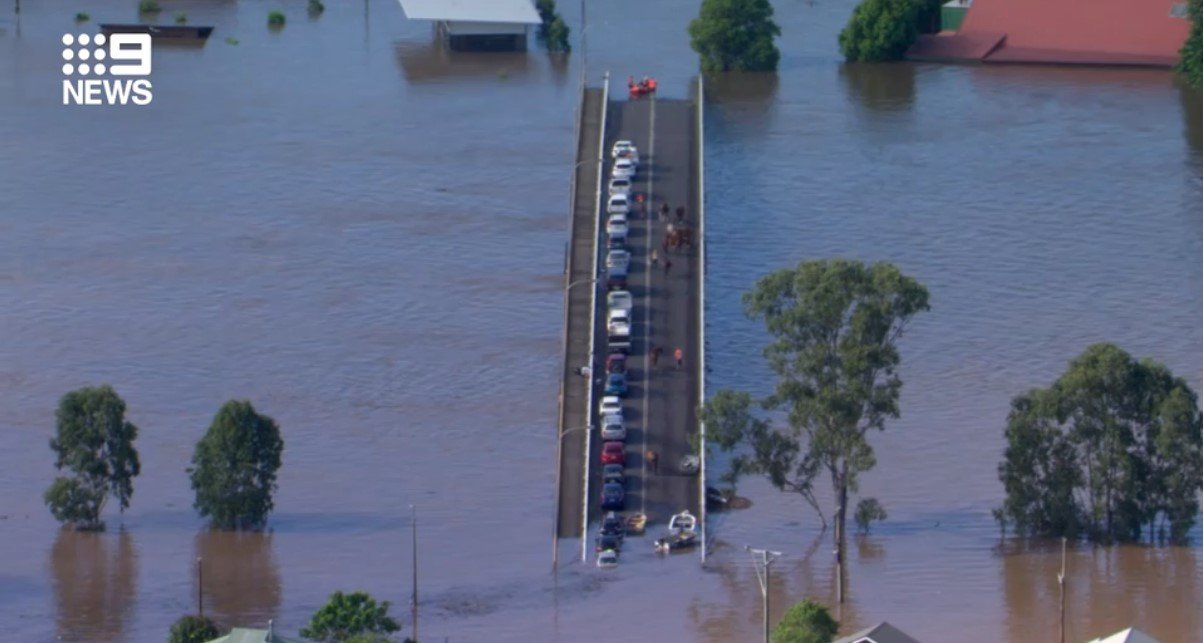 Woodburn bridge over the Richmond – 2022 Flood

They wrote to the Ballina Council with their concerns, but it took weeks for Council Officers to advise them that the NSW State Government is responsible for river maintenance. So, with that information, on the first of July 2021, Jack and Jude contacted the State representative for Ballina, The Greens party Tamara Smith, providing a detailed explanation of how in times of high river flows, such as the flood of 2017, fast waters that are restrained take the path of least resistance, which puts properties at risk of water inundation. At their house location, this had never happened in living memory.

It took Tamara Smith’s office three weeks to acknowledge receipt of their letter: “Your concerns have been passed onto a senior member of staff for further investigation and they will be in touch.”

But they were not in touch, except to say, “Tamara would like to make representations on your behalf to the Hon. Melinda Pavey MP – Minister for Water.” 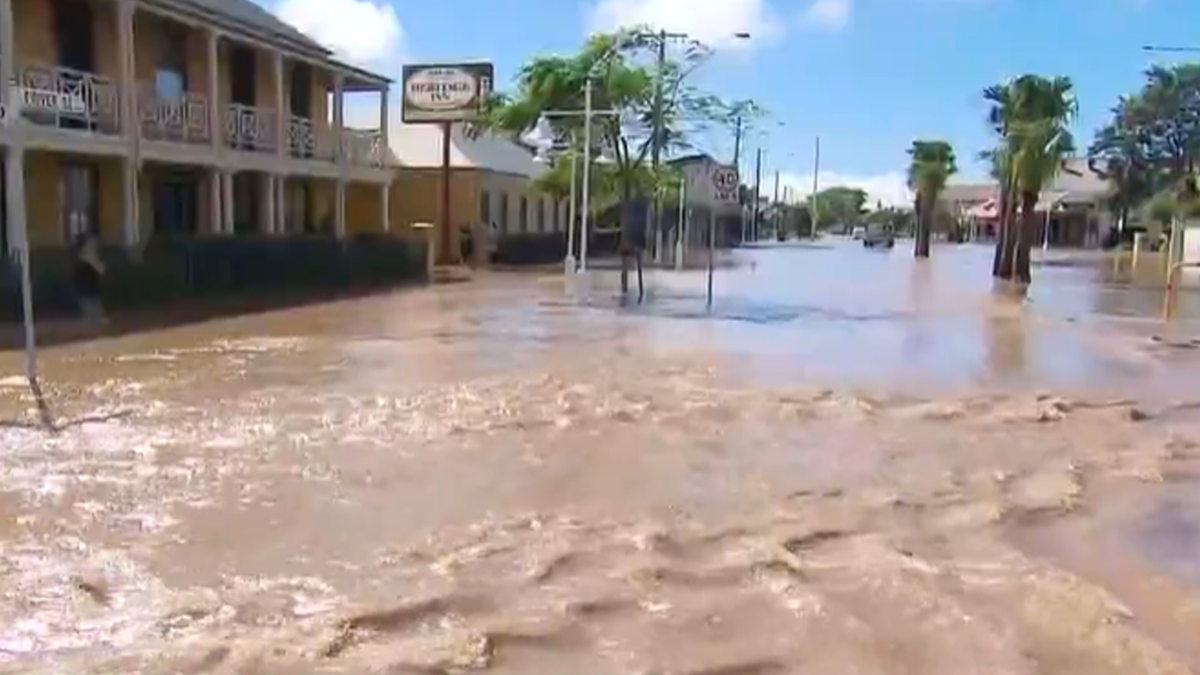 No further replies ~
Each month thereafter, Jack and Jude wrote again, asking for an update, But they received none.

In September, their last communications brought this reply: “Your email has been passed onto Tamara and her senior team.”

Since then there has been no further communications from Tamara Smith, State member for Ballina.

And now, the house that Jack and Jude built with their own hands that sits alongside the Richmond River, as well as thousands upon thousands of homes of other residents, are awash with brown, swirling flood waters destroying property. 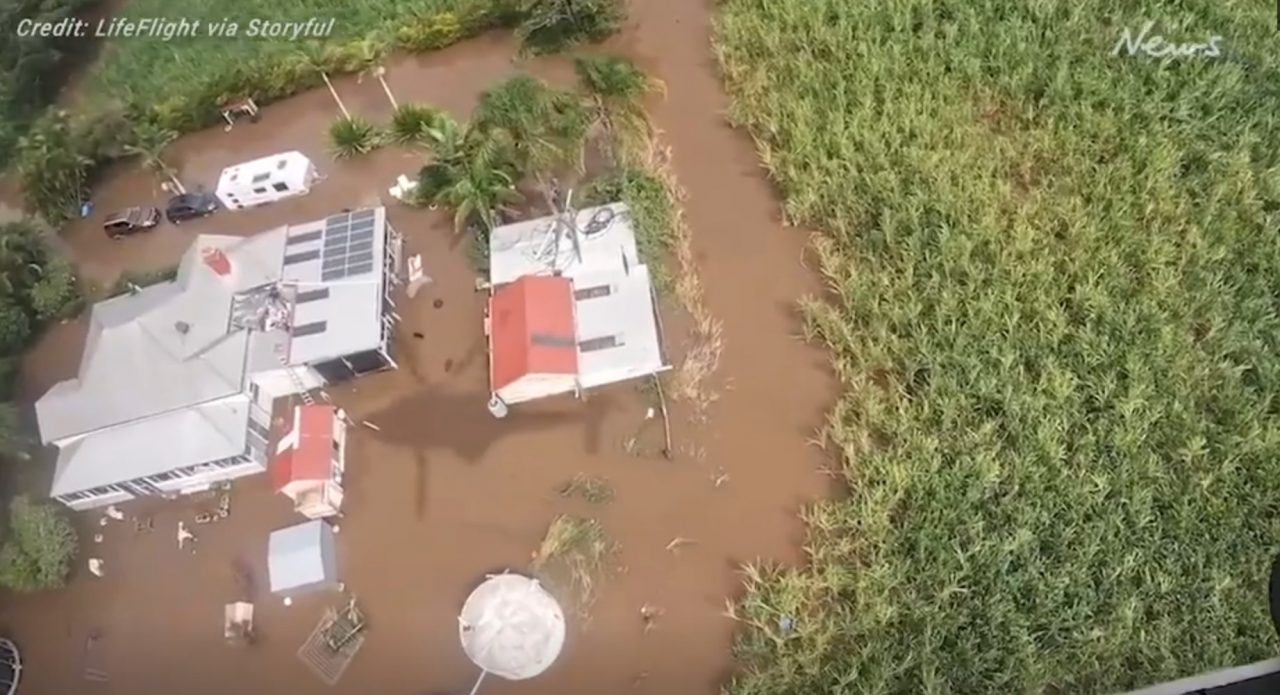 Well Aware of Nature’s Forces ~
Jack and Jude are well aware of Nature’s force having sailed around the world in a homemade boat, and by living alongside a river, seeing the changes in the river flow impeded by increasing sandbanks. They’re not alarmists, but realists wondering about the blindness of both local and government authorities these last decades when they ignore such obvious signals of imminent danger; the changing river mouth, water flooding Ballina streets through the drains, and the Burns Point Ferry being halted due to water over its access roads. If these authorities had paid closer attention, Ballina would have escaped severe flooding. And the village of Woodburn may have escaped the lingering high water, 2 m higher than ever before. Not to mention the less time underwater for roads and infrastructure, saving the council time in repairs and ratepayers’ money.

Put Earth First  ~
While today’s mantra is all about jobs and growth, Jack and Jude say, for a return to a safer, less stressful life and better future for our children, Put Earth First in all our decisions.

The Ballina Flood and our House:

Some of our followers may know that we home-built Banyandah then sailed around the world in ‘ever-increasing circles’ for the next 15 years, home schooling our two sons along the way.

What few know is that upon our return to Australia in 1987, we purchased a bit of farmland alongside the Richmond River, just upstream from Ballina NSW.

Having spent our accumulated savings on the land, we continued to live afloat, on the anchor in Mobbs Bay. Our sons could row across the river to complete their high school education, while their parents went along the road to build a simple house from assorted materials; some new, the rest from salvaged materials. Back then on the Peninsula, time seemed to be thirty years behind, letting us trade labour for services and enjoy lots of help from the locals. Our sons also helped with the building and learnt basic carpentry, while acquiring both knowledge and he-man muscles.

As the years zoomed past, we became more and more involved in local issues and joined a group fighting the rezoning of Ballina’s only marina that would allow a developer to carve up the land for house lots. The group established a petition in many Ballina businesses that received thousands of signatures. But when the matter came before the Ballina Council, the developer’s lawyers argued our petition was invalid because it contained an unsubstantiated claim that pleasure boating would diminish. The Council agreed, threw out the signatures and voted in favour of rezoning. They also told the public that they would build a new marina closer to the centre of town—Hmm, after nearly 30 years, that has yet to happen. What did happen, the hire boats, houseboat rentals, tour boats all collapsed. Plus, the marine fuel bowsers are gone. 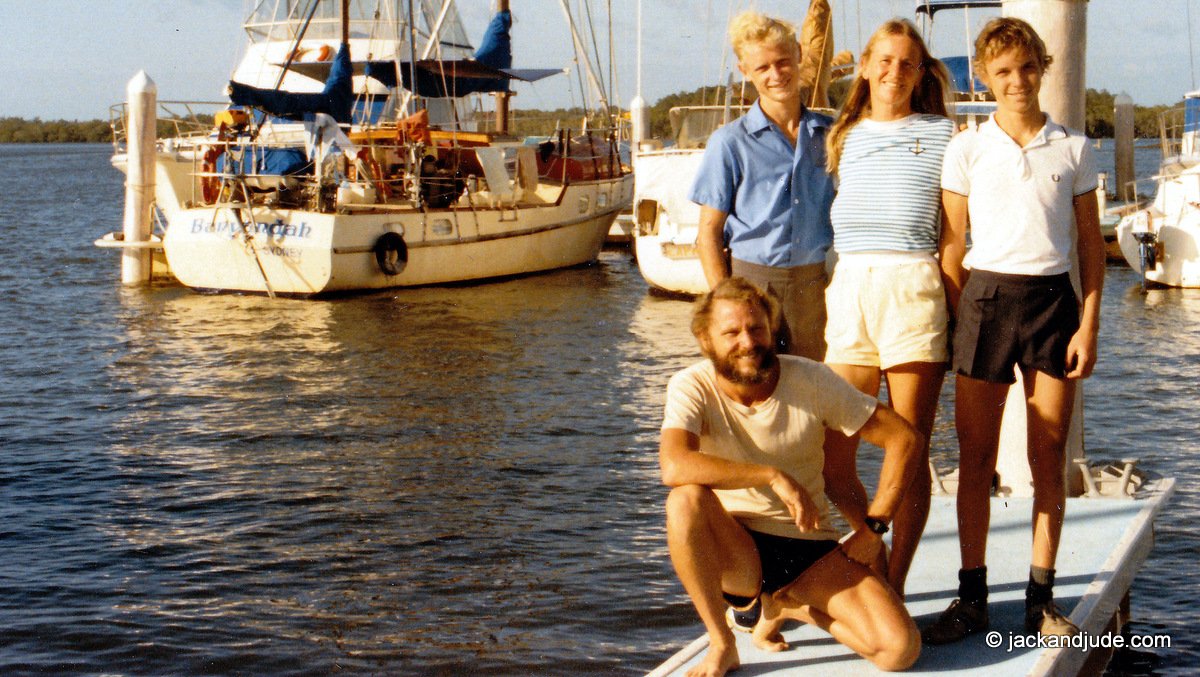 After that, the river mouth began being neglected. Mobbs Bay, one of the safest swimming beaches for children on our side of the river, began to be undermined by sea surge toppling over the training wall. The wide, fine sand beach washed away and the casuarinas toppled over. But the council did nothing, and the community just couldn’t raise enough money in time to have Public Works fix the wall at our costs. Hmm, another bummer. We lost the safe swimming beach.

The devastation continued after the beach went when the spit washed away, taking with it the very best storm anchorage on the coast. Mobbs Bay is now so silted, the protection is shabby, with room for only a few shallow draft vessels. Hmm, we fondly remember living our first year of Ballina life in what was a quiet, landlocked bay. 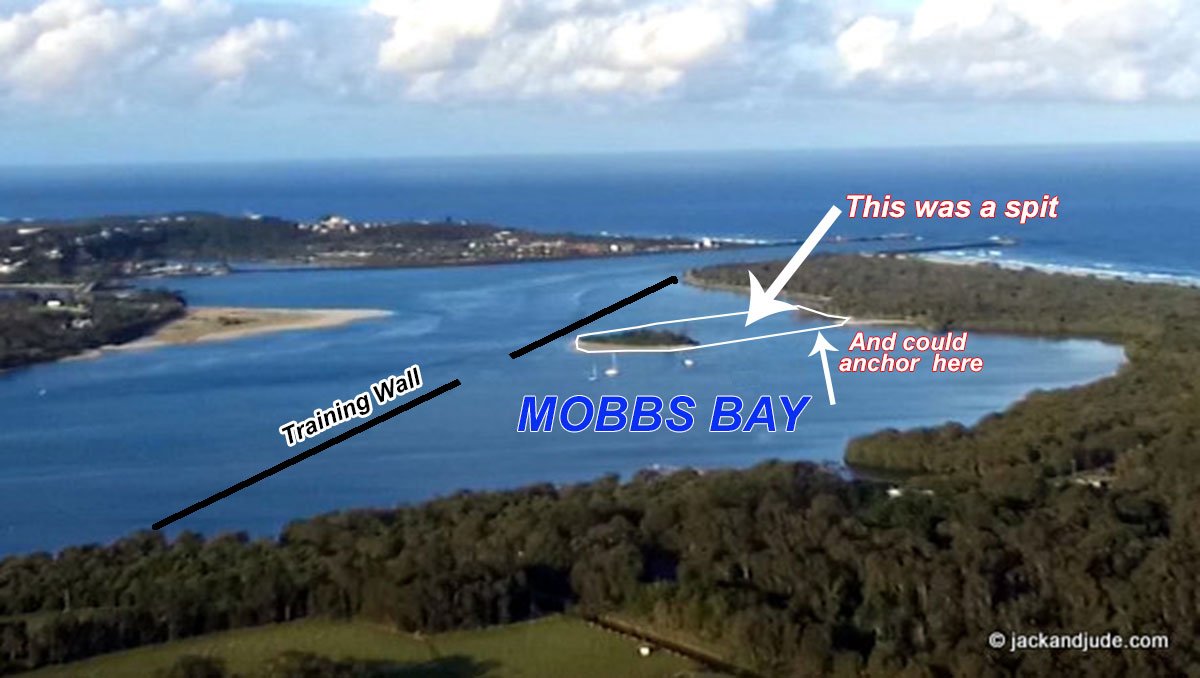 Mobbs Bay once was a child-safe swimming beach and safe haven.

There have been other troubles like riverbank erosion to the edge of the bitumen right near where a young girl lost her life after she drove into the river. In general, the council pays little attention to the sparsely populated south side. And, it’s fair to say our side is still in the go-slow zone. Quiet folk enjoying life little changed. 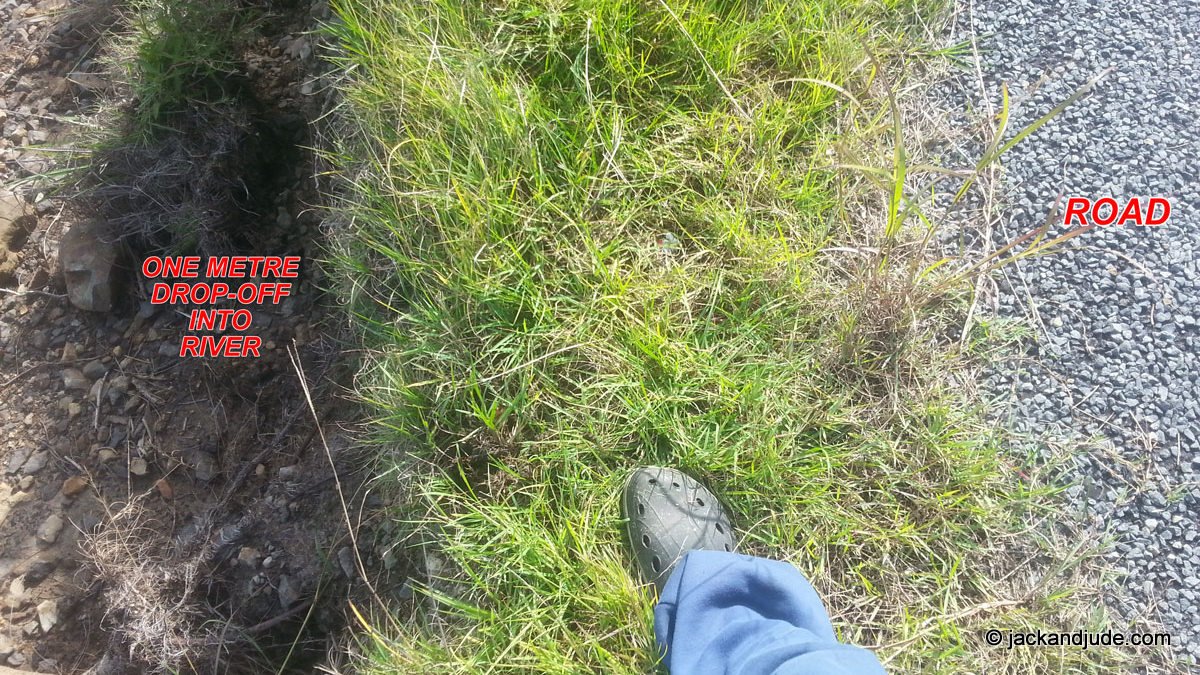 But, Jack and Jude have widely travelled the world and can see everything is changing rather quickly. For decades, scientists have been warning of catastrophic events unless humanity reins in its pollution. The world started getting serious about this in the 1990s. But then, a bunch of wars erupted in the Middle East. What a mess — one filled with plenty of agony and sadness. That tragedy delayed any serious discussion on humans polluting the environment – that is, until ecosystems started seriously failing. Our great Aussie icon, the Great Barrier Reef, got bleached so many times it’s now whiter than the very best French laundry. And unprecedented forest fires in 2019 burnt away almost all the forests of northern NSW, as well as a lot of houses and infrastructure. But we humans keep adding more jets in the skies, more cars on our roads, more power plants to supply our greatly expanding population. And now we’re told by those that should know, Earth is at the tipping point. Reduce climate changing emissions by 40% in the next 8 years or Earth will suffer irrevocable changes. Hmm, we’ll see.

Some say, What’s the big deal? Only that humans have driven at least 680 vertebrate species to extinction since the 1600s. Scientists believe that pollution, land clearing, and overfishing will kill off half of the planet’s existing land and marine species by 2100. Humans have already taken most of the arable land, burnt and converted almost all the large native forests.

So this long-winded diatribe comes to its pointy end by saying that a year ago we warned the almighty powers that the Richmond River was so impacted by sandbanks, a catastrophic flood could come with the next major weather event. You can read all about how that panned out in our latest Put Earth First column.

Here’s a heads-up: One of those old-timers that helped us get a start was the farmer who sold us our land. His family had settled the area a hundred fifty years earlier, and told us his house had never, ever flooded. We built ours considerably higher than his, and guess what—our homemade house got water through it in this March 2022 flood. Bummer.