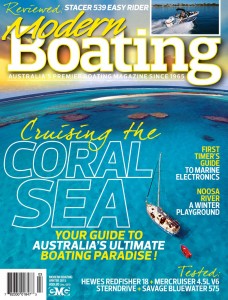 Our photo on the cover of Modern Boating

Inside, a Cruising Guide to Australia’s Ultimate Boating Paradise
– Text and photos by Jack and Jude Binder,
SY Banyandah

Why the Coral Sea? 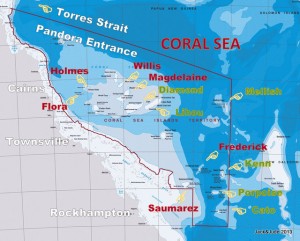 The Coral Sea occupies that part of the Pacific Ocean off the east coast of Australia between the parallels of Sandy Cape and Torres Strait, bounded by New Caledonia, Louisiade Archipelago, and Papua New Guinea.

Personally reconnoitered by Jack and Jude