This last year has been rather tough for Jack and Jude.

On February 28, the biggest flood in modern Australian history inundated Lismore and the rest of the Northern Rivers. Three days later, our homemade house on the banks of the Richmond River was inundated with toxic category three floodwaters. In laymen’s term that’s Blackwater, a mixture of sewage, industrial waste, and dead creatures; the whole range of horrible substances requiring total decontamination and sanitisation to ensure the home is safe and liveable again. 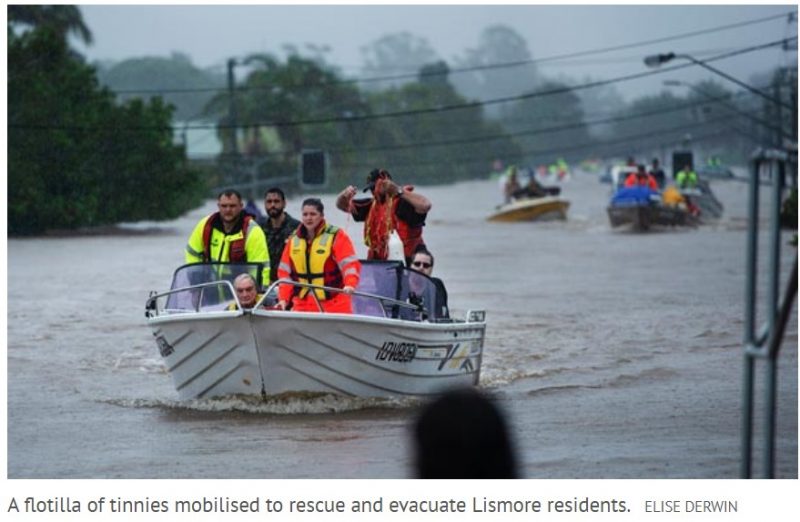 In the four days leading up to the disaster, three rain episodes occurred. Cumulatively, they created the catastrophe, particularly the last downpour, when freezing raindrops the size of a small fist fell with ferocity. Over the last two days, nearly 700 millimetres of rain drenched the region, and the waterways surrounding Lismore rose 11 metres. This was the first time our land has flooded in all recorded history. 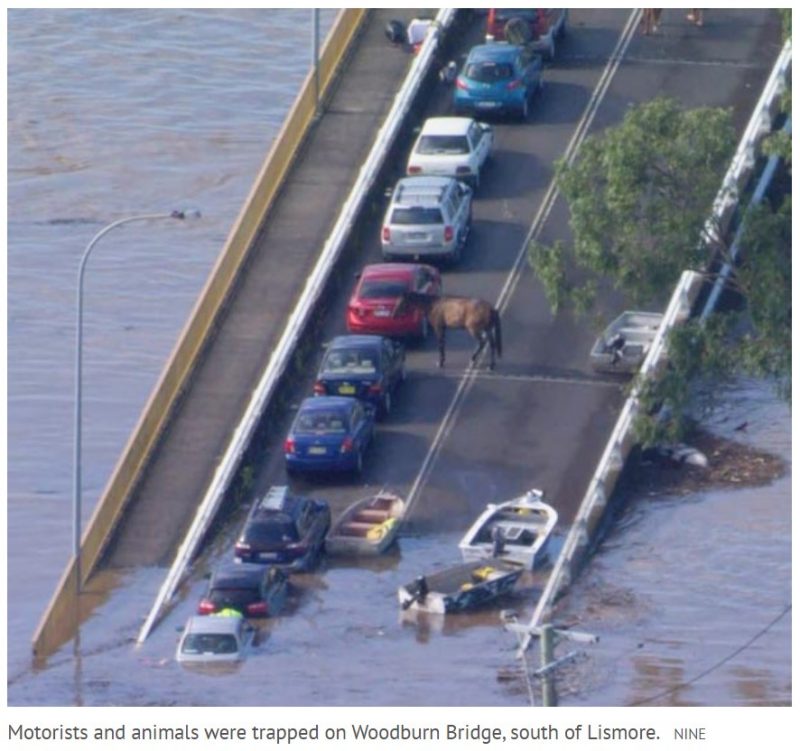 Highly toxic waters ruined our lower walls, our precious joinery, and worst, years and years of memorabilia stored in a container at the lower end of the lot were destroyed. The unprecedented rain continued in heavy downpours through all of March, further complicating the evacuation and rescue efforts, and making life totally miserable for the over ten thousand made homeless.

We were more fortunate. Our immense gratitude goes to our son Jerome and his lady, who shifted our car out of harm’s way, then returned to help the fire/army team sluice out the layer of mud from the buildings. 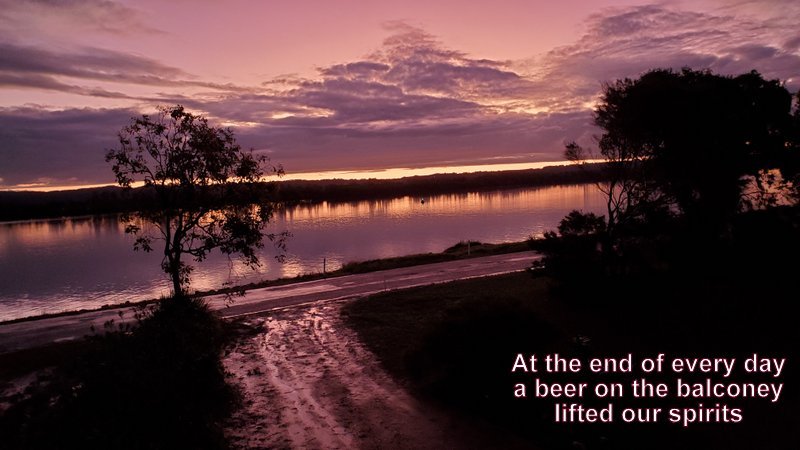 Being just a quick hop from celebrating sixty years exploring planet Earth, we’ll speak our minds, though many folks may not like to hear what a couple of oldies have to say. But we’re the opposite. We have always sought those with vast experience so we can learn what works and what doesn’t. Many old-timers have witnessed vast changes, and in doing so; their experiences form a comprehensive picture of mankind’s effort to manage life on Earth. 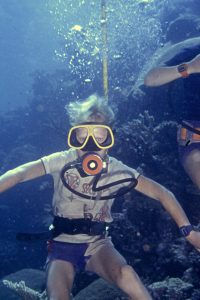 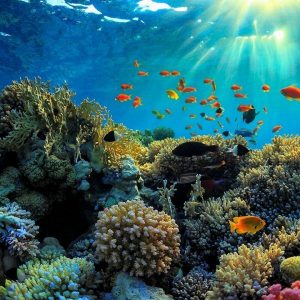 For example, when Jack and Jude took their young sons sailing to the Great Barrier Reef in 1974, they could not believe the immense variety and volume of pretty corals and fishes. In the transparent waters of our National Treasure, Nature’s wildlife filled our every vision with colour and action. And wow, to get a feed took hardly a minute with so many yummy looking critters! Even taking as many as we needed hardly dented the masses. And that comforted us by believing a greater power had created such a perfect world.

Jack grew up in a super city divided by rival ethnicities. A rough, dangerous place, yet he experienced far more freedom than do his grandchildren. On his trusty bike, he’d ride for miles with the breeze of freedom ruffling his wavy blonde hair, far into the open undeveloped hills to shady glens dotted with ponds. Here he would sit silently with his fishing string dangling a tiny morsel of meat to entice a Crawdad. That’s what the yanks call freshwater crays. Once a Crawdad took hold of the meat, they never let go, forcing his tiny fingers to carefully prised them off and into his tiny pot boiling on a fire of embers. Listening to forest birds’ calling while relishing his tasty treat, he never-ever wanted to die. And so he came up with a childish idea that he was there as an observer with mechanical parts instead of bones and tendons.

Jack could wander as far as he liked, even hitch rides to the wide Pacific Ocean to surf a few waves. His mom and dad were not slack parents, just the opposite. From the early days, they taught him road sense, and trained him to watch for cruel folks and wayward ones that harmed others. They knew he could run fast. With eyes wide open, through his teen years, he hitched rides to school every day because, as a keen observer of Earth life, he enjoyed listening to new folks and learning their take on human life.

Jack and Jude became a partnership in 1966.
That magic happened atop France’s Eiffel Tower one afternoon in April when storm winds kept the meek away, leaving the entire top platform to just two brave couples. Our definition of love at first sight revolves around non-stop talking, wanting to hear the other’s voice, and wanting to expose our most intimate secrets and desires. Even today, when recalling that magical moment still brings tears to our eyes. Our on and off courtship then spanned continents and nearly two years of always being in the other’s thoughts until a 5 AM telephone call from Pan Am told Judith they held a ticket for her to America. “Go with your heart,” Jude’s mum told her.

Maybe we were ordinary folk before joining as one; but we’re like two atoms colliding, every weakness of one was strengthened by the other. 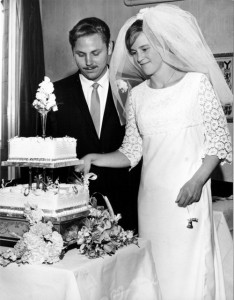 After a church wedding just around the corner from Jude’s family house, our honeymoon took us away on a new life. Neither of us wanted to live in our home country. South Africa was then the land of milk and honey. Plenty of work, beaut scenery, and easy, cheap living. So we looked for a vehicle to drive down the continent of Africa. Hmm, on little money, that was a quandary.

We are now afloat, but waist-deep in writing a new book of adventures sub-titled, “African Honeymoon.” It’s the story of a naïve couple nursing a battered VW Kombi through the Sahara Desert, followed by Congo jungles to East Africa, in the years when the continent was abruptly transitioning from colonial rule to ill-prepared self-government. You can easily imagine our shenanigans while nursing a decrepit van salvaged from a Scottish farmer’s field across a continent of bumpy tracks with few roads, while trying to hold together a new marriage. 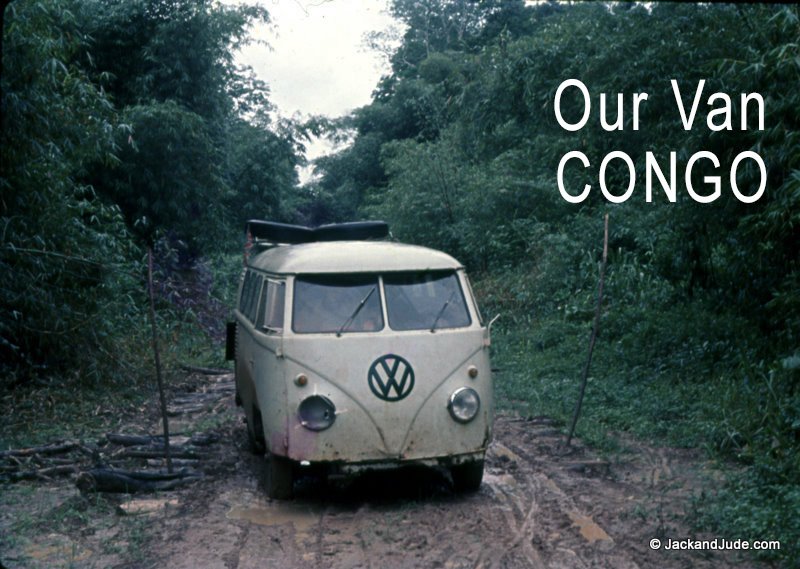 That year-long journey through the Dark Continent exploded our naïve views on Life, Earth, and Nature. Nearly every moment was a struggle. So dirty and frightening with no escape button when surrounded by wild creatures and wild humans and mischievous tame ones too. But we learnt so much about human struggle, and about VW machinery too, with the engine out three times before reaching halfway. But, the greatest gain of all, we came to truly love the wonders of Nature.

Best we get to the point..

In our nearly six decades travelling Earth observing the development of the human species, we believe humans destroy just about everything to better themselves. There lies the problem.

Not one of our readers can contest that humans have polluted just about every waterway and every ocean with our waste. Jack and Jude have witnessed human garbage on every coral atoll, even thousands of miles away from mankind. We have witnessed the decimation of the wild kingdom with humans taking Nature’s land for our needs. In doing this, we have harvested forests with little thought of their cleansing action or their intrinsic beauty. We seem to think only of ourselves. 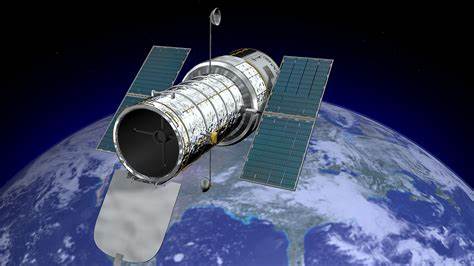 Isn’t it odd?
When looking through the greatest of our telescopes, even the magical ones in space, do we see any other life? Do we see any other ball with the things humans need? Nope, we don’t. And does that stop or slow our development? No, it does not. In fact, quite the opposite.

Eight Billion Humans
A month ago, on 15 November 2022, the human population passed EIGHT BILLION. It took only 12 years for the global population to grow from 7 to 8 billion. That’s a lot of new houses needed in 12 years, and that takes lots of resources like timber, steel, and energy, and adds immensely to our crowded cities and their infrastructure. 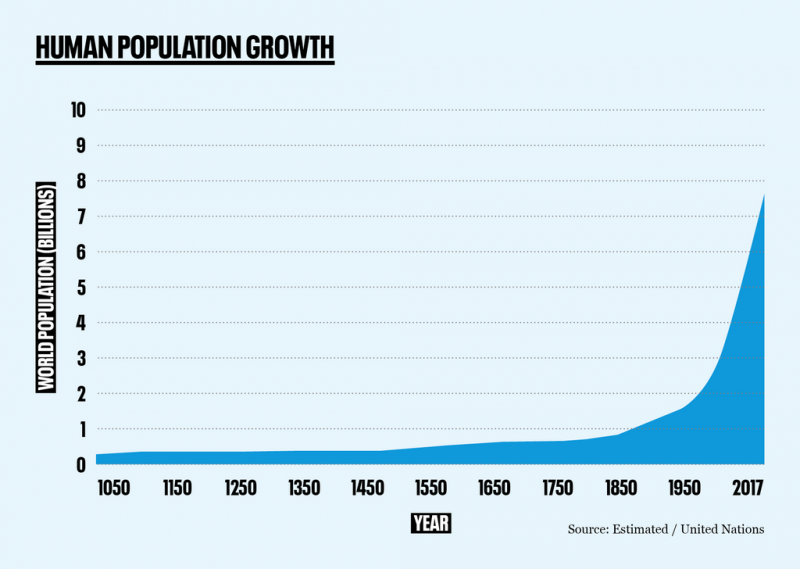 In a nutshell, populations with rising income per capita are killing Earth today, but coming fast are the big numbers from countries with high fertility. Somehow mankind must find an answer before the sky falls upon us.

We support  “Population Matters.” They’ve got wise people looking for the best, fastest solution. On the other hand, perhaps the Russians will solve the problem by giving us a new problem.

Leave something for the young
We are the proud Grandparents of ten lovely humans who should have the same chance to experience the magic and wonder we have experienced. But the system we live under makes us want more. More growth reaps more taxes–so give us more growth. When we came here in 1969, Australia was heaven on Earth. Life then was simple, out of the mainstream of the craziness affecting America and Europe, with wide open spaces, go anywhere, everyone tolerant, with time to saviour life – short as it is.

Now, given that we cannot find other creatures in space, be they microscopic or giant size, is it not possible that Earth is the Creation – A myriad of life in all forms. And among all that life, only one creature can record their history and pass this accrued knowledge to their youth. Yes, humans are special. Maybe for a reason.

A power so great to create all we perceive must be proud of that accomplishment. And by creating a special creature with the ability to record history, does that special creature look in the mirror and admire their image, or do we marvel at the wondrous creation and try with all our power to better understand and communicate with the other creatures of Planet Earth?