Chapter 21
AROUND THE WORLD IN EVER INCREASING CIRCLES

From diary notes recorded in 1978

We’ve left out a few introductory paragraphs to get straight to the action of meeting John Lomas after a six year gap bringing back memories of our first encounter. 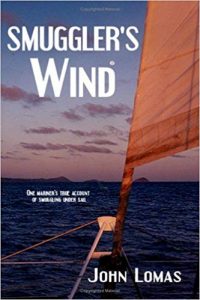 Kalifi, Kenya ~
When meeting him here, he was secretive about his plans, and no wonder we learnt years later after stumbling across his novel, Smugglers Wind. But when talking with him next to his boat, while trying to follow his slow, roundabout narrative leading me astray, I gazed into his pale blue eyes that still cast a faraway look, and saw a flash of Vanesa. And that raced me back to Sri Lanka 1978, to a Japanese girl with those same pale blue eyes and dark straight hair cut in a bowl. Rather quiet and composed for a seven-year-old child. Next flashed images of Jason and Jerome, unstoppable, bouncing, and bounding about on John Lomas’ yacht, enticing and teasing this reserved Japanese girl to come play their games, to swing from a halyard as if Tarzan and Jane before dropping into the water.

For a moment, let’s drift back to ‘78 and live again this pint-size adventure of a young lady discovering a new life meeting two lads discovering their first young lady. This tale begins upon our return from a visit to the Sri Lankan highlands.

It was late when we got back on board, and by the time we’d paid our guard and rowed him ashore, with our energy levels below zero, we went straight to bed.

The next morning, the boys gradually got started back into school while Jude and I cleaned and packed away our gear. During this we noticed a new boat in the anchorage, a low freeboard sloop painted dark blue. It appeared silent for a long time, perhaps an hour before a slender man my age appeared. From our cockpit, I waved, and he waved back. Then an Asian lady appeared, coming up their steps. Black straight hair, slender, sculptured figure that started me thinking, Hmm, that’s something different. And I began looking forward to a visit.

Around an hour later, finishing my work and seeing the boys heads down in school and Judith elbow deep in laundry, I quietly abandoned ship to slip over, and so I met John Lomas, his brother Melvin and partner Hatako, from Japan.

A porcelain teapot decorated with temples and mountains stood steaming on the cockpit seat, so when asked, I settled in for a cuppa.

One of the first things that John told me is he built his yacht in Japan, and at once my ears picked up, and I encouraged him to go on. Seems John lived in Japan for eleven years, arriving there from a desire to see the country and fell in love with Japan the very first moment he landed. Because of his sharp western good looks, he found work as a male model for television and magazines. As a result, he began adopting a completely different way of life, and worked the latter years as an English teacher and translator. Fascinated, I egged him on for more details, and learnt that he was fluent in Japanese; even proficient with the three forms of their writing. John next mentioned being married in Japan, but not to a Japanese woman, to a Scottish lady met there in the same business. He somewhat shocked me next by saying that they had a child.

John’s quiet nature, highlighted by thoughtful, unhurried movements, formed part of his charm. Poetically moving forward, raising his eyebrows, he turned and called through the doorway.

Half an hour later ~

“Hey Jerome, let’s go,” Jason called shovelling the last half of his sandwich into his mouth. And in a flash, both donned briefs and jumped over the side.

Splash, splash, both sped like torpedoes for our new neighbour while Jude and I watched through the half-opened curtains of the saloon windows.

They swam once around the boat then struck up a conversation with John’s brother relaxing against the cabin top. Their voices came loud and clear, so it wasn’t surprising to see John and Hatako appear.

John’s hand beckoned them aboard, and without hesitation, our two fiery demons pulled themselves out the water by climbing up the stays.

Twin explosive yelps caught our attention next, followed by an even louder splash. Rushing to our windows, we watched the Two J’s scrambling back onto John’s boat. Then in a fun action scene, both raced up the ratlines, where Jason, the first to mount the top bar, pounded his chest in a double-fisted war cry before jumping, wiggling and shaking into the water making a huge splash.

Phew! One gone. Next, number two.

They dive-bombed each other and swam noisily around the boat then climbed up to do it over again. Our sons’ outright display of having fun proved so infectious, Melvin soon joined their circus, and quickly it exploded into a howling free-for-all.

Our sons returned hours later, both excited about the Japanese boat and the strange things on it.

“They have bamboo down below.” Jerome rushed to tell his mother. “There’s a whole wall of it.”

“Yeah,” Jason yelled, “and their cups are made from bamboo too. Only bigger! Remember the cakes, Jerome.”

“Yeah, I saw you drop yours, Jas. You squashed it on the seat.”

“Oh her,” Jason said with an exasperated expression twisting his face. “She didn’t talk.”

“Why? Couldn’t you get her into your fun?”

“Oh, she didn’t want to. John asked, but she only said No! Dad, is she Japanese?”

The next day the boys harassed their Mum to finish school fast, and straight after dismissal, with a fresh ker-splash, they raced for the blue boat floating close by. Galle Harbour is a hot place, so why row, when you can swim.

Quickly there, John welcomed them aboard for a repeat ceremony of the previous day; tea and cakes in the cockpit—this time Hatako performing the service, with Vanesa present, looking every bit as Japanese.

A boatman’s time is hardly ever idle, so after watching briefly, I set off to put something right… [MORE]

VOYAGE OF A LIFETIME

Around the World In Ever Increasing Circles

Our lifestyle has given us freedom of spirit, a feeling of accomplishment, and independence 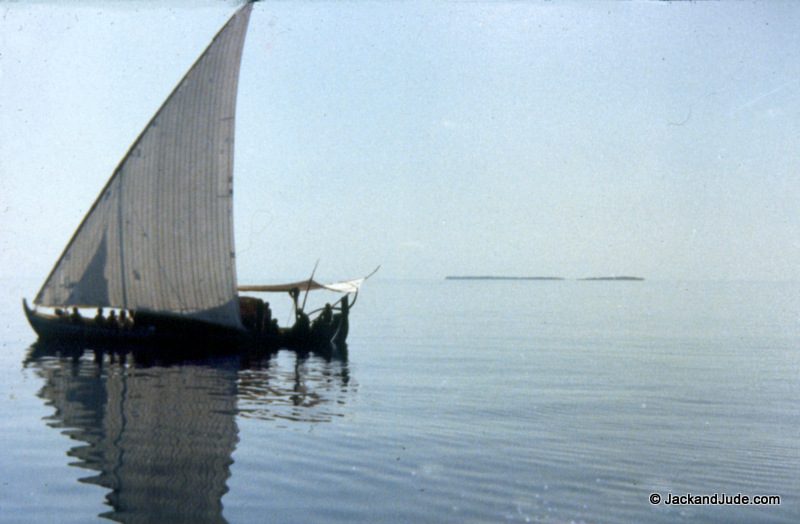