Chapter 45
AROUND THE WORLD IN EVER INCREASING CIRCLES

A crowd of locals jabbered amongst themselves as we secured our floating home alongside their stick and plank jetty, sparking Benji’s curiosity. Calling out to them in the Rapa Nui language brought silence for a few seconds until one local addressed Benji in their language. Astonishing us, Benji answered back.

Somewhat startled, I asked Benjamin if he could communicate with them, and turning to me looking stunned, he said, “A little. Some of their words sound similar to Rapa Nui and mean the same as ours.”
Then leaving me a bemused bystander, he turned back and rattled off heaps more. 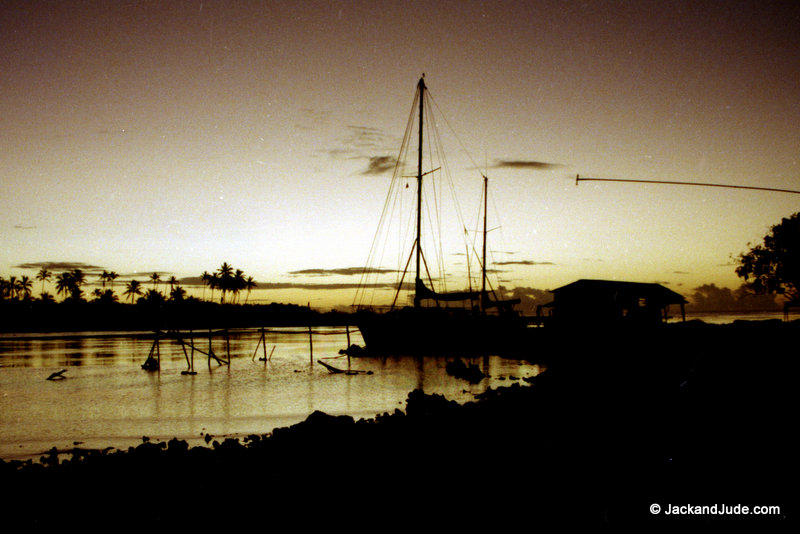 Jason and Jerome, their bums plonked on top the dodger, their feet on the stainless steel railing, silently absorbed the entire exotic scene.

“What d’you say,” they asked him, and like a proud explorer, he told them we’d come from Isle Pascal on this sailing ship taking twenty-three days and nights.

Back and forth, a stop-go conversation developed with repeated words, obviously passing information between puzzled faces. Until abruptly, they turned and noisily went way.

“What’s up?” The family gathered around Benji, quizzing him about why the sudden departure.
“They’ve gone for their ukuleles. We’re going to sing some of our island songs, ones that go way back… [MORE] 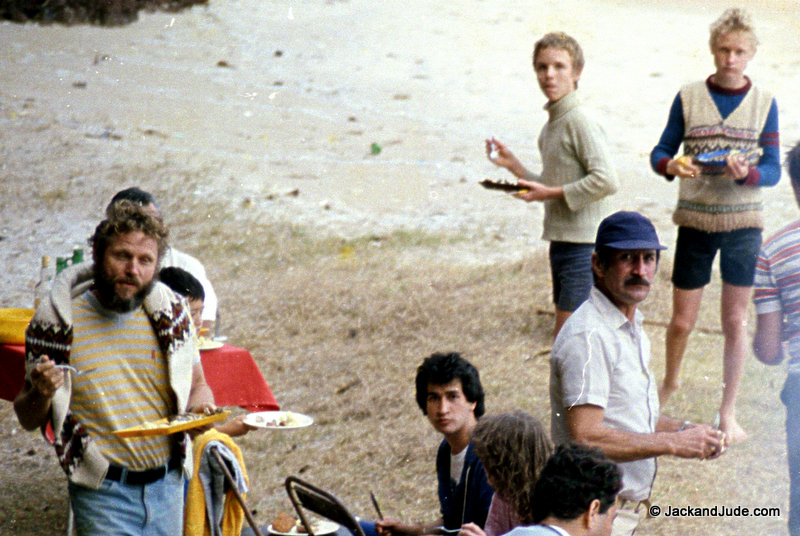