We are creatures of Earth – first, last and always. Our very being is part of Earth and upon our death we remain here. In so many ways, she is our Creator. And unlike the gods some pray to, Earth is tangible. We can feel her, taste her, smell her. We admire her beauty, respect her power, and are amazed by her wonders. And yet we treat Earth with the disdain of cruel masters.

This week two groups contacted us seeking our help to turn around two environmental disasters in the making. Both projects have been seen on national television, both proceeding full steam ahead even though one was rejected several time by the Federal Government. 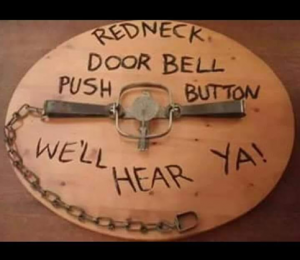 Please do not be offended. Look further than the word. For those that don’t know, Queensland has the reputation of being the “redneck” state, an unenviable title given during the long rein of one of its leaders who put through development after development overriding every protest without studies or enquiries. During Bjelke-Petersen’s time, huge tracts of Queensland’s scrub forests were ripped from the Earth by massive bulldozers dragging stud link chain between them. Bjelke liked to quip, ‘You don’t tell the frogs anything before you drain the swamp.’

Today, all of humanity can be classed as Rednecks. Why? Because every informed person knows full well that mankind is destroying wildlife and wild places at a phenomenal rate. And yet, like ostriches, we put our heads in the sand to hide that inconvenient truth because changing our ways will impact upon our standard of life.

Not Doomsayers
We’re not totally at fault here. We are bound to a system that for centuries has helped develop the human empire, but which now after we have conquered ever scrap of land, it has become a cancer destroying Earth along with its creatures. It demands growth and expanding markets or else the sky will fall in, so we’re told. Never mind that we have decimated many other species, polluted the seas, tainted our air, and now have impacted the environment so badly Earth’s climate is changing. The ramifications of this will be far greater than anything we’ve done before. No! Jack and Jude are not doomsayers. We are veteran world travellers who have observed Earth life for more than half a century, and have seen these changes first hand.

Like many of you, we have witnessed much of Earth’s beauty. So to those like us with little ones who have not yet had these amazing opportunities, and to all those who love Earth, we ask that you join us in searching for an answer to mankind’s predicament. We should speak out with our thoughts, but even more importantly we need to come up with a new management system based on putting Earth First in all our decisions.