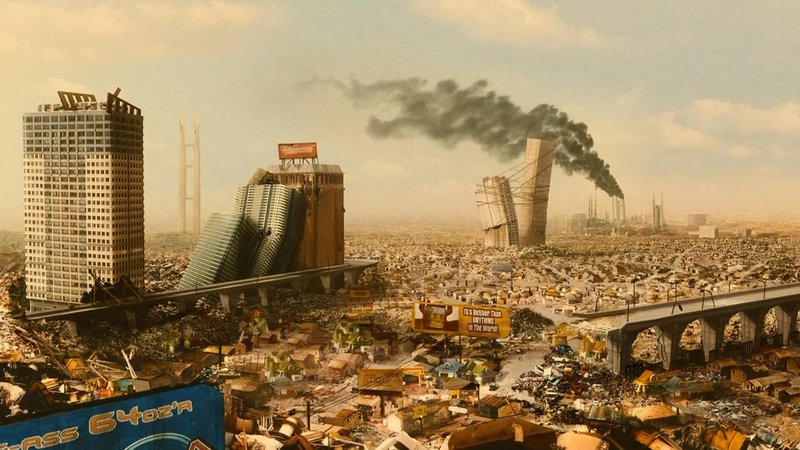 We have a lot to cover in this month’s blog ~
First off the heavens have opened and we have the elixir of life falling from the heavens, giving the forests and animals a good drink. We are so thankful for that and saddened to great depths at the loss of Nature in these avoidable fires.

We’ll have more to say on that further along, but first on to some happier tidings. One of the grandest opportunities arising from publishing books and producing films is meeting likeminded folks and little ones embarking upon their journeys in life.

Jude and I returned from our sojourn down harbour doing our bit of detective work snooping out the trash that litters this once pristine waterway to find we had a new neighbour next to us in Strahan. 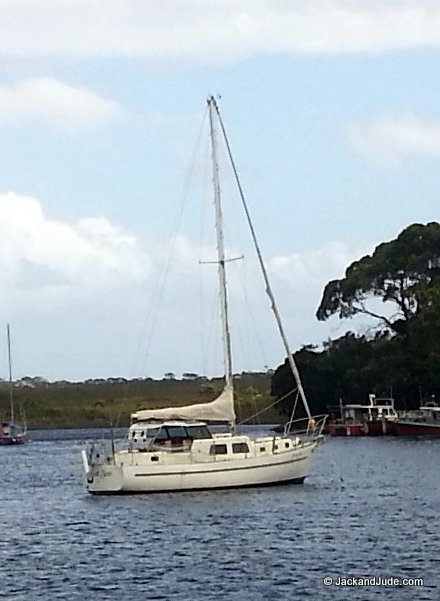 Seven Seas ~
Late in the day, their rubber ducky pulls alongside and we welcomed aboard Rodney and his 13-year-old son Nicholas. Over a cuppa, we learned a lot about the good ship Seven Seas, down from Tassie’s north coast so that Rodney and his lady can explore the forests and Gordon River with their son and 10-year-old daughter. We learned that Rodney is a ship’s pilot working out of Burnie.

While down harbour, Jude had been busy putting the latest photos of our grandkids on the galley gallery, alongside those taken when we sailed around the world with our sons. And while Rodney and I exchanged notes on places not to miss in Macquarie Harbour, Nicholas asked if he could look below so Jude led him down the companionway. After he explored the cabins, from the cockpit I could hear her telling this young lad about our teenage grandsons and then heard Nicholas ask about the boy holding a sextant. Nicholas seemed intrigued by the photo of our youngest son Jerome, then himself thirteen, taking a sextant sight as the dark-blue deep ocean whisked past behind him. Later we heard that Nicholas’ father had taught him about the old ways of navigating.

When they emerged from the forward area, I noticed Nicholas peek aft and motioned him to follow me into our cabin, which was a bit messier than usual with piles of our latest book being readied for mailing. 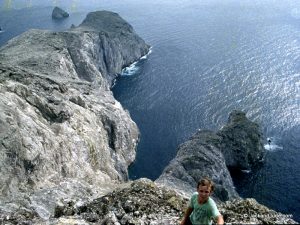 Picking up a copy, I showed this alert inquisitive young man a photo of my son next to a Moa on Easter Island and mentioned Jerome would have been his age when it was taken. Leafing forward a few pages was an image of our other son, Jason, standing on Dare-Devil Ridge on Malpelo Rock three hundred miles off the coast of Colombia. Then I flashed through several more pages with images of our sons steering and tending sails before handing the book to this perky, polite youngster on the cusp of manhood. With that, Nicholas sat quietly engrossed for the remainder of their visit.

Some may think we make oodles from selling our films and books, but that’s far from the truth. In this narrow genre of indie publishing, it’s long hours and high costs in production and delivery. But, to make money is not why we work those long hours. It’s complicated and yet so simple. From the beginning, Jack and Jude have always shared projects. It’s the glue that bonds us so tightly. For us, life is a one-time journey that we want to be filled with every experience. It’s not important that we stumble and fall learning new trades as long as we get up and try again to achieve our quest. Build our own boat – never did that before starting such a massive project. Build our own home – nor that. And yes, what the downers say is probably true, it would have been cheaper to get jobs and pay someone with the skills and tools to do that work. But, that’s not the point. We gain knowledge from our hard work, and like building-blocks, that knowledge helps with the next challenge, until when you’re an old-timer like we are now, our skillset is amazingly diverse and our confidence sky high.

But, I digress. That is not why we toil at writing and editing. Though the learning is part of the complexity, the most part is giving back some of the mountains of kindness that has been bestowed upon us by folks like you. That’s what’s so special about humanity. The kindness and helping hands we can give each other.

Nicholas went home with his own signed copy of Around the World with our best wishes and we were thrilled to have added to his enthusiasm for adventure. 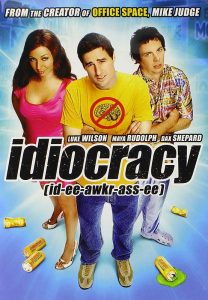 During the last wet spell, Jude and I cuddled in bed to watch Idiocracy, a low budget film made in 2006. It was supposed to be funny, and it was, if not taken seriously. The plot follows a US military brainwave to hibernate elite fighters so they can be ready when needed instead of growing old and useless. To test the hibernation chambers, the top brass wanted the dumbest. Like many plans, something goes awry, and the pair re-emerge 500 years in the future where things have dramatically changed. Reality enters at this point because during those years, the really smart ones don’t have kids as it interferes with their careers. Instead, the randy roustabouts make heaps of brats, so humanity goes into decline. When everything is automated, the smart ones die out and no one is left to fix a thing, so human garbage just keeps piling up.

The film might seem ludicrous, but maybe not. It has had a resurgence with Trump’s election and his tactics. And alas, Idiocracy seems appropriate after reading the reaction we received from our last expose’ on fish farm trash in Macquarie Harbour.

Our film clip zeroed in on Tasmania Parks and Wildlife who we believe is responsible for maintaining World Heritage Values. So we sent a copy to their headman, Mr Jason Jacobi. His reply shocked us.

Basically, he informed us that it’s not their problem. And when we asked whether PWS was responsible for maintaining World Heritage Values, well, we did not receive a reply. After waiting two weeks, we sent the clip to the Fish Farm Trash Hotline run by the Dept of Primary Industries or DPIPWE.

Their reply, 500 words of idiocracy, sent us spinning. If you don’t mind chancing a migraine here is our paid government official’s response to our film of fish farm ropes disintegrating on World Heritage shores. Our reply follows it, as well as a complete timeline of our videos and attempts to ‘Lead, follow, or get out of the way.’ 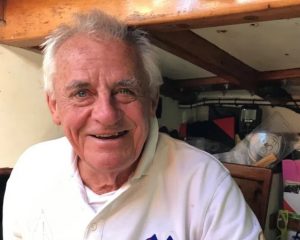 Not one to rest on his laurels, on 3 November 2019, aged 80 (born 1939), he began his 11th solo #NOPLASTICWASTE circumnavigation on Perie Banou II, taking water samples daily which will be analysed by the Curtin University’s Western Australian Organic & Isotope Geochemistry Centre to determine the quantity of microplastics in our oceans. Jon’s sailing resume is unmatched in the cruising world.

Jon is presently heading nor’ west after rounding the Cape of Good Hope, 7,190 Nautical Miles from Western Australia. His tracker: https://www.clientsat.com.au/jon-sanders-tracking/  Go you good thing! 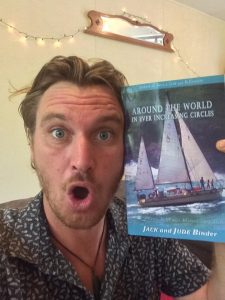 NIki from Zulu Waterways is definitely a physical book lover.
Check out his excellent Cruising Guide Website and App

Trumpet blast if you please ~ eBook Now Available ~
We’ve always been physical book lovers but have recently come to appreciate the finer advantages of electronic books. As producers, we love that there are no bulky books to receive and send, no pricey postage, and no expensive production costs, which equates to a lower price for our readers. Plus we get to publish full-colour images and links to supplementary material.

Comment from Graham Cox ~
Banyandah has just passed through Panama and is heading for Malpelo Island in my reading.  I enjoyed your descriptions of the Caribbean and Panama.  The way you combine personal anecdote with history and local politics creates vivid word portraits that stay in the mind.  It adds depth to the experiences you describe and your interactions with the local populace.  Poor Jerome, getting a bollocking for cinching the boat up short, though in the heat of the moment most skippers would have lost their cool.  However, having read of the depth of your relationship with the family, your deep affection for them, meant there was no harsh judgement from me as a reader, more a feeling of intimacy and appreciation that you would allow me to glimpse your human frailty.  That is really one of the strengths of your writing, the way it allows the reader into your life.  And overshadowing the event, the narrative gives the reader an awareness of the history and dynamics of this extraordinary place, where so many died in the construction, where nature is harnessed to create overwhelming power, where the slightest mistake could cost boats and lives, and how local politics is affecting the safe operation of the canal.  It is the blending of these different narrative strands that gives the writing such power. 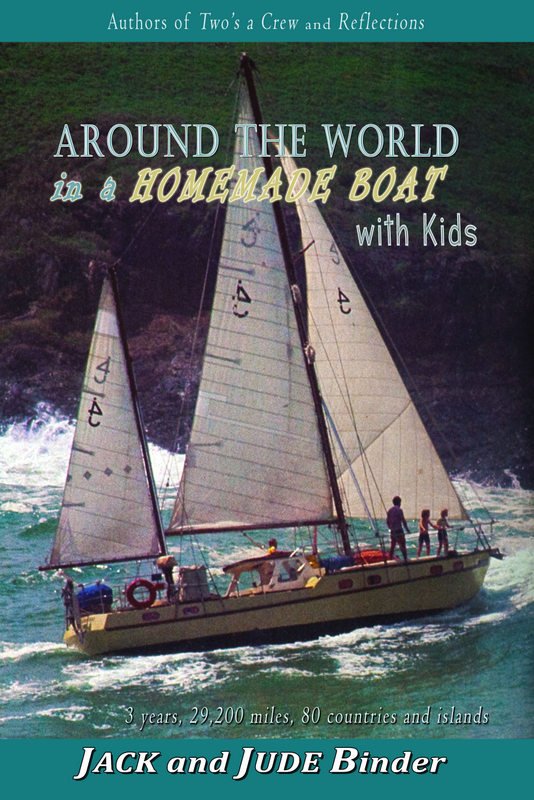 We love this image of the sub-Sahara near Tamanrasset, a place we know well from our African Honeymoon that crossed all of Africa in a ’55 Volkswagen Van. This image won 2nd place in the 2019 Wiki Loves Earth photo contest. 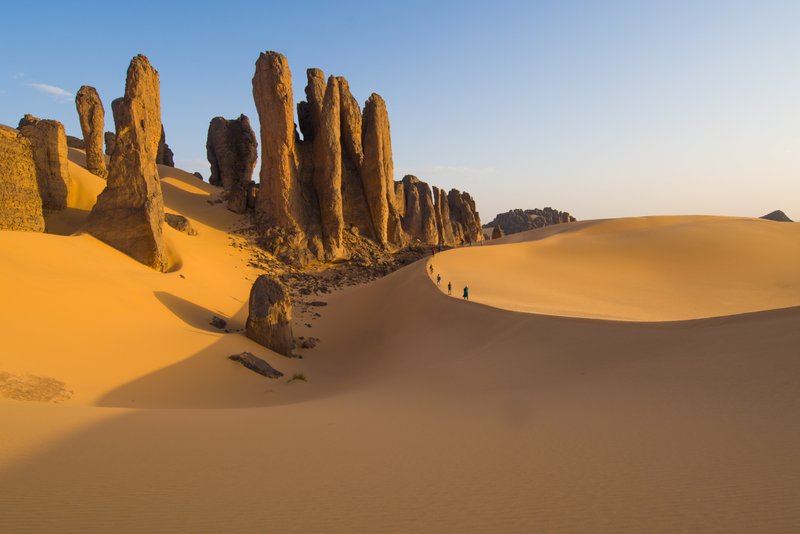 Second place: A group of people walking through Hoggar National Park, Assekrem, Tamanrasset, Algeria. The members of the contest’s international journey called out this photo’s “magnificent color,” adding that capturing “the line of people versus the line of rock” was “very powerful.” This location was also featured in the fourth-place winner from Wiki Loves Earth 2018. Photo by Aboubakrhadnine, CC BY-SA 4.0. 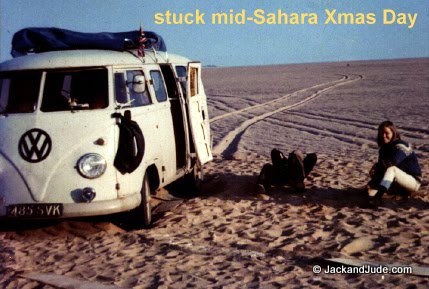 1969 ~ The only prize we won was surviving
and still being together after 52 years.

Till next time,
we hope the seas are kind and the wind fine.
Jack and Jude

Please Stay Tuned – We’re going for a romp in the deep stuff to gaze upon vacant horizons and let our minds dream of faraway places while soft breezes ruffle our hair.