This area has always been a favorite of ours. The Raspberry/Cooradooral area is peaceful, easy camping once the descent has been made. There is a side trip up the Cooradooral just a day outing to the Demon Fault. For the hardy, a long trek can be had by going downstream along the Mann and exit at Jackagery. Either have a car swap in place or hitch a lift back up to Raspberry Lookout. We’ve done that quite a number of times, usually takes us about a week. Just before the confluence with the Nymboida River is Cheery Tree Creek where in the 1900’s a gold mine was in operation. 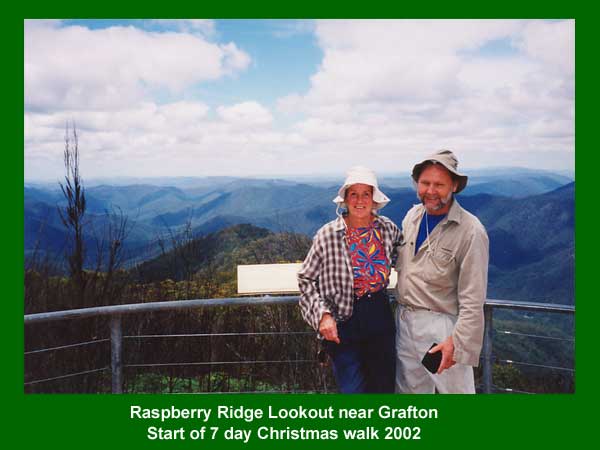 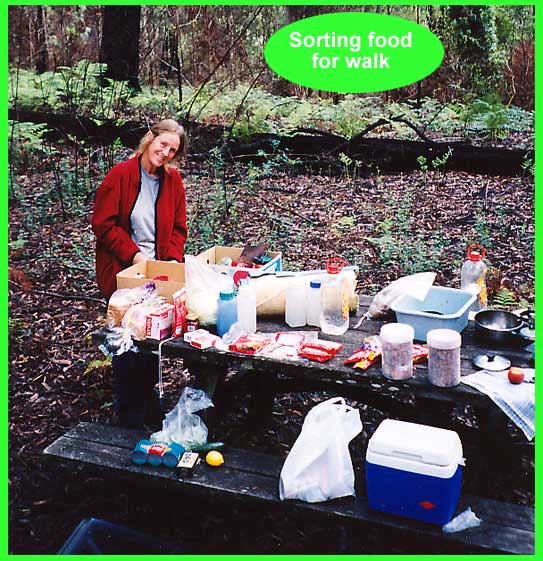 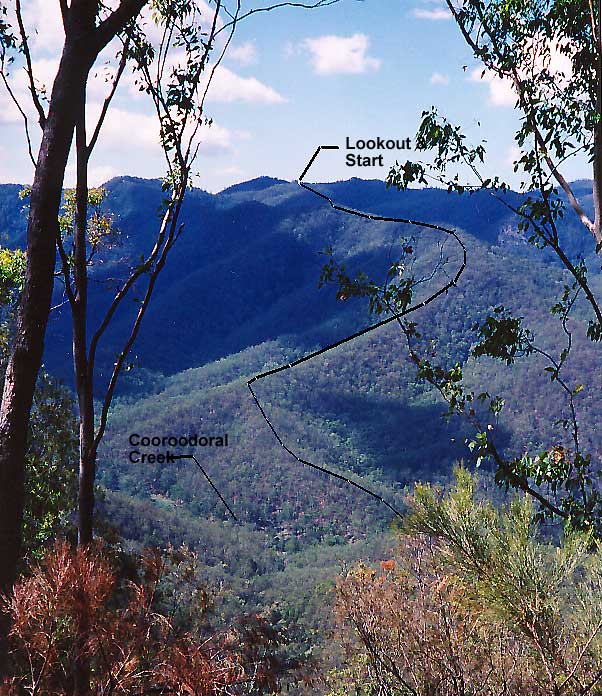 Route down ridge from Raspberry Lookout

At the start, after about 1.5 km, it is important to find the correct spur to leave ridge line – it is difficult to tell which direction to go as the ground falls away steeply and there are other spurs radiating from that high point marked in GREEN.
We plot a gps position on the correct spur at about 700 m height marked in RED. See larger map 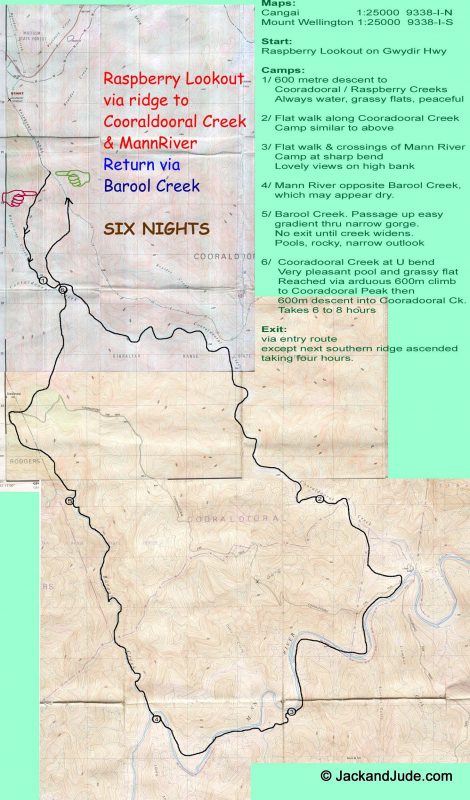 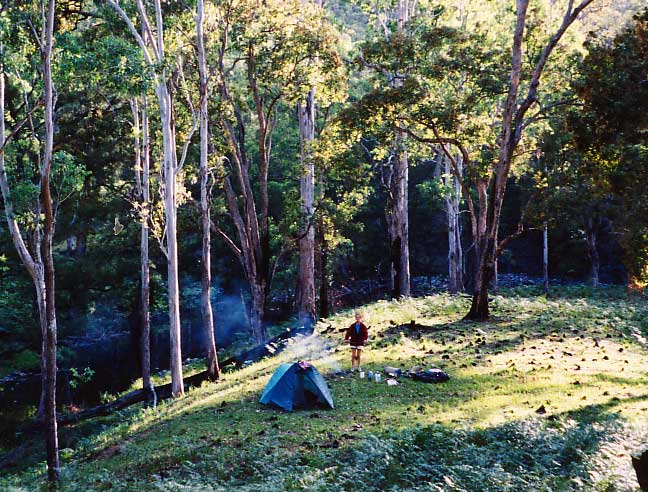 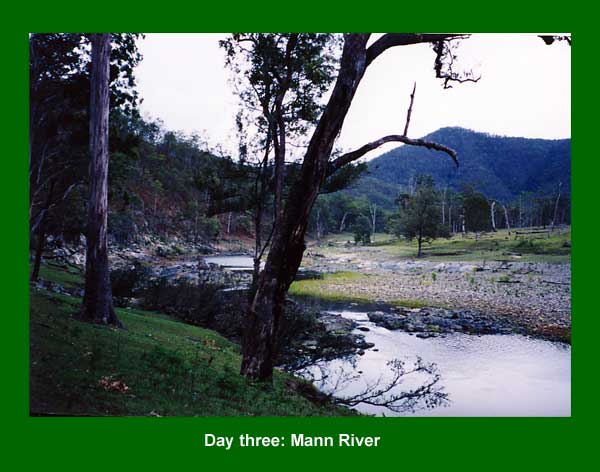 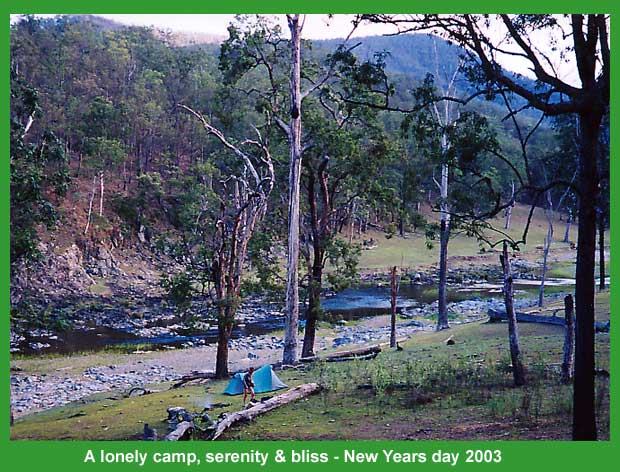 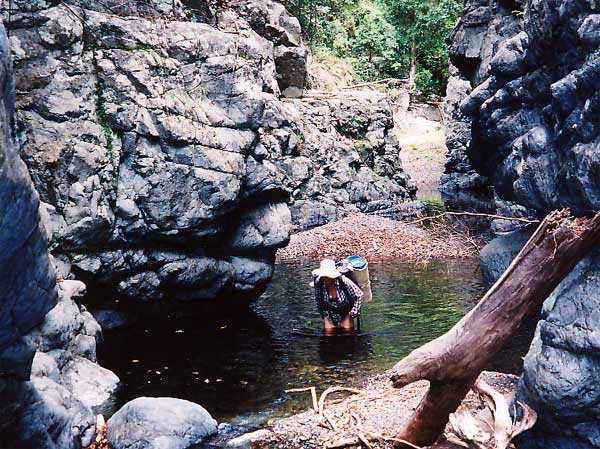 Barool Creek – narrow gorge,  exit lies after this – may be a barrier if Barool River is up 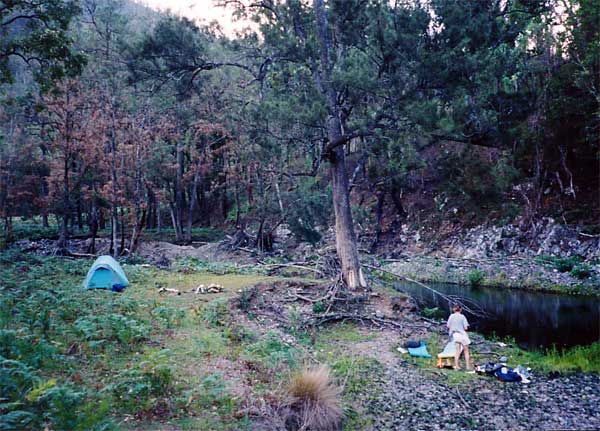 Camp six – back on the Cooradooral after 600 M ascent / descent

NOTES:
1/ At the confluence of the Corradoral and Mann Rivers was a ranch with the bunk house remaining. Good camping around there – There is an easy access along Narala Road 20 km for 4WD to a gate, (good camping there, no water) which then requires a two hour descent to the Mann after locked gate.
2/ Just before Camp Three was a homestead years ago and remnants of it remain – wire, tank.
3/ Opposite Camp Four is a flat that also had a homestead on it with an old tank remaining. Take care around this campsite as there are many thorn trees