With plenty of good food flowing from the barbie and more coming out the fridge, our good weather lasted through a wonderful Father’s Day when the Three Amigos celebrated another year of fatherhood with all our children playing like the kids they still are.

It’s always such a treat to have the family gather to celebrate our strength and unity, our good health, while we have loads of fun, the memory of which we’ll carrying in our hearts through any trying times ahead. My thanks and heart felt affection goes to my oldest son Jason, manning the wood barbie and his brother Jerome, running crazily around entertaining the little ones, plus big hugs for Jude’s tasty salads and treats. 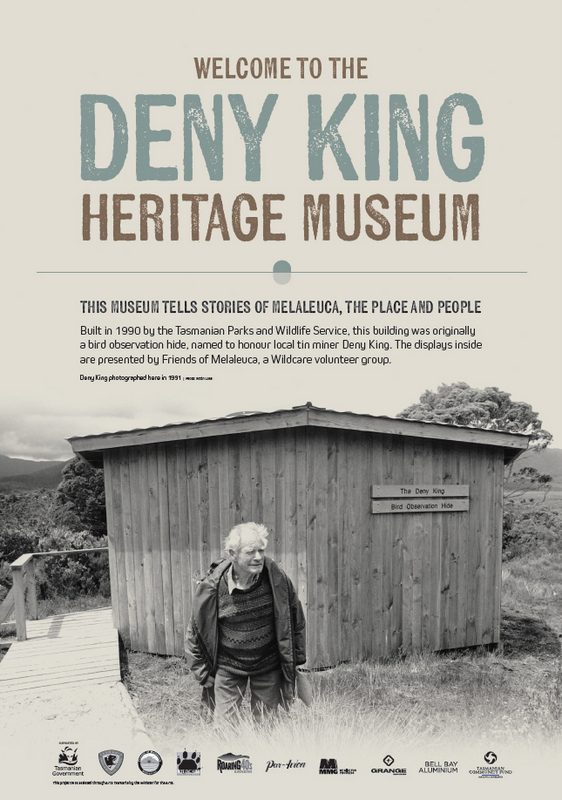 Then late in the day, a pair we first met during an amazing encounter arrived. Geoff and Janet Fenton had come from a wintry Tasmania and were checking out the neighborhood. Our first encounter happened after trekking to faraway New Harbour on Tasmania’s south coast. Since then we have worked on a few projects with a passion for the unique wilderness that has seen the creation of two Wildcare groups committed to maintaining and improving facilities in the west and south west. Staying the night at our place gave us a great opportunity to hear how the Deny King Heritage Museum in Melaleuca was coming along. 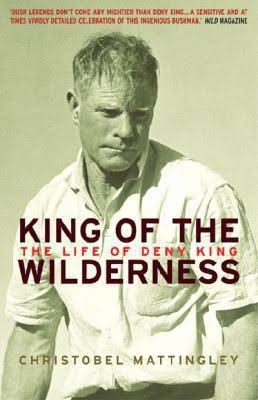 Janet Fenton is the natural fit as the President of the Friends of Melaleuca as she is the daughter of legendary bushman Deny King, tin miner, naturalist, artist, environmentalist. If you’re looking for a fantastic book about an icon of Tasmania’s far southwest whose continued efforts saw the area around Melaleuca successfully declared a World Heritage site, then find a copy of King of the Wilderness by Christobel Mattingley. It’s one of those books that you’ll keep to read again and again.

There are no roads to remote Melaleuca which can only be reached on foot, by boat or small plane. While it’s renowned for its world heritage area, few know about its mining history. From the 1930s until quite recently, a small settlement mined high grade alluvial cassiterite (tin oxide). 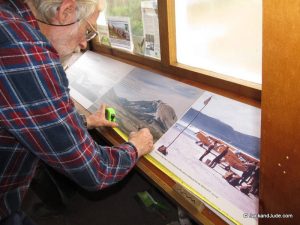 Friends of Melaleuca
The volunteer group Friends of Melaleuca was formed in 2009, shortly after the area was permanently listed on the Tasmanian Heritage Register. The area is important for both its natural and cultural values and includes the homestead and garden of the late Deny King AM. 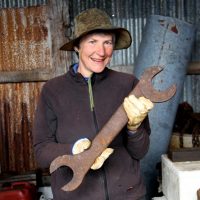 Janet Fenton said that one of their primary aims was to demonstrate that a mining area can be successfully rehabilitated and used for tourism and education. The group aims to undertake practical work such as maintenance of heritage buildings and other infrastructure.

Heritage Muesum
Research of family archives, historical records and government reports and the development of the interpretation material was undertaken by Wildcare volunteers. This was expanded by contributions of historic images by the Tasmanian Museum and Art Gallery, Queen Victoria Museum and Art Gallery and the Tasmanian Archives and Heritage Office. The material was then refined and edited for inclusion on interpretation panels designed by Lea Walpole of Queenstown, the graphic designer. 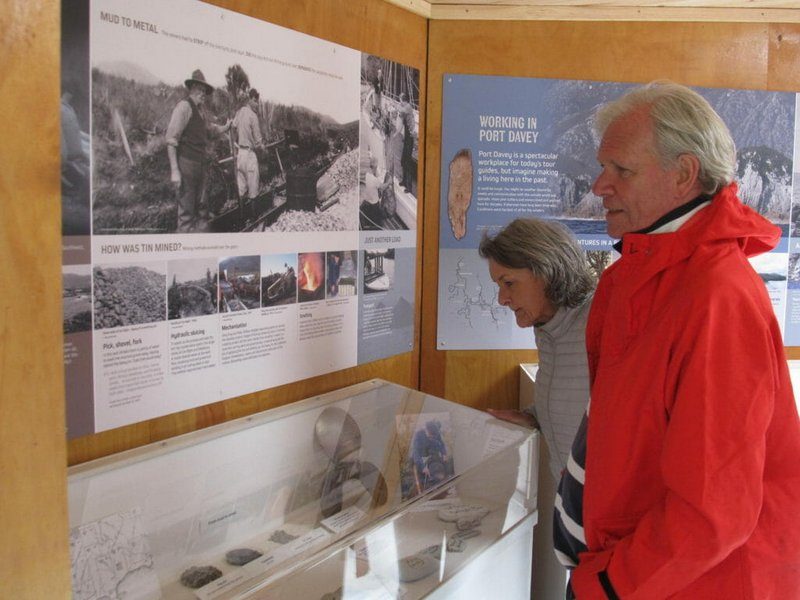 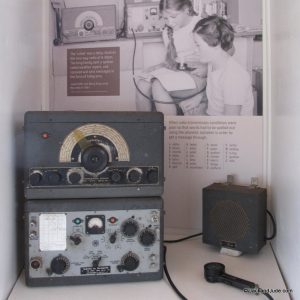 Seventeen interpretation panels were matt laminated and mounted to aluminium composite, taking into consideration the damp climate at Melaleuca. These travelled by boat and were installed in the museum by the volunteers. A number of display cases were also constructed specifically for objects selected for display

What a treat for those visiting Port Davey. But please if coming by yacht or mini-liner, do not bring your vessel up the narrow shallow channel. Instead anchor at King’s Point or off Clayton’s Corner and dingy up the few miles to the landing pontoon, keeping all the stakes on your left going upstream. 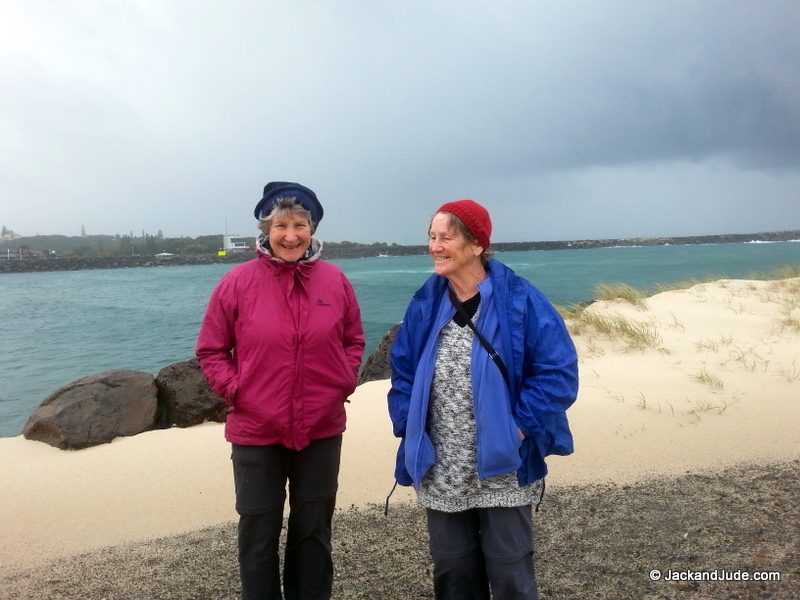 Janet and Jude – birds of a feather
Cute, passionate, informative, and fun

In a recent report, the highest authority states that based on deep, sophisticated modelling which looked at the most economical way to replace our ageing coal plants as they retire, the Australian Energy Market Operator (AEMO), who is responsible for operating Australia’s gas and electricity markets and power systems, said, “The lowest cost replacement for this retiring capacity and energy will be a portfolio of resources, including solar (28 gigawatts), wind (10.5 GW) and storage (17 GW and 90 GWh), complemented by 500 megawatts of flexible gas plant and transmission investment.”

New coal power didn’t rate a mention! And no wonder. Prices of electricity from new renewable energy projects are already far cheaper than the likely price from the new-generation coal plants some Coalition MPs want to see built.
[ More in Save Earth Now ]

Putting the Capital Back in Nature

The word Nature was first used in the 12th century and has come to represent all of the phenomena of the physical world collectively, including plants, animals, the landscape, and all the other features, forces, and processes that happen or exist independently of people, such as the weather, the sea, mountains.

Before the Scientific Revolution, Nature was considered in a spiritual context, deserving of respect and admiration. But now that we have come to use Nature’s animals, fresh water, minerals, forests in a non-sustainable way and destroyed some of the balance, we have replaced the capital letter “N” in Nature with a lower case one.

This may sound absurd
We know that this may sound absurd in today’s view of economics, but we just got back from Tenterfield, birthplace of the nation and home to Australia’s biggest rock, where we noticed that to camp next to The Rock would cost $68 a night for a family of five with children over five years. That’s $12 a head, plus another $8 for the car, bring your own camping gear. 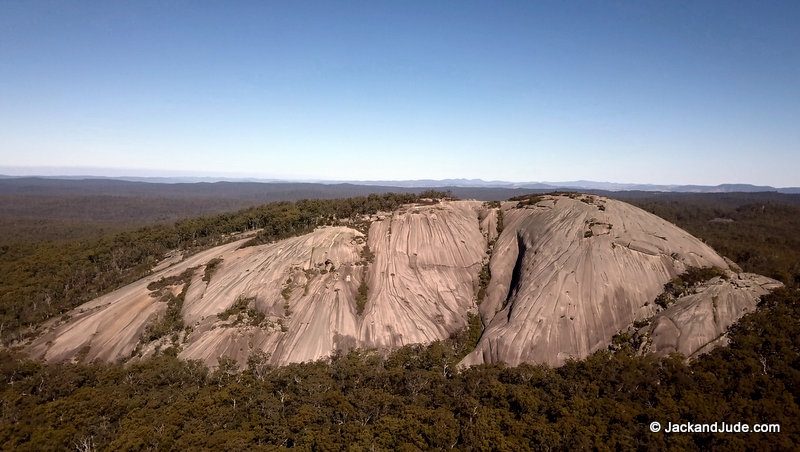 Is that Expensive –
For only three days of camping to let your children explore the magic of Nature would cost a family of five more than two-hundred dollars in fees. That got us wondering just how many families actually camp at the rock and climb it for the marvelous views to far forested horizons holding pockets of bold granite sculptured by Nature. Having done this ourselves many time, we then wondered if schools bring classes to Nature or did the Scouts have excursions to our Parks for learning outdoor skills with wholesome exercise as a bonus. 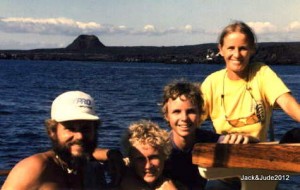 Having raised our children predominately surrounded by Nature, we know that exposing our youth to more Nature will make it better for all of us, and Earth, and the other creatures.

Parks should be FREE
So, maybe Parks should be free, with educators telling stories of what’s surrounding us. That always worked when we were kids, and we think it still works for today’s children. Instead of giving Parks the minimum budget to look after the Nation’s Estate and have minimal activities and restricted access, maybe we should be giving Parks a much higher priority so that we create good healthy kids with an appetite to Save Earth Now.

It has been our experience that children really turn on to little critters in the realness of the natural world and if someone inspirational told them about the creation, and how it works, it would make sense to them and they’d want to restore balance. And for the rest of their happy long lives they would think about doing just that. Think about it.

First step – Get the kids outside and connected to Nature and less in front of the screens. 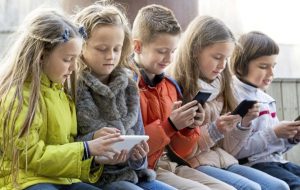