Thursday 27 December In the sunshine before the mountain

All is calm as the silver and gold morning creeps up from Risdon Cove, the site of the first British settlement in Van Diemen’s Land, and given that name in 1794 by John Hayes to honour his second officer, William Risdon, when they were mapping the Derwent in the Duke of Clarence. 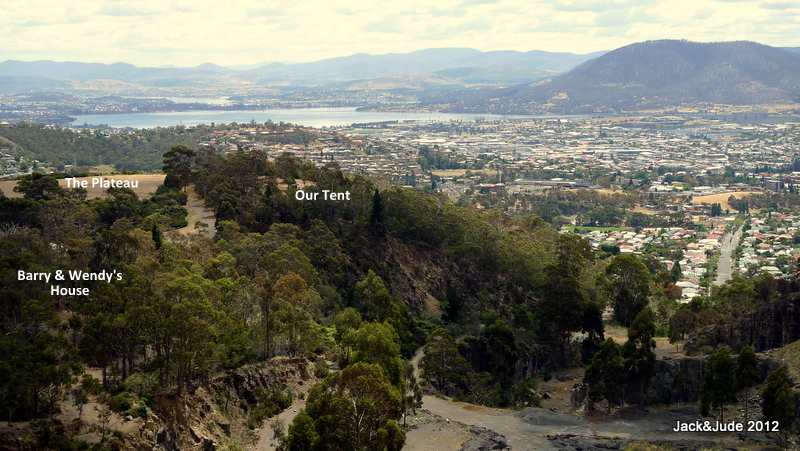 On this last morning at Barry and Wendy’s, away and behind our camp only a hint of mankind is heard within the whispers coming down the brooding mountain with its rocky cap deep in shadow. Its flutes not lost, but hiding some of their grandeur as they await the next burst of sunlight that have been striking almost without notice from behind fleeing clouds. 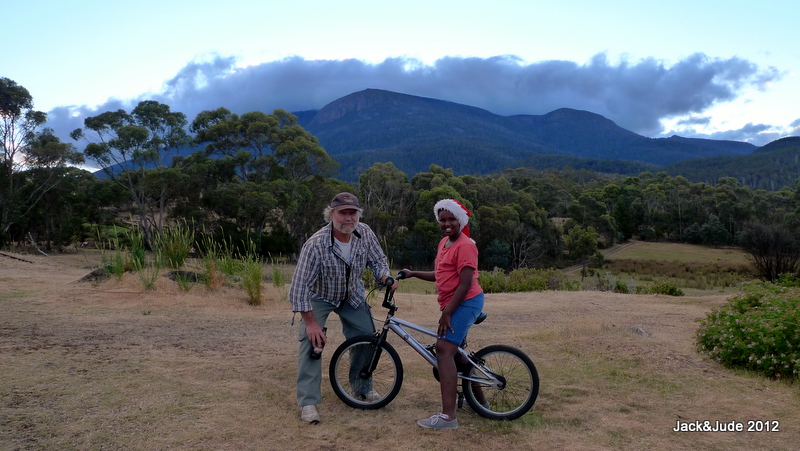 Meet Mansour, Wendy’s grandson, 13 on his next birthday.

Another Christmas has come and gone, the Sydney Hobart fleet has sped out the Harbour and at this early hour they could be halfway to us at Hobart. That’s OK for today Jack and Jude must also leave one paradise and head home to Banyandah, another paradise with unfinished work. 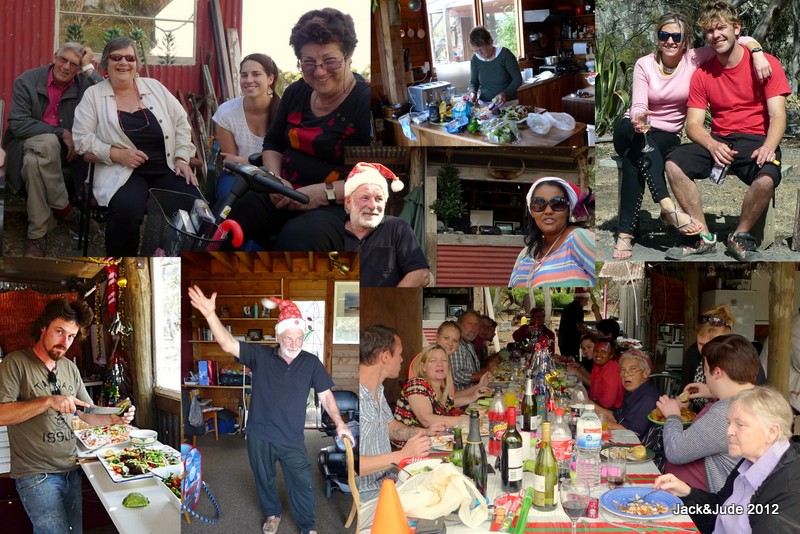 These last three days have flown with so much delight. Each day different yet holding the same precious thread of contact with family members, especially the two young adults on the cusp of life. They will share today’s journey home with us so we may show them the grand lady that has made so many of our dreams come true. Their curiosity has inspired Jude and I into spinning stories of our struggles and conquests, igniting their young minds, and I confess to shedding some tears on two occasions when recalling poignant moments that turned me into a softy. 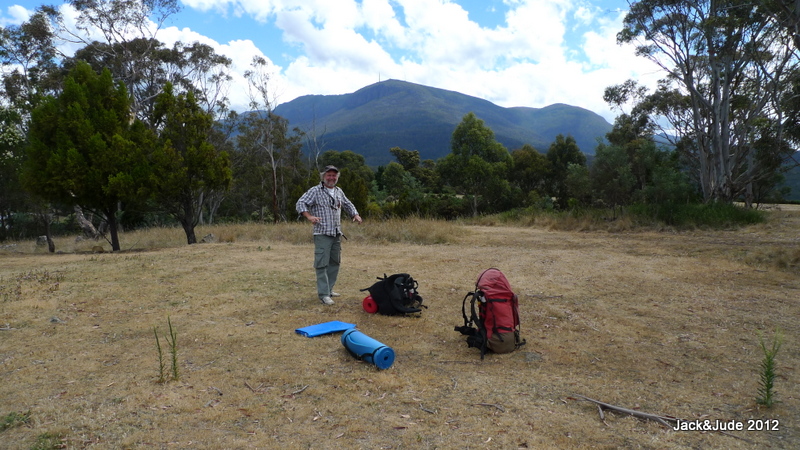 Barry and Wendy’s place is something very special. So intensely surrounded by dramatic nature, and yet just over the rim, a capital city spreads to a seascape promising adventure and commerce. Boxing Day’s fine weather sent Jude and I walkabout up and around the cavernous quarry that created the extraordinary landform upon which Barry built his house. As a young lad growing up just one street below the quarry, Barry made them an offer for the land holding the mine’s overburden. And in the late 1970s, when the bluestone quarry finally finished building Hobart’s roads, Barry secured his dream bit of land. 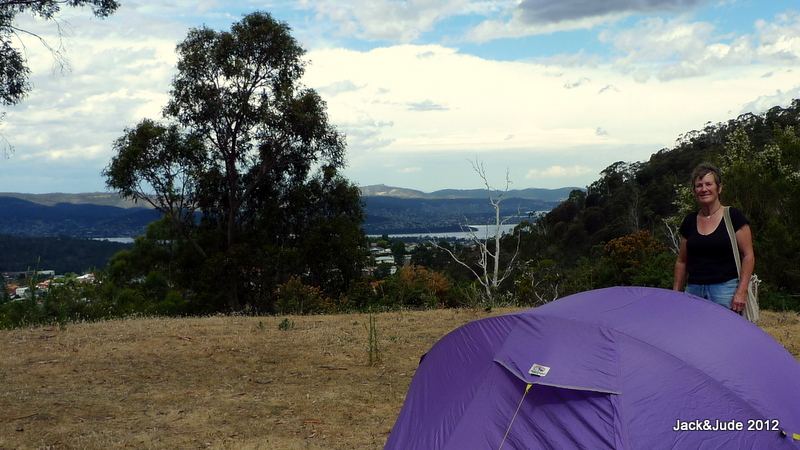 Downtown Hobart just round the hillside 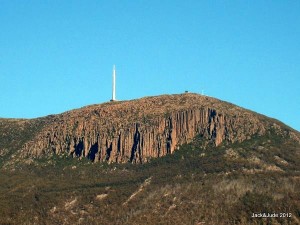 That was decades ago. Today the suburbs brush along one side, but the property’s exposure is pure nirvana. Magical green forests reach for the summit where the Organ Pipes stand proud next to where other mountains stretch north towards a gigantic silver medallion with a jagged tongue named the Derwent. In a park like atmosphere full of open spaces, distant clouds and mountains become a changing billboard as the sun plays hide and seek. Here a conservatoire would find inspiration and peace in an area crisscrossed with walking trails that lead to nearby Mount Lofty, or far away to the peak of majestic Mount Wellington, adorned with two surreal spaceship objects that smack of man and perhaps spoil her lovely natural shape. 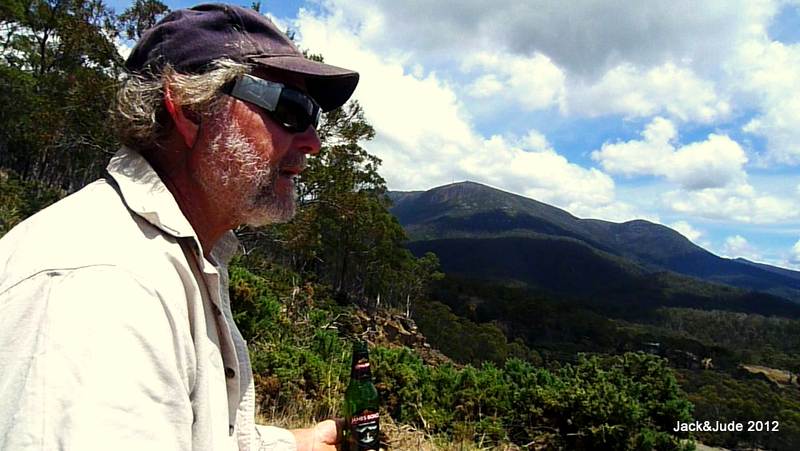 Down to earth Barry is presently navigating through the finer nuisances of property development. A new water supply has opened the possibility to share this magical location with others and he’s up to eyebrows in developing 12 large blocks. Something we have discussed – along with so much more. Thank you immensely. Needing a break from sanding and priming, this holiday on the plateau has proven a straight path to heaven. In between our walks and socials, Jude sketched the mountains and gum trees, while Jack laid horizontally polarized listening to ‘jock witty’ sing his repetitious greeting. 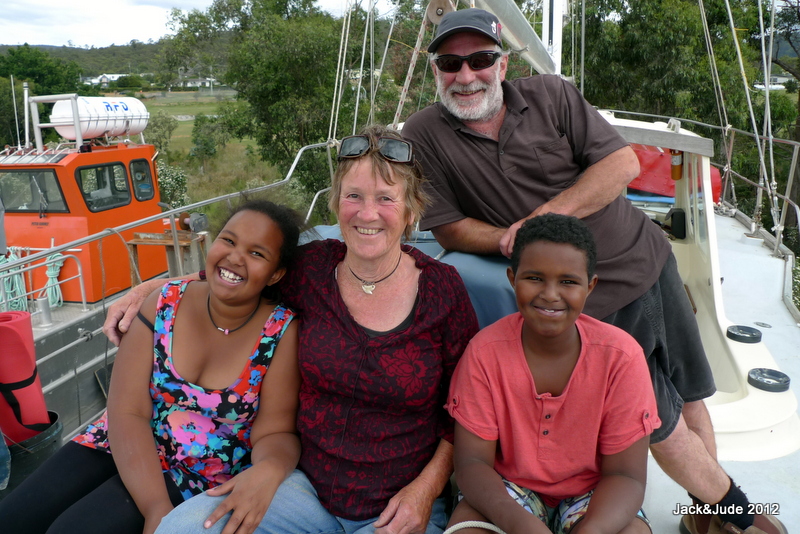 Munira and Mansour with Barry and Jude on board Banyandah