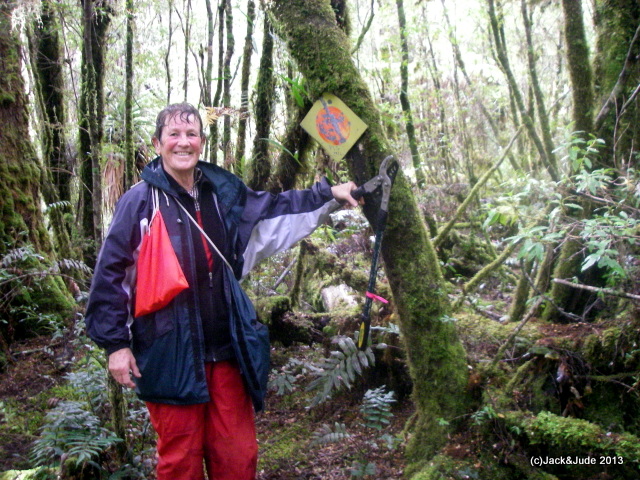 Have you ever dreamt of trekking a historical track through some of Earth’s most exquisite virgin rainforest? If you have the stamina, courage, and can take care of yourself in thick bush, thanks to a few friends, the historical track through never before touched rainforest once used by Sir John and Lady Jane Franklin to travel between the World Heritage Franklin and Gordon Rivers in west Tasmania has been cleared and is again open to trekkers. 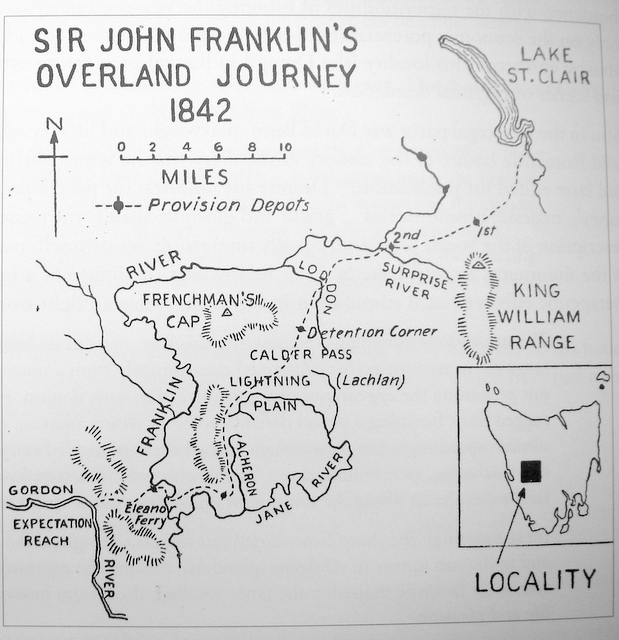 Note: the cleared track is only between the Gordon and Franklin Rivers

Originally cut in 1840’s by Tasmania’s Surveyor General James Calder, aided by a gang of convicts, it took two years of the most arduous, wet, miserable work to forge a way from Lake St. Clare through scrub, mountainous terrain, then after crossing the Franklin River, through tea-tree plains below the Elliot Range before plunging into dense rainforest bordering the Gordon River.

There are two excellent accounts of the magnificent adventure undertaken by Lady Jane Franklin, who, although the wife of Tasmania’s highest office holder, demanded that she walk through what is still some of Australia’s toughest country. The first account was written by David Burn in 1843, a journalist who accompanied the 30-person party. And the second, titled Recollections of Sir John and Lady Jane Franklin in Tasmania. was written some years after the event by the expedition leader James Calder.

This remote part of SW Tasmania receives nearly three metres of rain every year, so expect slippery slopes, plenty of leaches, mushrooms and fungi sprouting from every bit of rotting wood.

So why do it? Hardships aside, we experienced one of Earth’s grand hideaways. Unique, full of Nature’s beauty, and of course, rewarding to complete. And while you are under that thick canopy smelling the rich earthy aroma of lush vegetation, imagine Lady Jane and her lady in waiting, slipping down those same slopes, maybe rain or hail falling, her frock mud splattered, her shoes splitting open, and she not only enduring this, but encouraging the others to press on. And then you will have had an adventure well worth retelling until you are so old the moment will seem like you were a child.

How to organize? The man to talk to is Trevor Norton, master of the Stormbreaker, which does upwards of sixty trips a season up the Gordon River right past you’re departure point. Trevor knows this track better than anyone and he’s not only a very nice person, he’s profoundly knowledgeable. He will tell you everything about your challenge, take you to Eagle Creek,  and arrange to pick you up. Trust him, we do. In this world of extreme adventures,  Trevor Norton is your man. 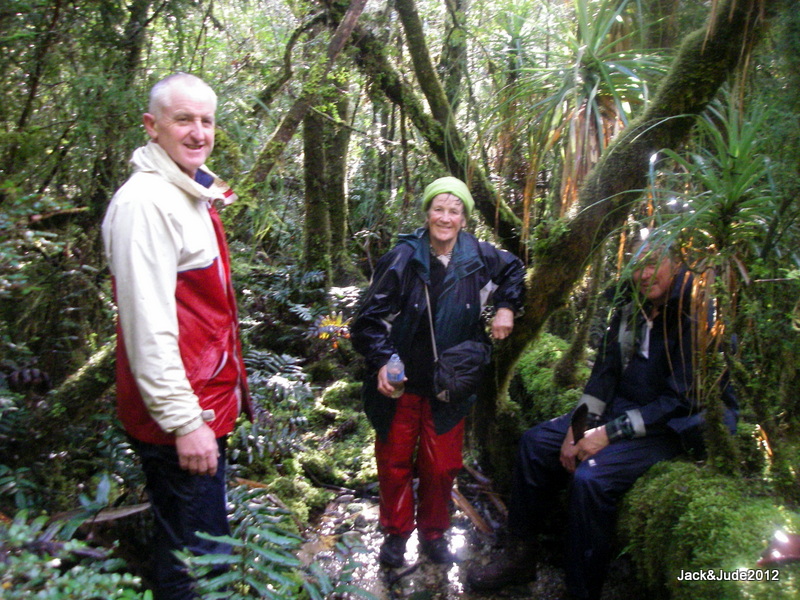