Just a quick note before we head off camping tomorrow with our grandkids. Sorry if there are typos.

It may be winter and rather chilly outside, but here at home base, Jack and Jude have been puffing steam over new projects, goodies, and dangers. Here’s what’s new –

East Coast LOWS
After a rather challenging voyage up from Tasmania, we had no sooner tied Banyandah alongside the jetty when a nasty East Coast LOW developed just offshore. By golly, these devils deepen quickly. The strong Nor easterlies preceding the front came off the land and passed overhead easily, but after the front the westerly flow attacked from across a wide fetch, slamming our lady against the dock repeatedly. That storm rapidly intensified as it headed south, severely damaging homes and infrastructure along the coast, including the marina facilities at Coffs Harbour. Just two weeks later a second Low developed, and this one blew from across the river, and in a terrible night, during a savage gust, our kedge anchor warp snapped. Moments later our aft barge board broke, sending Jude and I to battle stations. We spent the next five hours keeping our veteran craft from damaging herself against the jetty. During that cold windy vigil we fended her off with our feet while holding extra padding between ship and posts, all the while fervently praying for the wind to ease while our thoughts drifted to our vacant Tasmanian mooring. It might be handy alongside, but a mooring is safer and easier on the boat. Is it us, or are you finding the weather a bit extreme lately?

Just a few years ago, many were sceptical that mankind’s activities could alter the ecosystems of such a huge mass like Earth. But today, there’s little doubt that not only is Earth’s climate changing, it’s changing far faster than the experts predicted. On our “Earth Now” webpage we have added several very disturbing reports of species recently lost from the extreme ocean heat. Entire ecosystems have collapsed with nearly 1000 square kilometres of kelp forest lost, along with the myriad of creature that called those forests their home. Mangrove forests in the gulf, the primary nurseries for our baby fish, have died too, killed by extreme water temperature just like the beautiful corals of the Great Barrier Reef. Meanwhile we note, during an overly long political campaign, little was heard on climate change from our politicians. They seemed to focus only on jobs and growth and bad mouthing one another. Not so important when many species are being exterminated and infrastructure is being destroyed. 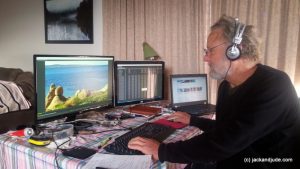 On a happier note, we have invested some of our limited funds in a very powerful, video editing studio to help produce our new adventure DVDs that will show how beautiful and diverse Australia is. And to help add another dimension to this work, we’ve taken a huge leap by investing in a high powered drone, which represents a sizable chunk of our savings. As we almost always work near an ocean or river, the thought of several thousands of dollars spiralling down into the sea still gives us a few sleepless nights. But we’re shrugging that off and looking forward to the magical aerial footage of the rare places we visit. Wish we’d had a drone with us last April at Preservation Island in Bass Strait. The footage we have is spectacular, but the view from aloft would be incredible. 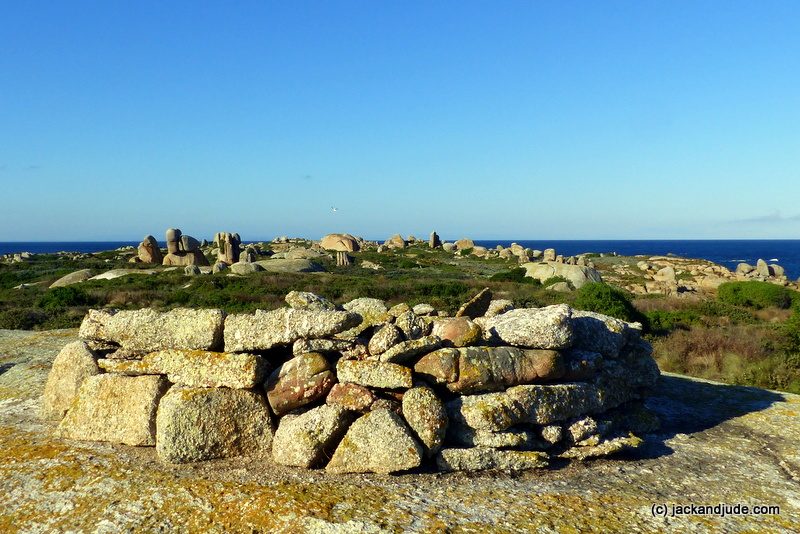 The boating community has always embraced a word-of-mouth culture to share recommendations and advice with one another. We’re a helpful lot, so about two years ago we joined forces with a dedicated group wanting to build a website for Australian boat owners to find businesses, boats, products and cruising locations. They wanted to create a place online where we can read what other boat owners have said and share our own experiences. Mike, Ian, and Jessica Watson of Deckee have worked assiduously to create a fast, easy and accessible way to share opinions and experiences online. It’s very helpful; all it needs is your voice. Why not drop by for a visit.

Wow, we’re among Deckee’s first Deckee Pros. Jack and Jude, along with several other well-traveled boaties who have shared a high standard of information and encouraged an inclusive, sharing culture have been made Deckee Pros.  We’ll display our new badge with pride.

Everyone knows Jessica Watson, that brave and daring and wise sailor, the youngest to sail solo around the world non-stop. Well, she just published an article describing our four favourite Australian anchorages in which she called us Cruising Legends. It’s probably hyperbole – but we’re rather chuffed.

Remember our 2013 jaunt into the Coral Sea to look for the French Frigate Duroc? Well, we’re planning a new expedition and would like to hear from masters with suitable craft and experience to join us this October in another search for that 1850s wreck 500 miles offshore. Let’s chat, email us with your details.

Coral Sea Guide
There are now over a hundred cruisers using our Coral Sea Guide. To help others, we’re hoping that those who have used our guide will drop in at Deekee and give it a review. Appreciate that, thanks.

That’s all for the moment. Till next time, may your wind be fair and anchorages delightful.

Wow, we’re among Deckee’s first Deckee Pros
And we’re rather chuffed by being called Cruising Legends by Jessica Watson, a brave and daring and wise sailor, the youngest to sail solo around the world non-stop. Look at this – Here’s an article she just published at Deckee.com

Jack and Jude Binder have a lifetime of experience travelling, exploring and sailing. They raised their family on their yacht Banyandah and have circumnavigated Australia many times, twice in the last decade alone. They describe Australia as unique, saying ‘From the well-developed east coast, tropical north, arid west and temperate south, Australia is a land filled with great diversity and spectacular beauty. Even better for sailors, Australia’s coastline stretches nearly 60,000 km and is linked by over 10,000 beaches, more than any other country in the world. What a wonderful place to be a yachtie!’

When I asked Jack and Jude if they could tell me a little about their all-time favourite anchorage I didn’t get the response I was expecting, but what I did get is four favourites and some fantastic insights that make me want to head off around Australia in their wake! Here’s what this legendary cruising couple had to say…

Jack and Jude: When Jess asked us if we had one all-time favourite Australian anchorage, Jude simply shook her head. ‘How can anyone have just one favourite anchorage in a country as vast and diverse as ours?’ Here are four of our favourites.

In the south, where wild winds can blow, Macquarie Harbour on the west coast of Tasmania offers ultimate protection in a landlocked waterway six times larger than Sydney Harbour. Surrounded by magical scenery and true grit history, there’s also twenty-mile access along a world heritage river with rainforest to the water’s edge. Facilities at Strahan, the only town gracing its shores, are limited but adequate for everyday needs with a well-stocked supermarket, several mechanics, a pharmacy and clinic.

Named by convicts interned there in the 1820s, Hell’s Gate, the notoriously narrow entrance into Macquarie Harbour, is not as scary as its name suggests. Sure, Tassie’s weather has its bad moments, but Cape Sorrel protects Hell’s Gate from the worst of it. Just do not attempt to enter during strong northerly winds. Full details on our website. Best time to visit – January through March. If you’d like company, every two years the Royal Yacht Club of Tasmania hosts the Van Diemen’s Land Circumnavigation, the next in 2017.

In the tropical north, the King George River passes through Kimberley red rock in awesome displays of power and beauty. After transiting a short, straight river bar protected within a bay, you are safe to explore the river to the twin waterfalls and further on foot into the hinterland that lies beyond. For an experience you’ll never forget, swim in a colossal freshwater pool surrounded by vertical cliffs after first scaling a waterfall at the end of East Arm, then explore the world’s oldest and best rock art further up that normally dry creek. Details here.

Friendly and picturesque Albany, the oldest city in WA, is beautifully cocooned in a lucky cloverleaf of three connected natural harbours. Explore landlocked Oyster Harbour from free moorings next to Mount Martin Botanical Reserve, or look for whales’ teeth on the beaches of King George Sound, first discovered by Vancouver in 1791. Moor inside Princess Royal Harbour at the modern marina central to town and enjoy excellent shopping, fine restaurants and Saturday morning farmer’s market within a short walk. The world famous Bibbulmun Track starts there with camping in SW State Forests all the way to Perth.

Over the years as the rent-a-boat mob have added more pain to the loss of good diving from coral bleaching, we now prefer the Coral Sea islets that still offer great diving and good fishing in safe trade wind anchorages. Our favourite route takes in historical Wreck Reefs, where in 1803 the Porpoise ran aground while carrying Matthew Flinders home with all his newly made charts and specimens, followed by Kenn Reef’s superb mid-ocean lagoon filled with budding new sand isles, then East Diamond Islet, the best Coral Sea anchorage, where huge flocks of seabirds inhabit the low vegetation. Check out our Free Coral Sea Cruising Guide or our enhanced version that works offline on most devices.

Here’s a close up view of a Sea Eagle snatching its prey from the inlet at Camden Haven. Would have been even better if the phone camera had produced higher resolution images because I zoomed in to catch the detail. To clear up some of the graininess, we’ve added slow motion and stills to bring out the beauty of Nature in action. Short and snappy clip