Since created a few years ago, our website has been fixed at 940 pixels width. Now it’s responsive, meaning it should re-size according to screen width – So it should fit handheld devices and all other screens displaying up to its max width of 1280 pixels. A major revamped was required to achieve this, including theme change, new plugins and images.

Jack has been working for more than a week to achieve the website upgrade and he’s pretty full up on web work. Especially as the far horizon keeps beckoning him to set sail, and that just what the Tujays, Jack and Jude, will be doing very shorty. We fly back across the country in a week’s time. Only seven big sleeps till we’re back on board Banyandah. While Jack’s been locked to his computer, Jude has been manning Jerome’s computer shop because he went off racing in the Hobie 16 Worlds held in Jervis Bay. Jerome did fantastically well to make it through the 10 qualifying races and into the finals. The competition was intense. Unfortunately His crew Deb tore off a toe nail on the first day of the finals and had to be carried off the beach. Jerome grabbed a 15 year old kid off the beach and continued racing. Together they finished mid fleet overall, but scored an amazing 11th in the second last race. They all came home battered and bruised holding a trophy.

First chore once back on board will be repainting our decks. The anti-skid paint we applied a few years ago in Port Lincoln didn’t stick so well. It seems we should have used a primer – even though the paint maker said none was needed. Don’t believe everything you read. A lesson relearned after many hours of scraping and jet blasting off the flaky acrylic paint.

After that we’re heading east, first to Esperance then the Recherche Archipelago and onwards, investigating all the little out of the way spots to South Australia. Watch this space

Film Making on the Gordon River 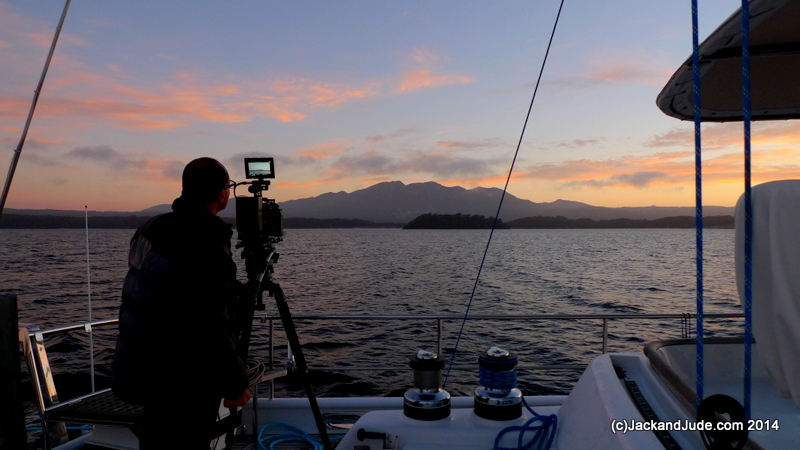 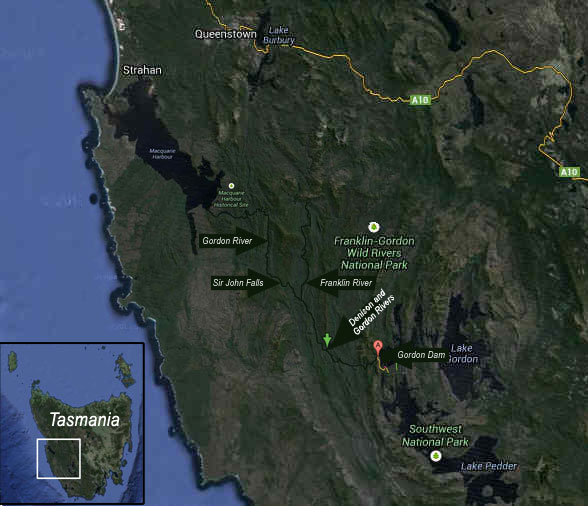 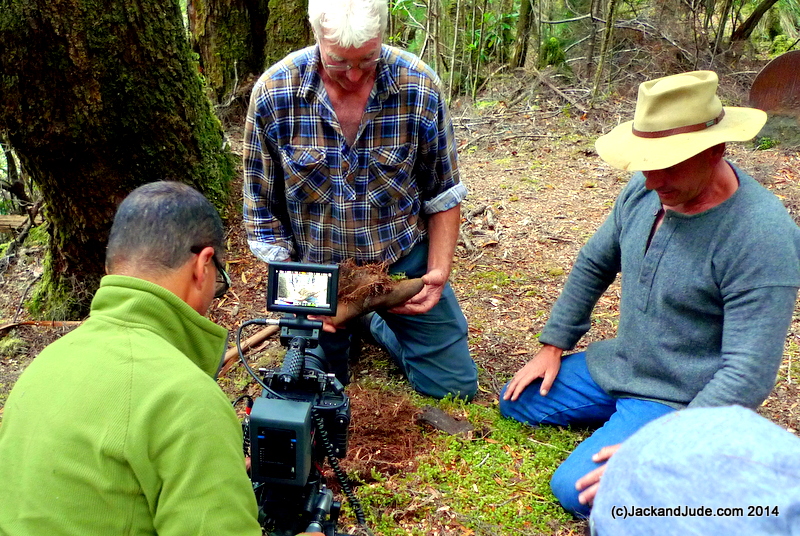 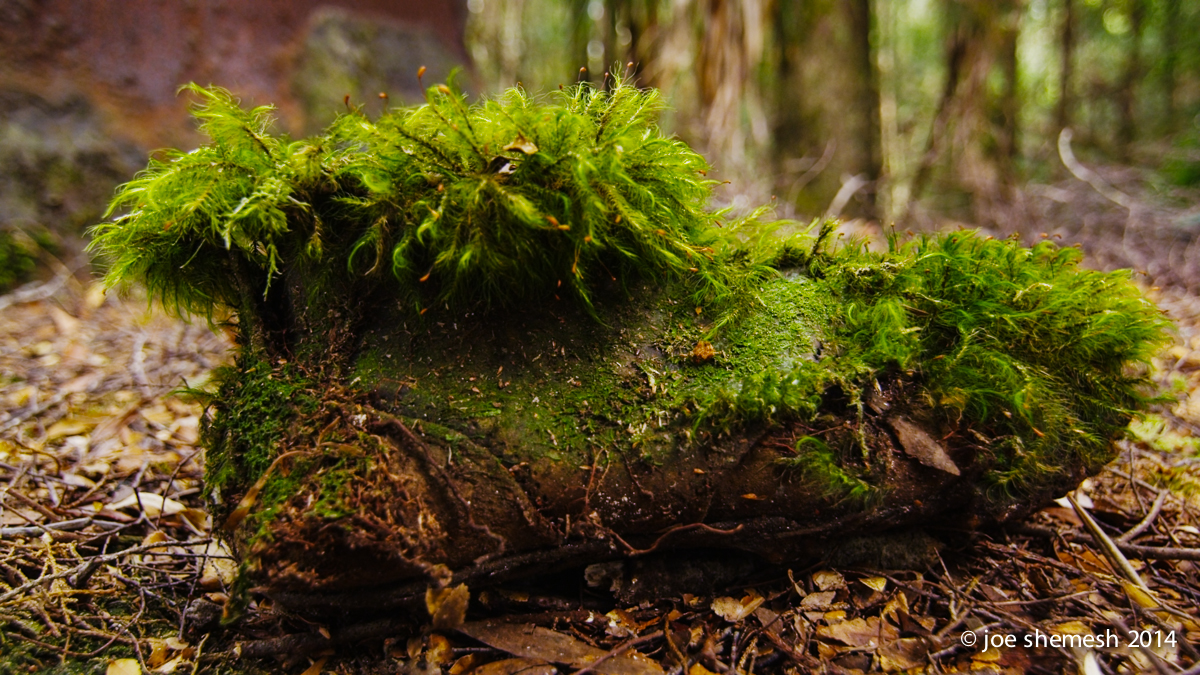 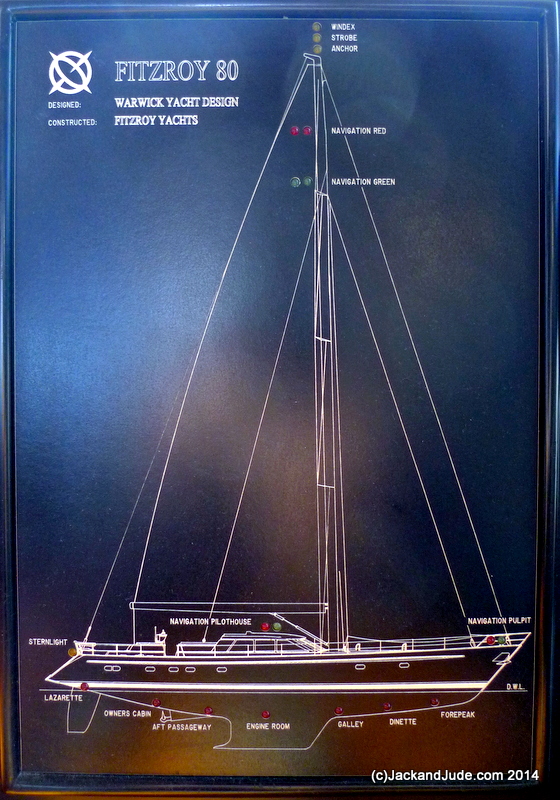 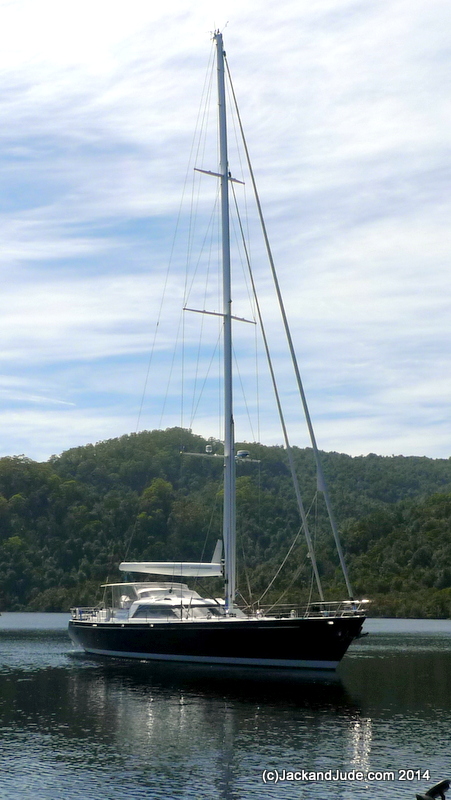 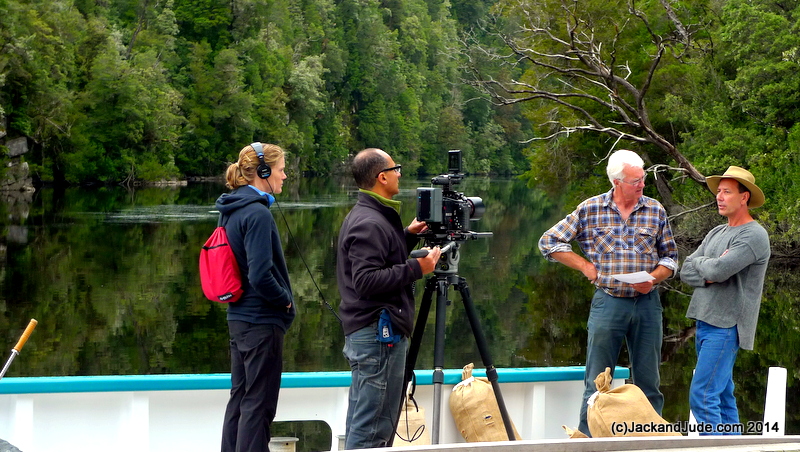 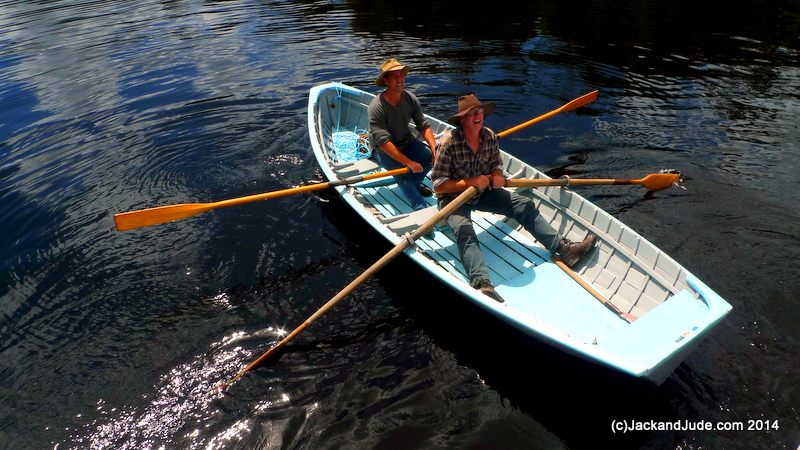 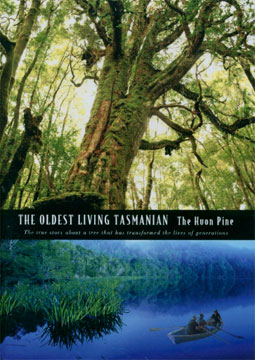 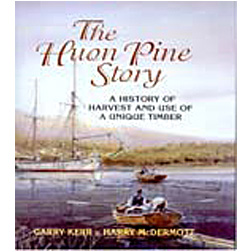 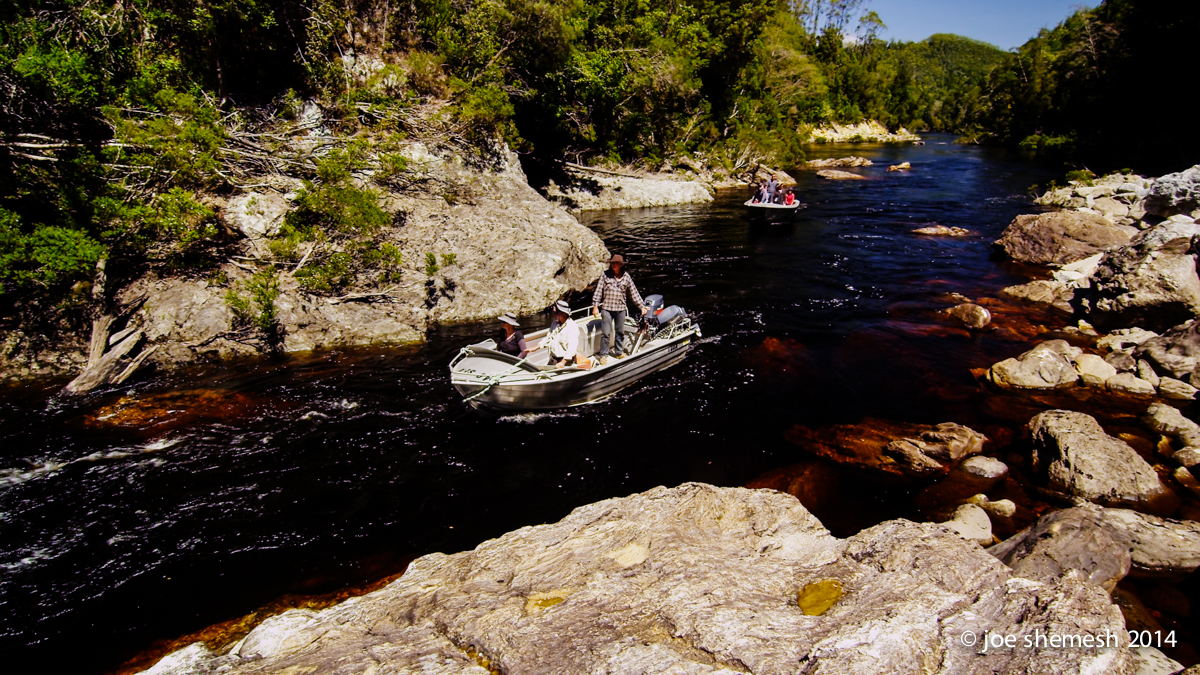 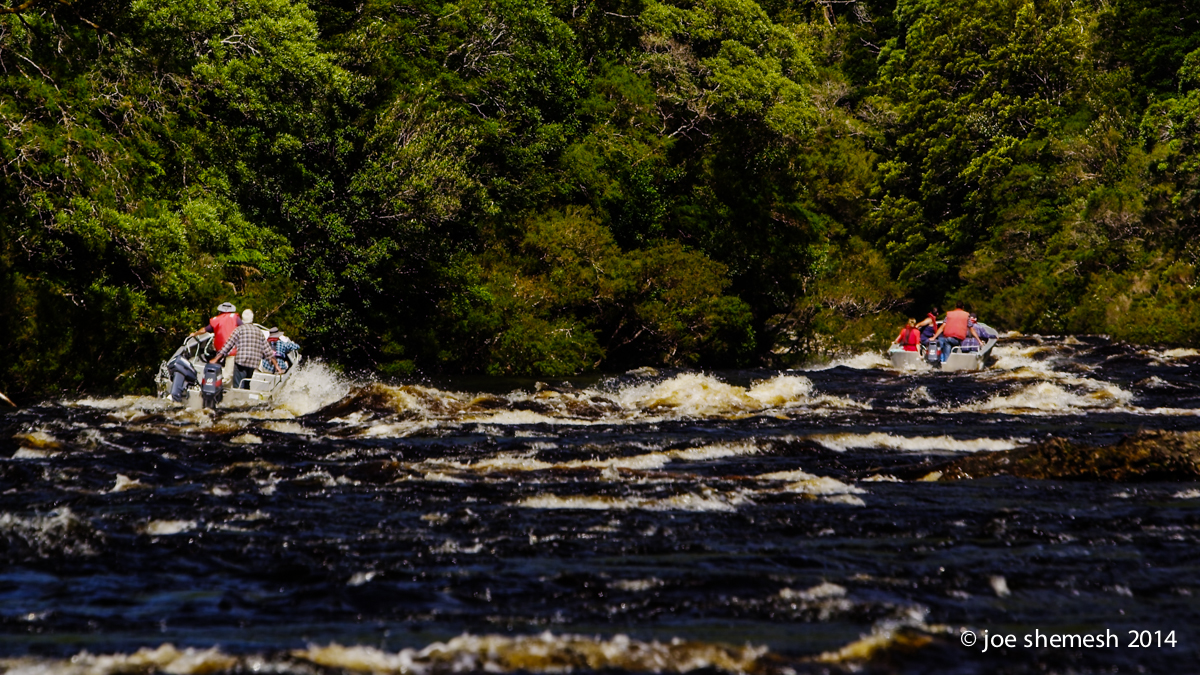 In making this documentary several points needed to be made clear. Ronnie and the crew were determined to correct the myth that these trees were eliminated by the piners of the past. Everywhere we ventured inside the World Heritage Parklands, along the rivers and in the forests, we witnessed with our own eyes that these trees are abundant with many mature trees surrounded by saplings and young trees. 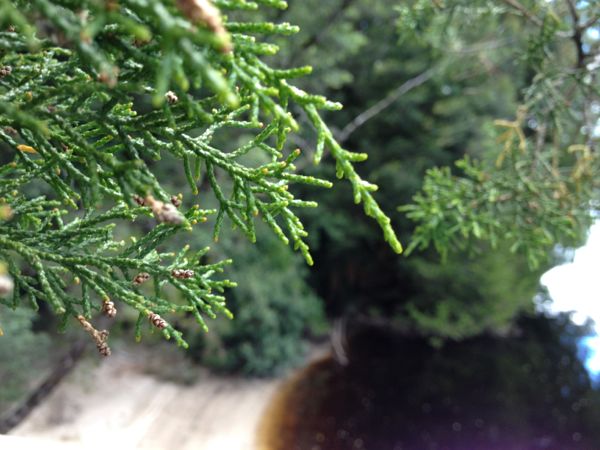 Huon pines are distinctive trees, easily spotted by their drooping deep green branchlets, akin to needles, and quite different from the other species. Myrtles, also found extensively, have a small dot shaped leaf and Blackwood, also plentiful, have large leaves and gnarly bark. But there is a species of trees that has greatly increased in numbers – Eucalyptus. These are now seen standing in great numbers well clear of the forest canopy sweeping up the hillsides and along river edges. This may be because of our changing climate, aided by the few quite large forest fires that have occurred naturally in the recent past. Whatever created the conditions for these trees to flourish has brought an ill wind to these ancient forests because Eucalypts shed branches and drop copious amounts of leaf, adding greatly to the fuel on the forest floor. If hot, dry conditions persist, the chance of intense fires grows alarmingly, and we may in fact see the demise of the ancient Huons, Celery Tops, and King Billy Pines. 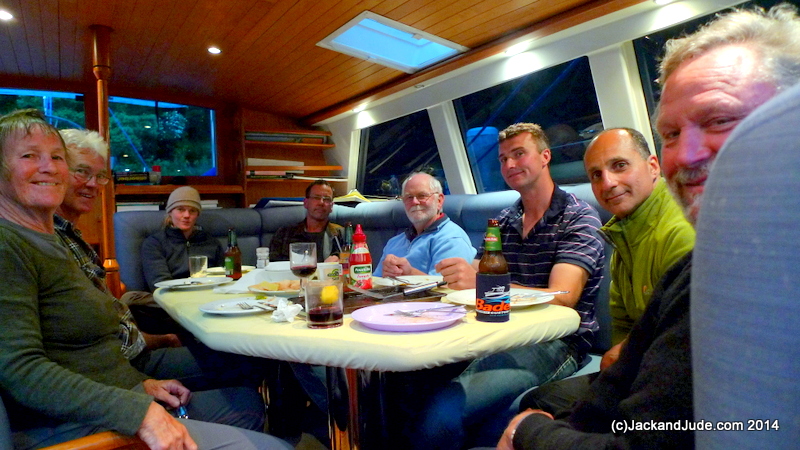 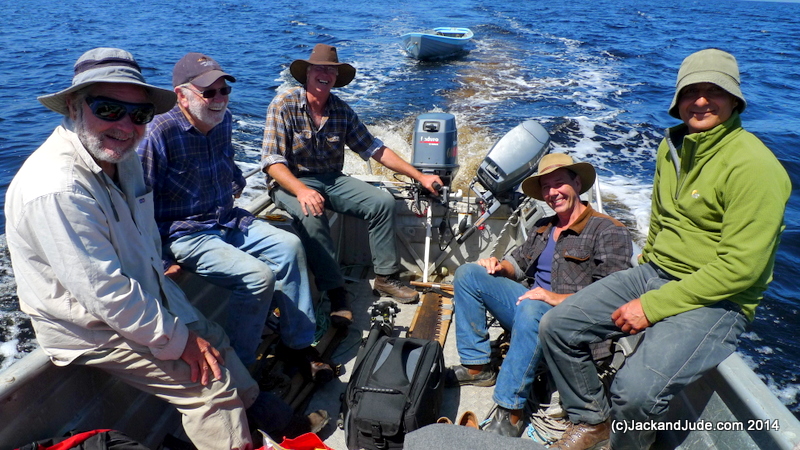 A similar adventure can be enjoyed by all who are fit and have some bush skills by trekking the historical Eagle Creek Track that connects the Gordon with the Franklin River. See our notes on the track that was recently cleared and re-opened.

Post Script – 5 Feb:
We are home and surrounded by a swarm of grandchildren and loving it. Ballina is green, wet, and everything seems to be in order here – house still standing, car runs smoothly, kids are well and going great guns.

Our journey out of Strahan was long and arduous. A whole day on a bus winding around every bend in Tasmania hyped us up and wore us down to such a level that our friend in Launceston had to pour a whole bottle of champagne down us before we began to settle. Which better said is we finished three champagnes one after another then embarked on an evening of funny stories, fine food, and many frank and revealing recollections. Starting early next morn, two air flights with a long wait in dreary Sydney saw us safely into our family’s arms, all’s well that ends well.

Jude’s knee performed wonderfully well on our treks into Tasmania’s rainforest while filming the documentary. In fact she is better on uneven ground than flat pavement. We had trekked rocky creeks, along wallaby tracks, up slopes, and used saplings to hoist ourselves up onto ledges. Her Pro-Orthopedics knee brace did a magnificent job.

Jude worked very hard provisioning the ship for the eight on board, and provided a yummy lunch everyday that we went off to shoot scenes way up into the upper reaches of the Gordon River. Our latest blog has a map showing how far up we got, and there’s a link at its end to another big swag of photos. Might whet your appetite to do a rafting trip down the Franklin to the Gordon, or as I suggested in my blog, to trek the historical track cut for Sir John Franklin in 1842 that we helped clear last year.