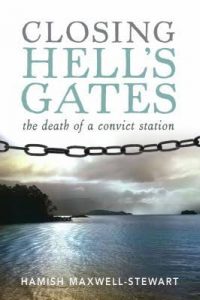 In Closing Hell’s Gates written by Hamish Maxwell-Stewart, Macquarie Harbour is described – “At the farthest corner of an island, at the very end of the world lies a windswept shore that was home to some of history’s most isolated outcasts. Cut off by mountain ranges it served as a place of exile within a land of exiles, a prison within a prison.”

Farm Cove
The history of Farm Cove is aligned to that of the penal colony in Macquarie Harbour on Sarah Island 1822 – 1833, which required the growing of crops to help feed the prisoners and soldiers. Being so isolated from Hobart, or any other settled place, it was important that the settlement become as self sufficient as possible. Brick making was carried out on the western shore of the harbour, lime was obtained from the Gordon River, and efforts were made to establish a farm to provide food for the settlement. Sarah Island proved to have very poor soil, even when augmented with lime and soil from the mainland. By 1824, a farm attempting to grow potatoes, corn, and wheat, was situated on the south arm of Farm Cove. But despite nourishing its soil with ashes, lime and seaweed, its crops failed.

In 1825, a new site was found for the farm, this time on the tip of the north arm of Farm Cove, near present day Goulds Point. Potatoes were the main crop, and the soil again dressed with lime. Pigs were also raised. Structures at the farm included a substantial stone building for soldiers and several huts for the prisoners. The farm was abandoned by 1832 when it was described as ‘fast relapsing into its original state of wild luxuriance.’

Many will remember the devastating fires that burnt great areas of Tasmania’s world heritage forests in January and February of 2016. It had been the very dry winter that prepared the land for the intense lightening strikes, some say over 500 struck in January.

Catastrophic
Although not significant in terms of property loss, the impact on the Central Highlands and the World Heritage Area lands has been claimed to be catastrophic. The destruction of the heritage areas achieved international attention and the Overland Track was evacuated due to the fires.

Finding the Farm at Farm Cove
In January 2016, Macquarie Harbour was attacked simultaneously by several small fires, but it was the one at Goulds Point, Farm Cove that burnt the understorey of what had once been a farm used by Sarah Island Penal Colony circa 1825. 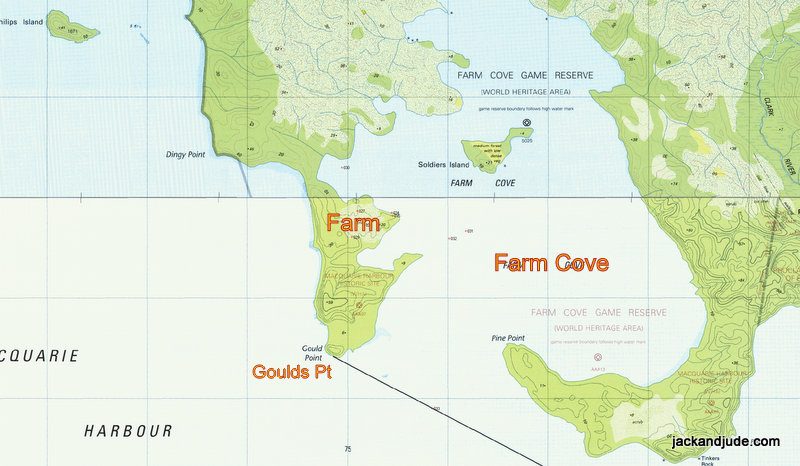 After those fires were extinguished, each time we’d sail past those burnt hills we wondered what historical treasures might be revealed. A few other members of the Friends of Macquarie Harbour held a similar view and together we mounted an expedition to look for the farm last in use nearly 200 years ago.

Finding the Farm in Farm Cove from JACKandJUDE
Video of our reconnaissance and search.

Results
One of the best results from such a monumental outing, besides actually witnessing where the people worked and struggled 200 years earlier, but it was the wonderful regeneration of Earth that most affected us. Seeing this magnificent creation in “full speed ahead” gave us hope that Earth just might survive the poor handling by her people. 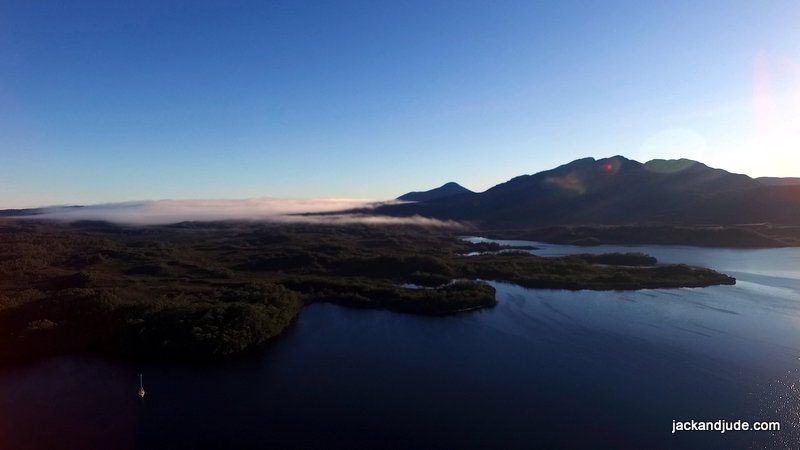 Charter Yacht Stormbreaker in position off the Farm in Farm Cove 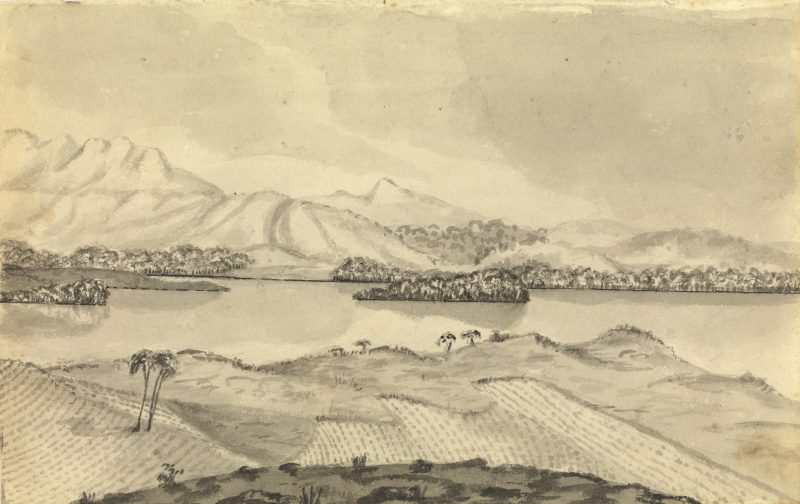 The Farm at Farm Cove
Painting by Lempriere 1828
Allport Library and Museum of Fine Arts, Tasmanian Archive and Heritage Office 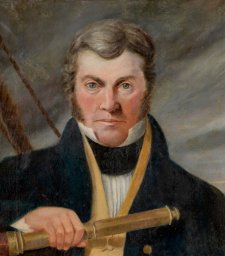 Thomas James Lempriere (1796–1852) was a colonial public servant, writer and amateur artist who came to Van Diemen’s Land in 1822 and received a land grant and became a founding shareholder of the Bank of Van Diemen’s Land. In 1826, he was appointed to the Commissariat Department, working as the storekeeper for the penal settlements at Maria Island and Macquarie Harbour before transferring to Port Arthur in 1831. Lempriere took a keen interest in the landscape and natural history of the various places he visited and also developed some skill as a portraitist. Kinghorne sat for this portrait during his visits to Port Arthur in the Isabella in March and April 1834. In June that year, Kinghorne returned to Hobart with the painting which is inscribed: ‘Capt. W. Kinghorne Commanding HM Brig Isabella painted by TJ Lempriere Commissariat Dept & presented by him to his friend Capt. K. as a small token of regard.’