Quiet Time
Unless we’re heading north or out into the Coral Sea, winter is a quiet period at our home base mantaining both our house and yacht, editing video, producing DVDs, and writing books.
In Tasmania last summer and fall we filmed at two locations close to our hearts – Port Davey and Preservation Island. At both we not only captured the unique beauty of these isolated locations but also presented stories of why they are important to history. These productions are now in their final stage being readied for production available in December in time for Christmas. 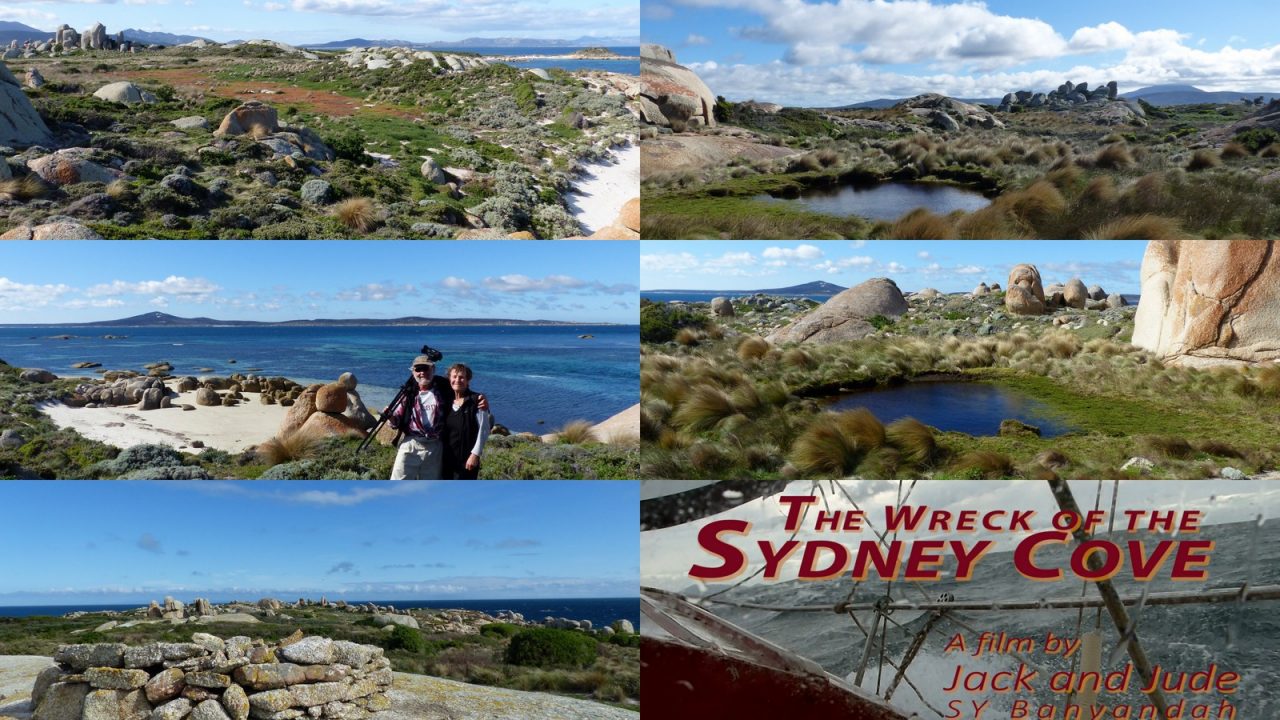 Filming at Preservation Island
The Wreck of the Sydney Cove

Casilda Cove Storm Anchorage
While editing a new video, we came across footage from 2009 taken while sheltering from a gale in Casilda Cove – Port Davey. Freezing rain, trees madly swaying, but shows how great a storm anchorage is Casilda Cove.