Linkedin
Success – Coral Sea Video Ready
Jude here saying it is nice to see my man so pleased, and me too because the final DVD disc has come out super quality. Jack says it is because the original footage is HD.

The Blu-ray edition is of course a bit better in colour and finer detail, the picture more lifelike. We sent a copy on a SD card to my sister in England and they had a party of thirty at my nephew’s house watching on his big screen. All very excited. Loved the wildlife. Little ones shouting whenever seeing the birds. It’s nice to share these exciting adventures. Can’t wait to send a few special friends a copy.

I see a specialist on Monday who will examine my swollen Achilles’ tendon that has been trouble for some time. The day after, if the weather holds good, Jack and I are going bush walking for awhile. I’m taking my sketchbook and will look for a sunny spot among the trees. 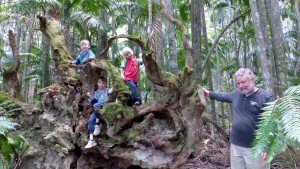 Jack here wanting to say that I am just so happy. It’s been a marvelous day exploring with the little ones in the palm forest below Minyon Falls, then coming home to make the first rendering of our Coral Sea Video.

Making a video is quite challenging and I believe it begins with knowing your equipment, being in the right location and filming in a creative style. Then comes the long and many days of cutting it into a story, squeezing out the shakiest bits, or if the shot is a must, ironing out the jitters with yet another program. 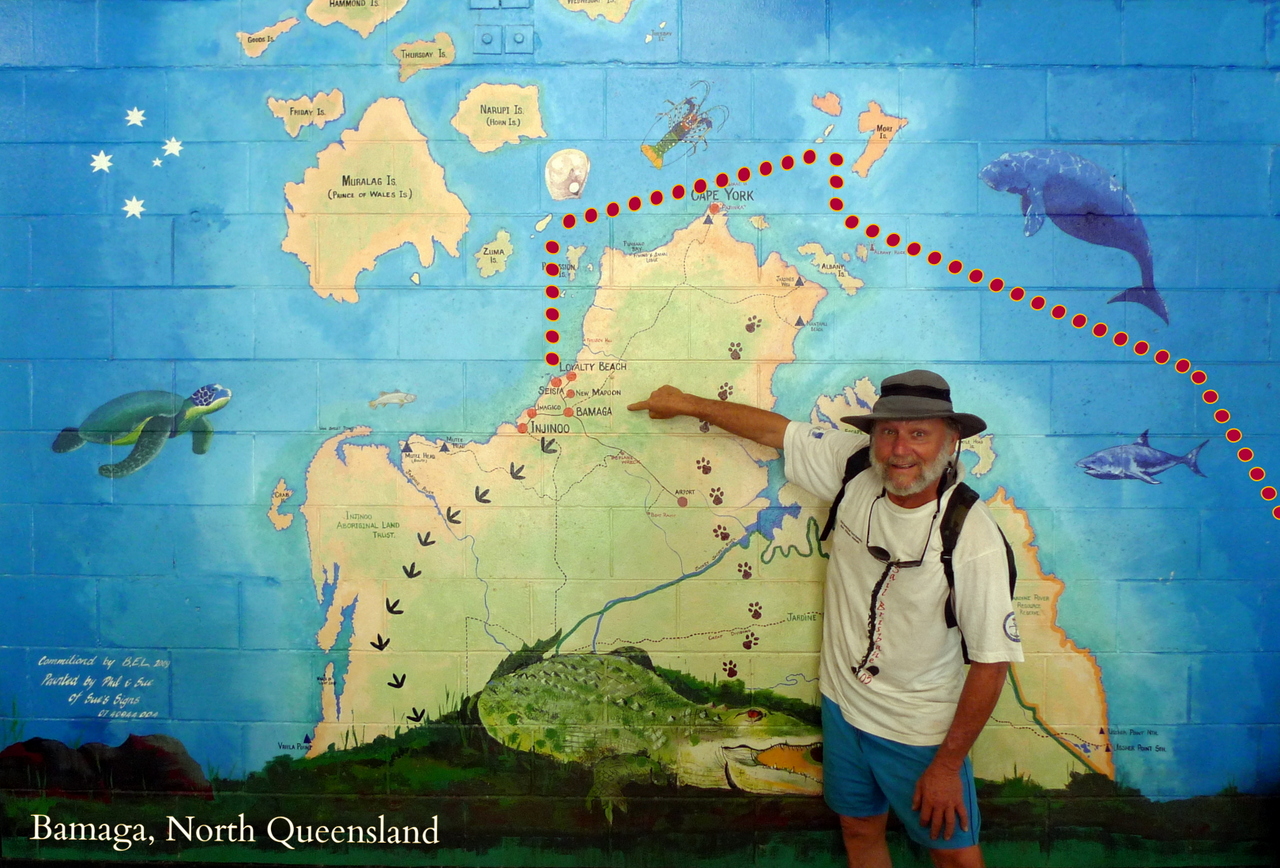 Back to land after our Coral Sea Adventure 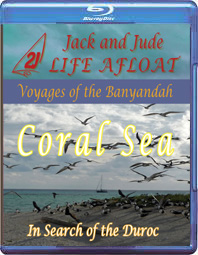 Blu-ray High Definition is richer in colour and sharper than DVD. It’s a much larger image, 1920 pixels X 1080 pixels compared to DVD at 740 X 480. The HD image has finer detail and jumps out in realism when DVD at times can be a bit lackluster. That said, our Coral Sea DVD is the best quality we’ve ever produced because it was created from HD content.

Blu-ray’s extra zing comes at a price. Both in the purchase of hardware and in the length of time on the editing side. Processing such an amount of information requires a powerful program harnessing a hefty computer to edit and embellish the material then export a useable file. My veteran program wasn’t really up to the task, therefore editing our huge Coral Sea files bogged down and became something of a chore instead of fun. A new computer helped, but my old program still spits the dummy too often.
That said, the hard yards are history, excellent quality videos have been produced.
Click here to continue reading about making our first Blu Ray video.
Our Latest Video


In 1982, Jack and Jude led an amateur radio expedition to Herald’s Beacon, a small sand cay atop Mellish Reef, five hundred miles east of Cairns, Australia’s furthest territory in the Coral Sea. A month before our landing, a cyclone tracked across this low narrow sand island and huge seas swept over it leaving its surface flat and unbroken except for masses of half-buried seabirds with their necks broken. The cyclone’s powerful forces reshaped the island, exposing a coral shelf in which Jack found an embedded bronze eye bolt. Intrigued, this began a search spanning more than three decades. [more here]

Our first Blu-Ray
Being a sailor and used to a few discomfort and setbacks, I plodded on, editing a heap of the 50 hours of footage at Darren’s dock in Oyster Harbour after coming back inspired from the Tasmanian film shot. We showed a patchwork of it to the gang at Albany along with the Tassie stuff. But heaps more editing in Adelaide and here has been necessary to create our best video yet. Our Coral Sea adventure was special, a must share experience, the adventure and heaps of nature a privilege to wander through.

When I finally completed the storyline and it was ready to export the best 90 minutes of footage, only then did we began investigating ways to make the test discs. We purchased a Blu-ray burner and made our first High Definition disk, it took over an hour to burn the 20 GB of colourful scenes and sounds. Playing it straight away, watching it on my birthday present of a wide plasma screen had me gasping, the realness overwhelming until I noticed a glitch, a sound mismatch. Accepting that the battle hadn’t quite been won I focused on how close we were and started planning the next move.

Wanting to tweak a few things on the timeline, I worked for a few more days, completing a second file ready for rendering, that’s the process marrying all the effects into one file, formatted in our case for Blu-ray disc.

Sunday morning early I emptied the folder containing 20 GB of rendering, thinking that might let my program export something instead of crashing. But it didn’t. The usual red notice popped up after twenty minutes and all engines stopped. Next trick up my sleeve, I split the storyline into four quarters and pasted them into new project files to make smaller files easier to work. Rewarded straight away I saw a video packet not looking right. After replacing the faulty file reference, that timeline rendered quickly and displayed so lifelike, it was like being there, back in nature. I had a double victory. I proved that de-interlacing the big camera’s footage greatly improves its quality, and cutting the storyline into four parts then searching for glitches before rendering proved much faster and easier. It has produced a marvellously sharp video.