This unpleasant task is in fact a part of the licensing agreement of the three fish farms; Tassal, Huon Aquaculture and Petuna. But they’ve had so much bad publicity recently over the health of the harbour and its once pristine waters, that a considerable community concern has arisen and therefore a special taskforce was set up to inspect and tabulate the trash found on the foreshores in order to find out how polluted the harbour is becoming. Numerous teams were established to work around the harbour in one big cleanup effort. 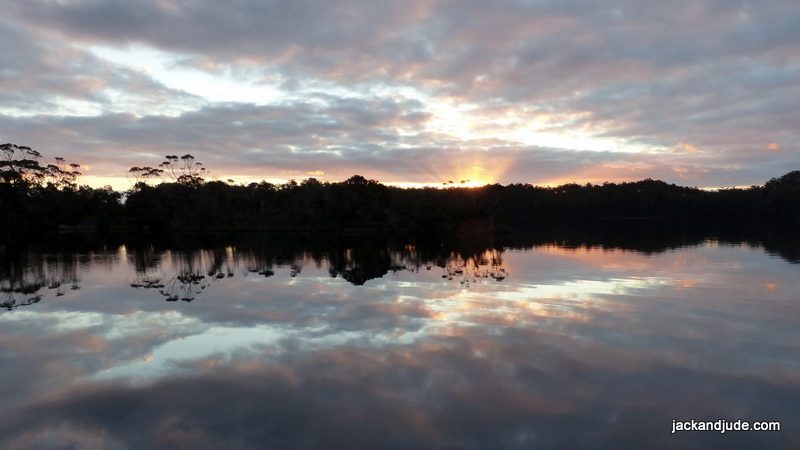 Kelly Basin anchorage the night before the Harbour Clean 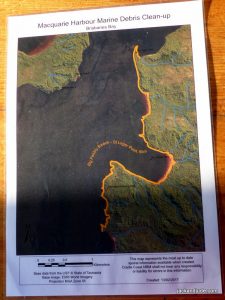 Our zone to clean

In our wanderings, we’ve seen a fair bit of trash and thought it a good idea to know more, and signed up to go with the team on Stormbreaker. The zone assigned to us to clean ran 5 km south from the entrance of Kelly Basin, and included Clerks Bay and Charcoal Burners Bluff to North Pebbly Beach. Trevor Norton, who volunteered the use of his charter vessel, supplied all the food and a few drinks, and so our merry band of eight set off on a balmy Sunday afternoon just days after we’d returned from up river. The following morning, which was a wowser, we were issued with protective gloves and big rolls of bright orange plastic garbage bags, along with rolls of pink marking tape for the stuff we couldn’t carry away.

Having seen plenty of junk scattered here and there on our wanderings didn’t actually prepare us for the magnitude of refuse polluting these foreshores. We split into two groups of three, each covering half the territory, while Trevor and a helper, using the dinghy, carted our full bags back to Stormbreaker, in between pulling out bigger stuff stuck in shallow water. Our team of three collected nearly a kilometre of large diameter black plastic pipe, part of a fish pen, two mooring buoys each bigger than the fattest man, plus thousands of lengths and bits of rope amounting to hundreds of metres, much of it caught around vegetation or naturally trapped by wave action. It wasn’t hard to imagine plenty buried out of sight, waiting to be unearthed by the next storm. Heaven forbid! Synthetic rope is made up of thousands of fine strands which, when caught by the sun and thrashed by wind and sea, breaks up into millions of little short bits that eventually becomes invisible bits caught up in the food chain. Also there were Styrofoam white floats, those used for moorings and markers, many broken into pieces, that when manufactured were made from hundreds of tiny beads of foam, which when breaking up scattered thousands of tiny white beads. It’s no wonder we hear that a great percentage of marine animals ingest such material. We noted how little non-fish farm trash we found in our sector. 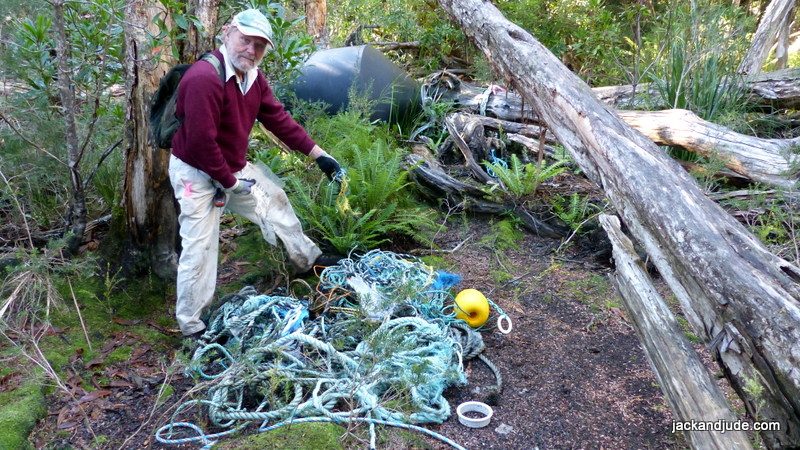 Just a tiny sample of what we collected, including two large buoys 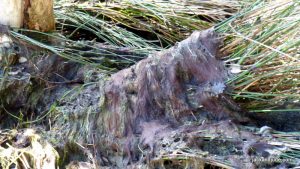 We were shocked by the disregard shown for the environment by the fish farms. Far worse and compounding the magnitude of trash, we found hairy mossy gunge washed over and suffocating the foreshore reeds and buttongrass. We’ve not seen this before and can only imagine that the extreme nutrient levels now in the harbour are causing this. Jobs and growth over protecting the environment will depreciate Earth life until our children accept a degraded Earth as the norm. How sad that is! 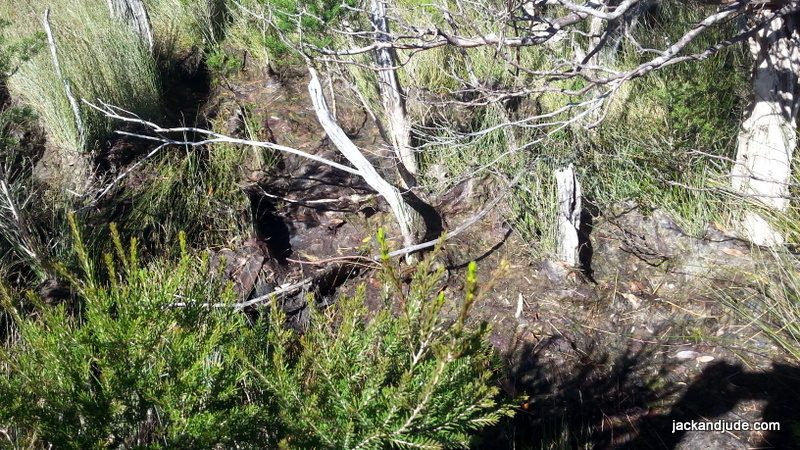 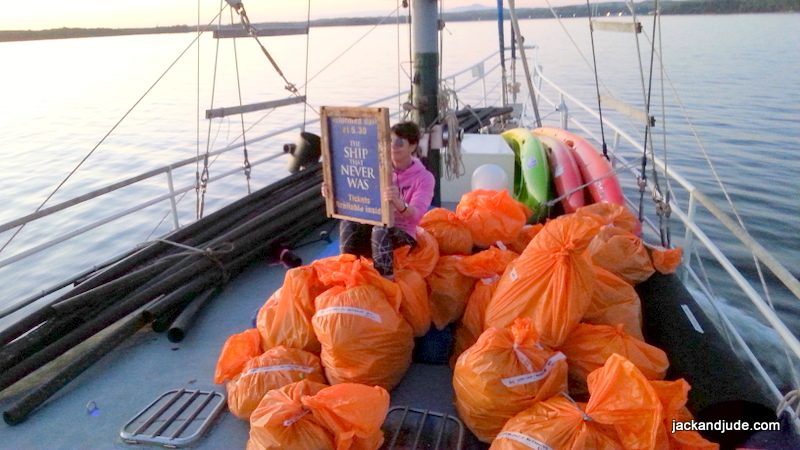 This article has proved so interesting to our followers that we have added more photos so that you can better judge whether these commercial ventures are treating the surroundings with due respect. Our thoughts, if this were anywhere else, an industrial zone or city, they would be in front of a court on charges of littering, if not something far greater. It is even more scandalous that this is a World Heritage area, supposedly to be kept pristine.